10 Things You Need to Know About the Alhambra, Granada 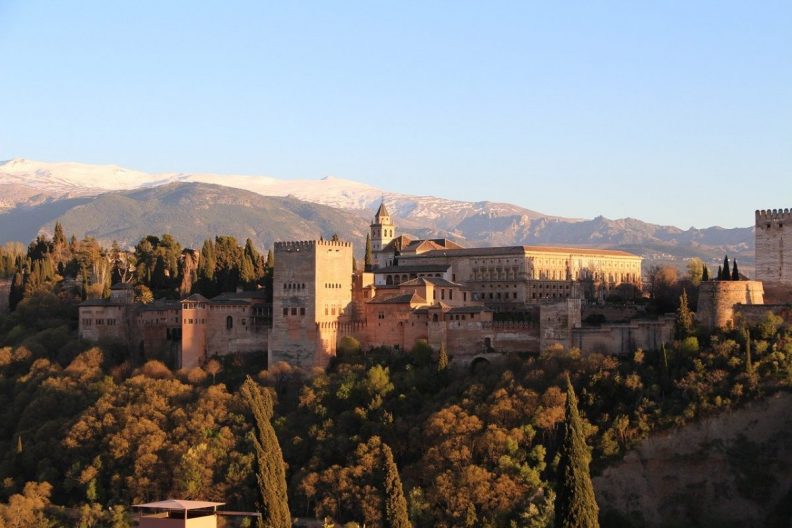 If you’re looking for some great Medieval places around Spain, or even around the world — you landed on the right page. Perched upon a hilltop in Granada, Spain, the Alhambra (lit. “The Red One“, “The Red Fortress”) is known to be one of the most unique palaces in the world. With more than 12 centuries of history, this palace is an example of a perfect mixture of different architectural styles. Interested to learn what makes Granada’s Alhambra palace so special? Keep reading, here come the 10 things you need to know about the Alhambra.

So, What Makes Granada’s Alhambra Palace so Special?


1. It Was Built on the Roman Ruins

The hill which the Alhambra palace lies on top of has been an interesting place for building a fortress since Roman times. The palace was built on the remains of a Roman fortification in 889, and it was pretty much ignored until the 14th century when the foundations for the Alhambra as we know it today were laid by the Moors.

2. It’s One of the Best Examples of the Moorish Architecture in Spain

It was the Moorish emir Mohammed ben Al-Ahmar who commissioned the construction of this palace, which was eventually turned into a royal palace by Yusuf I, Sultan of Granada, in the mid-14th century. The palace was designed in the style which was typical for the Moorish rulers of the time, so you can see a lot of horseshoe arches, arabesques, and calligraphy all around the palace.

3. It Was Redesigned by the Christian Kings

The Moorish rule didn’t last that long after the construction of the Alhambra, and at the end of the 15th century, the Emirate of Granada was surrendered to the Catholic Kings of Spain — King Ferdinand II of Aragon and Queen Isabella I of Castile and became the home to the Royal Court. Just like the previous owners, they felt the urge to redesign the palace — it was done according to the Renaissance style which was popular at the moment.

When the Catholic Kings of Spain took over the palace, it started to grow — it became a wonderful complex of rooms, palaces, courtyards, chambers, and gardens. Today, everything around this complex is a reminder of the multicultural past; the Moors planted the roses, myrtles, and orange trees, which are the perfect contrast to the English elm trees forest gifted in the 19th century by the Duke of Wellington.

5. Its Unique Style Is Called Mudéjar

So, as the Alhambra was taken over by the Catholic Kings of Spain, and redesigned in the Renaissance style, it got a very unique look. It represents a perfect mixture of the styles of two opposite worlds — East and West. Blending the Eastern Moorish style with dominant European styles, such as Romanesque, Gothic, and Renaissance gave us the special, beautiful mudéjar style, typical for the Iberian Peninsula.

6. Alcazaba Is the Oldest Part of the Alhambra

Alcazaba, or the citadel, is the oldest part of the Alhambra complex, set on its northwest part, on an isolated foreland. It was the military fortress, with a strategic position overlooking the city, which made it perfect for surveillance. It is said that some parts of this structure were there long before the Moors came to the city. In the middle of this fortification, there is an ancient watchtower called Torre de la Vela, which gives the most amazing views of the city of Granada.

Alcazaba — the oldest part of the Alhambra complex

7. Nasrid Palaces Are Its Best-Known Section

The most popular parts of the Alhambra are its Nasrid palaces (or the Royal Complex), built as an official residence for the Moorish kings of Granada. These palaces are made of a few components, as well, built by different sultans who were ruling in Granada’s Moorish period. This complex is made of the three main parts: Mexuar, which houses the functional areas for business, Serallo with the Patio de los Arrayanes (Court of the Myrtles), and the Harem, made for the wives and mistresses of the Moorish monarchs.

8. Generalife Gardens Are Its Most Peaceful Section

The most interesting outlying building of the Alhambra complex is surely Palacio de Generalife with its serene gardens, pools, and fountains. This palace with its gardens was once a summer estate for the Moorish rulers, and seriously — who wouldn’t want to spend their summer vacation in a place like this? Even though they’re quite popular among tourists and can get a bit crowdy, these gardens still provide peace and serenity as a contrast to the bustling city life.

9. Palace of Carlos V Is One of the Newest Additions to the Palace

Even though the Catholic Kings of Spain adapted some rooms in the Alhambra palace for themselves to use, king Charles V wanted to build his own residence when he came to the reign in the 16th century. The building was designed in the more modern Renaissance style, as the contrast to the existing Moorish architecture. The building has a circular courtyard with majestic pillars supporting its two floors, and its unique design symbolizes the union of heaven and earth, which was typical for the Renaissance architecture.

10. There Are Secret Tunnels Under the Alhambra

The Alhambra complex is not only those gorgeous palaces and gardens that you can see — there’s even more to it. Facing the old Arabic neighborhood of Albacin, it is possible to see a few iron gates to a to what is believed to be the network of underground tunnels that once connected the Alhambra to Albacin and the rest of Granada. They’re not open to the public, nor they will be in the near future, partially because of the safety issues (no one stepped a foot on their grounds in a long time), and partially because of the possible secrets they’re hiding. For us, they remain a mystery of the wonderful Alhambra palace.

This mysterious palace in Granada is a UNESCO World Heritage Site, with so many amazing things that you can see on its grounds. It’s the best representative of the Moorish architecture in Spain, and a unique blend of the two worlds — East and West. Visiting this place is one of a kind experience, and hopefully, we can do it again soon.

Have you ever visited the Alhambra? Share your experience and some pictures with us — we’d love to know 😊

Looking for fun ways of exploring the world digitally? Check out the latest digital audio tour on our Cultural Places platform:

Love for Sale in Old Vienna 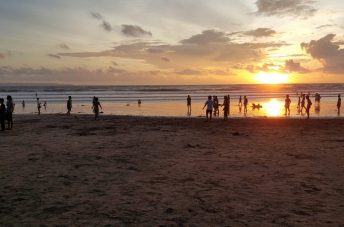 Top 5 Destinations to Travel in May 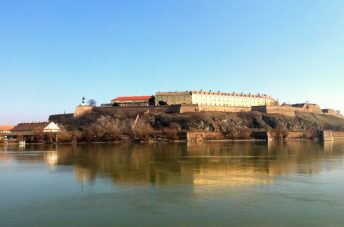 The Corona crisis is unfortunately not over yet an