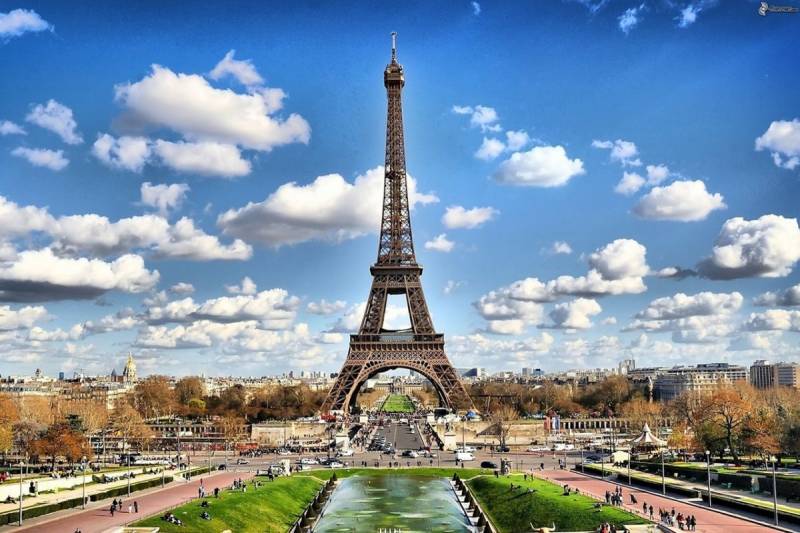 15 Things You Need to Know about the Eiffel Tower

Is there a person who didn’t hear about the Eiffel Tower? Well, probably not, it’s one of the most famous landmarks in the world. You’ve seen it a million times on tv, on the internet, many of you even saw it in person. But how many facts do you know about it? We’re always up for learning new things, and we hope that you are as well. Here’s the list of 15 things that you need to know about the Eiffel Tower, one of the most popular tourist attractions in the world.

1. It Was Built to Celebrate 100th Anniversary of the French Revolution

This is the fact that you may already know, but we still wanted to note the reason why this famous monument was built. The tower was named after the engineer Gustave Eiffel, whose company designed it and built it. The construction of the tower lasted from 1887 to 1889, when it was revealed on the 1889 World’s Fair (Exposition Universelle), which was organized to commemorate the 100th anniversary of the fall of the Bastille and the launch of the French Revolution.

The Construction of the Eiffel Tower 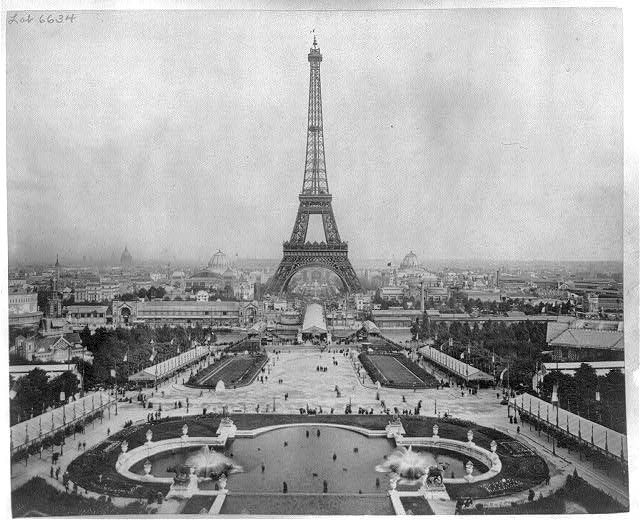 2. It Changed a Few Colors in Its Life

Over the years, this marvelous “Iron Lady“ changed its colors quite a few times. When it was revealed in 1889, the tower was a reddish-brown color. Ten years later, it was painted yellow. After its yellow phase, it changed a few shades — it was yellow-brown, chestnut brown, and then in 1968, it was finally painted the color that you know today. Today’s color is a special mixture and it’s known as “Eiffel Tower Brown”. Every seven years the tower is painted again, to keep the fresh look.

3. It Was the Tallest Structure in the World for a While

When it was first built, the Eiffel Tower was 300 meters tall, which is about the same hight as some 82-stories building. It was the tallest structure in the world until the Crysler Building in New York was built, in 1930. In 1957, the antenna was added to the tower’s top so it got 324 meters tall, and it was again taller than the Crysler Building. But still, it wasn’t taller than the Empire State Building, which was built in 1931, and is 443.2 meters high.

4. The Eiffel Tower Was the World’s Largest Billboard

From 1925 to 1936, in the difficult times between the wars, this monumental structure had another purpose — it was used for advertisement. About 250.000 multicolored bulbs lit up the tower, to spell the 30-meters-tall letters of the name of the French automobile company Citroën.

Even though the Eiffel Tower is a loved and respected monument, and the symbol of romance all around the world, the citizens of Paris didn’t really love it in the beginning. They thought it was “useless” and “monstrous”; they even launched a petition for its destruction. 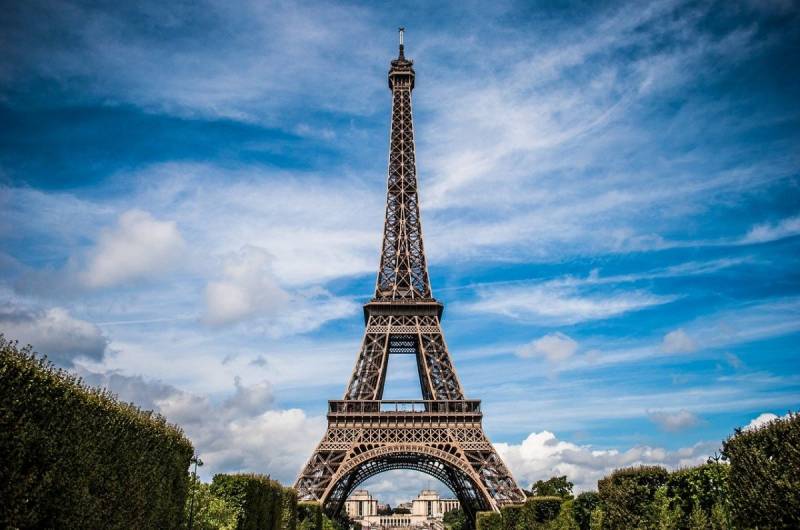 The Eiffel Tower — a Symbol of Romance All around the World

6. It Was Almost Disassembled after 20 Years

Mr. Eiffel at first got permission to have this monumental structure standing for only twenty years, to regain his investment of 80%, and after this time the Parisian government was supposed to become the new owner of the tower. The government had a different plan for the tower — they wanted to disassemble it for scrap metal. Luckily, Mr. Eiffel built an antenna on the top of the tower, to give it the new purpose — he used it for the first experiments with the wireless telegraphy, and this way he saved it.

7. It Housed a Printing Company Once

On the second floor of the tower, there was an office space. The printing company Le Figaro had it’s offices and printing press there.

8. … and a Scientific Laboratory

The printing company wasn’t the only office housed in the Eiffel Tower. On the top of the first level, Eiffel installed a laboratory that was used by himself, and by French scientists who studied astronomy, meteorology, aerodynamics, and physiology. They used it to test different experiments, such as Foucault’s Pendulum. In 1909, he also installed a wind tunnel at the base of the tower, and it was used for different tests, such as those on Wright Brothers airplanes and Porsche automobiles.

9. There’s an Apartment, Too

Mr. Eiffel built himself an apartment on the top of the tower, and he used it to host some of his famous guests. It must be an apartment with the best views of Paris! Many people tried to purchase that apartment, but Mr. Eiffel preferred to keep it for himself. 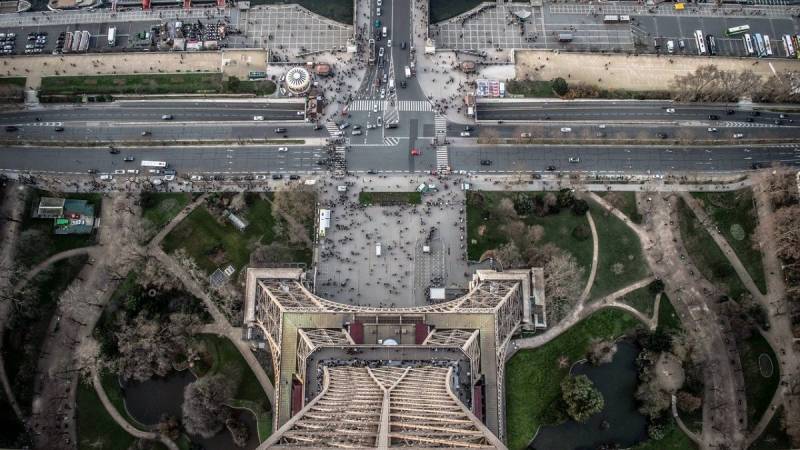 The Eiffel Tower, View from Above

10. Many Daredevil Stunts Were Performed Here

For many adventurous people, the tower was another place where they can test their skills and show off their bravery. So, many of them performed different stunts, and, sadly, many of those attempts ended in death. In 1912, Franz Reichelt jumped to his death, in an attempt to demonstrate a wearable parachute. Also, in 1926, aviator Leon Collot crashed while trying to fly a plane beneath the first-floor arch.

12. It’s Illegal to Take Photograph the Eiffel Tower at Night

If you want to take a photograph of this wonderful landmark, you’ll have to do it during the day. Nighttime shots are strictly forbidden. You’re probably wondering why… According to the French government, the light show that lights up the tower at night is an artwork, and because of that, it is copyrighted.

13. The Tower Sways in the Wind

When the stronger wind blows, the tower sways 6-7 meters. So, if you’re at the top of the tower, you will definitely feel it. 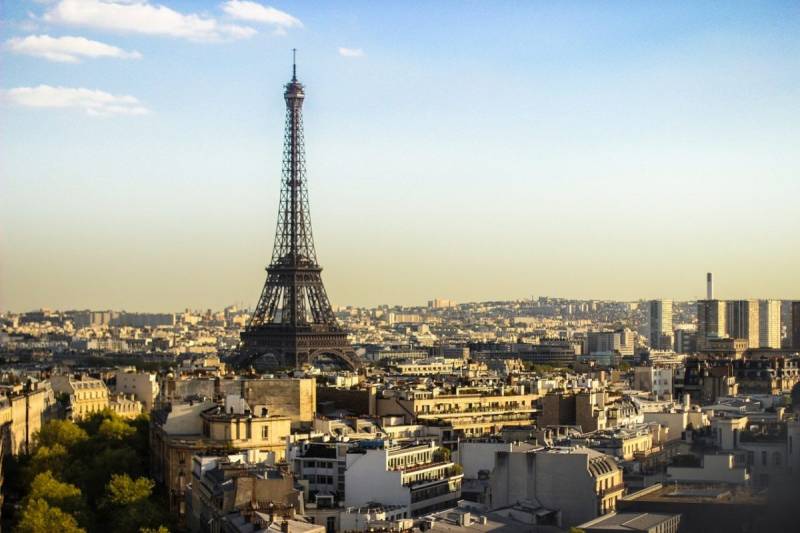 The Eiffel Tower and Its Surroundings

14. The Eiffel Tower is Married!

This sounds a bit weird, but the Eiffel Tower is married! Mrs. Eiffel is an American named Erika “Aya” Eiffel, who married the Tower in a ceremony in 2007.

15. It’s the Most Visited Paid Tourist Attraction in the World

Isn’t it fun to know all these facts about the world’s favorite monument? You may not have the chance to visit it now, but you can surely dream about it and make plans for the future. Also, you can share the knowledge with your friends and family in the future, when you get to visit wonderful Paris.