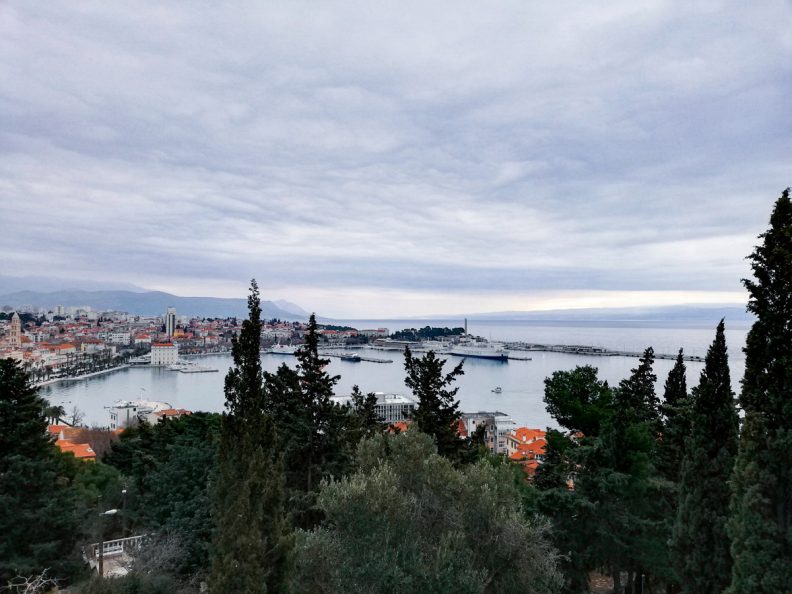 We recently visited Split — Croatia’s second-largest city and spent only 24 hours there. We haven’t had that much time, so we focused on the essentials, the things that you absolutely must-see, and we bring you the idea of what to do in Split in a day.

Before we start, visit our Cultural Places Platform to find our guided tour around Split:

Split is an amazing city, with extraordinary Old Town, charming streets, an amazing waterfront, and cool parks that you must explore. We visited Split at the beginning of February, so you can imagine that the weather wasn’t perfect. It was pretty cloudy, but luckily, there was no rain to interfere with our long walks. But visiting off-season has its good sides — there were only a few tourists around the city, and the accommodation that we found was pretty cheap.

Our apartment was located only about 10 minutes away from the heart of the Old Town and Riva, which was very convenient and made exploring the city much easier. We mostly wandered around the city and looked for the coolest landmarks, and here we bring you the list of our favorites — what to do in Split for a day.

The first famous thing we saw when we arrived at the core of the city was most certainly the amazing promenade, locally known as Riva. This pedestrian area is lined with quite a few amazing restaurants and cafes that tend to get very crowded in the summer. But since the city was pretty much crowd-free, we had the chance to wander around the Riva, admire the facades of the buildings that line it, and take a good amount of photos. 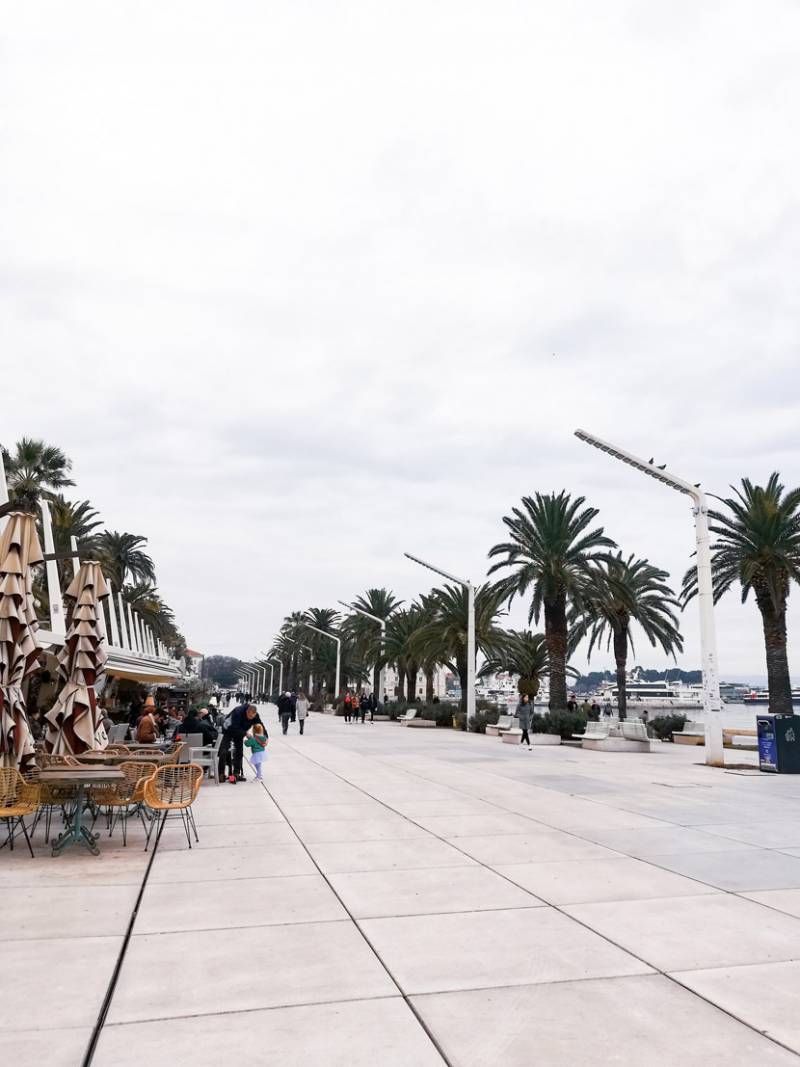 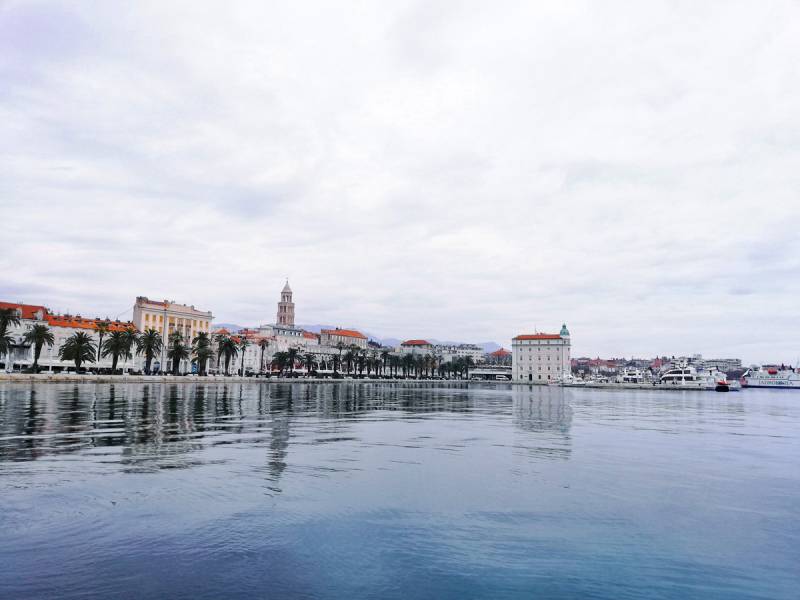 The view of Riva and Lučka kapetanija

When you look away from the sea, you’ll see the walls of the famous Diocletian’s Palace — the 1,700 years old Roman Palace that lies in the heart of the city. Enter its Brass Gate, pass its cellars, and you’ll get to the Peristil — its central and main square, a place that is a popular concert venue in the summertime, but quite empty during the winter. 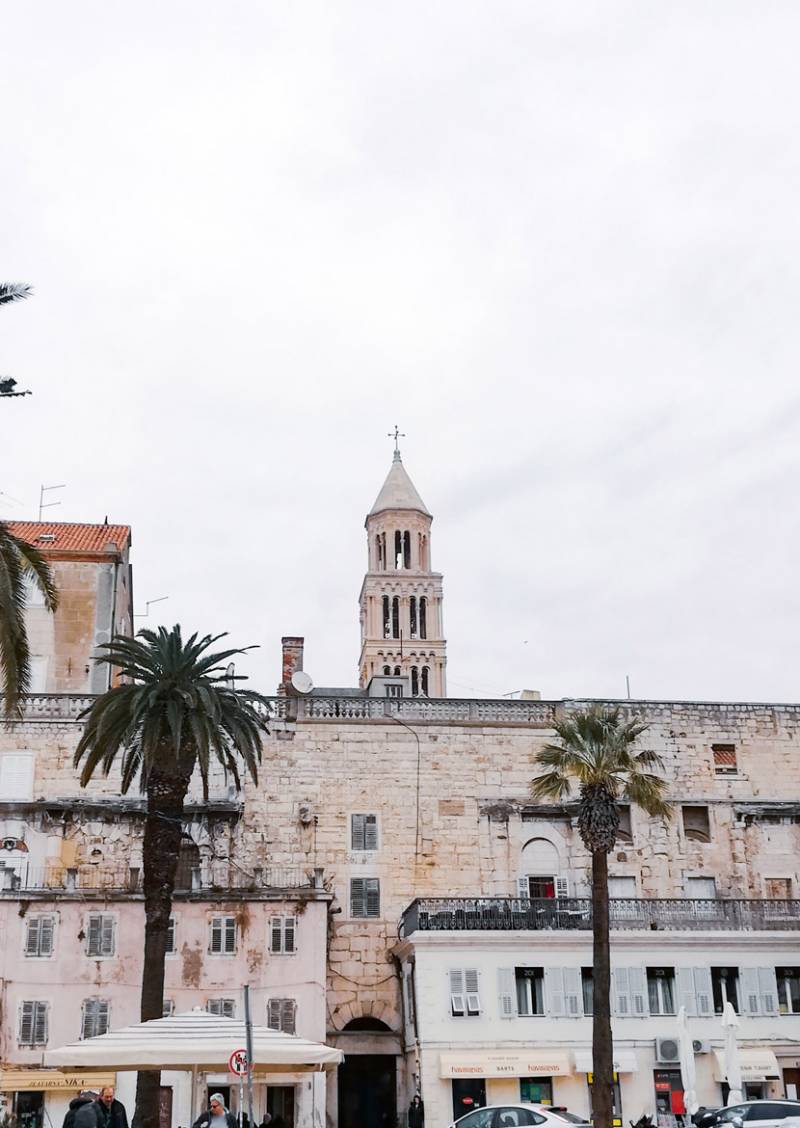 While you’re there, check out the gorgeous Cathedral of St Domnius — one of the best-preserved Roman buildings, and one of the most beautiful towers for sure. 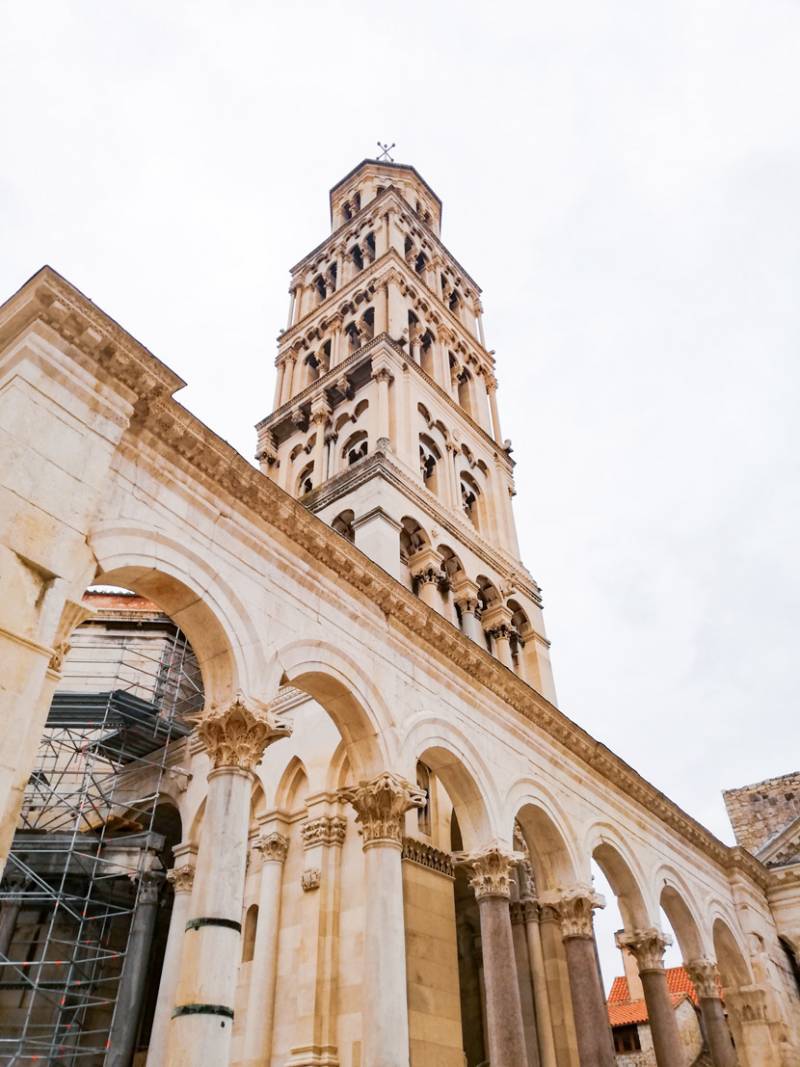 Keep wandering the streets of this part of the old town, you will stumble upon some quite nice buildings, and eventually get to the other gates — Gold, Silver, or Iron. We passed through the Gold gate and got to the astonishing statue of Grgur Ninski (Gregory of Nin), and rubbed his toe for good luck. 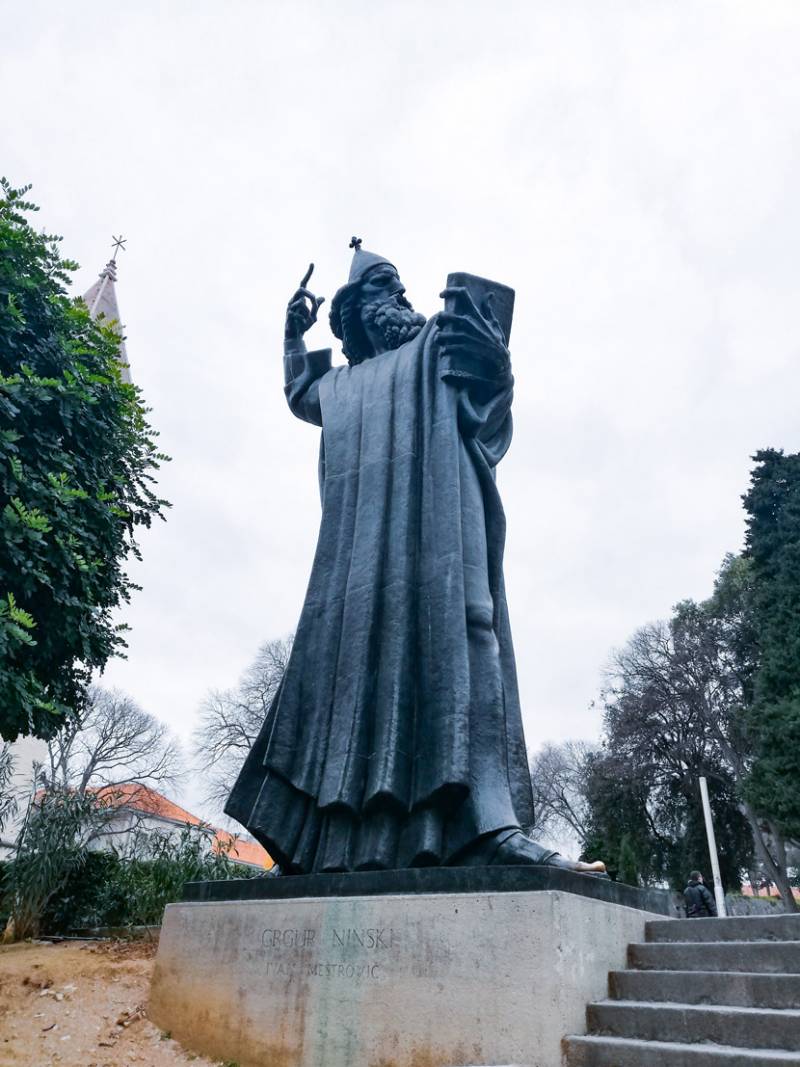 After exploring the Diocletian’s Palace, we headed towards the sea again, or to be more precise to the old traditional fishing port of Matejuška. Apparently, the port is older than the city itself. Even today there are dozens of boats tied up there, their nets drying, and bait being prepared. 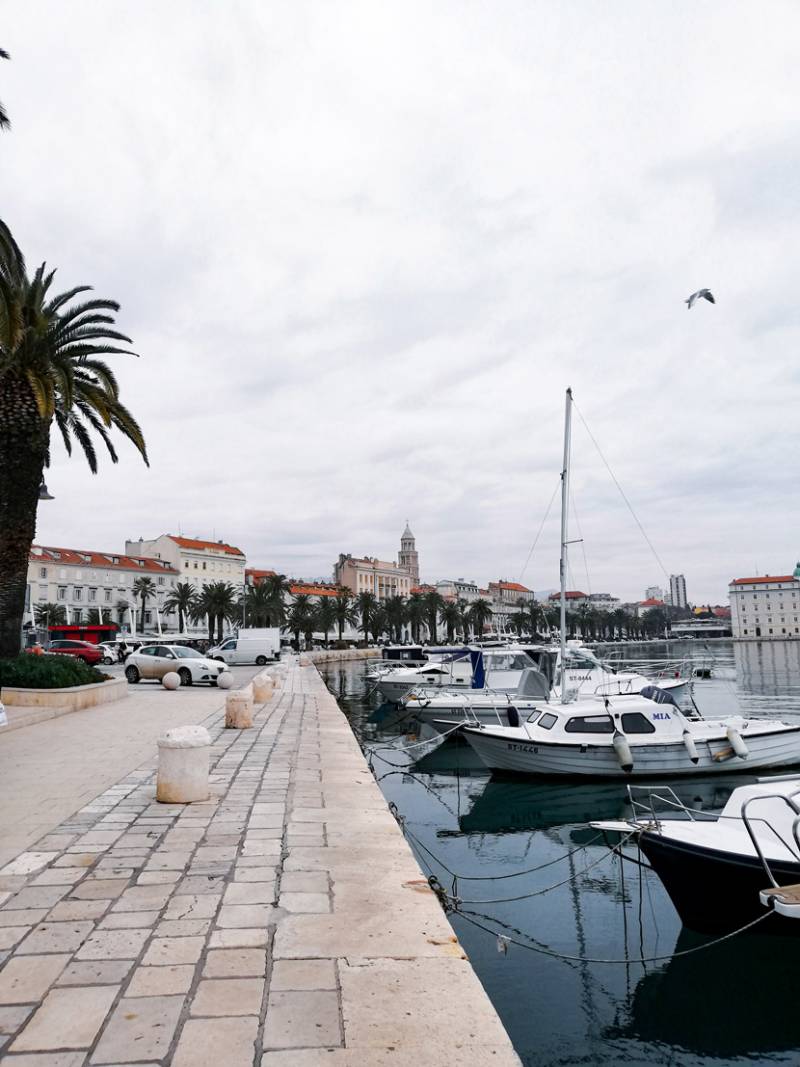 Sustipan — the Park with the View

After enjoying the view of the sea at Matejuška, we continued walking along the coast towards Split Marina, and then we climbed a little up the hill, to the park called Sustipan. It’s surrounded by a wall, that we took a walk along — it gives what we thought is the most amazing view of the sea (we’ll explain this one later 😊 ). 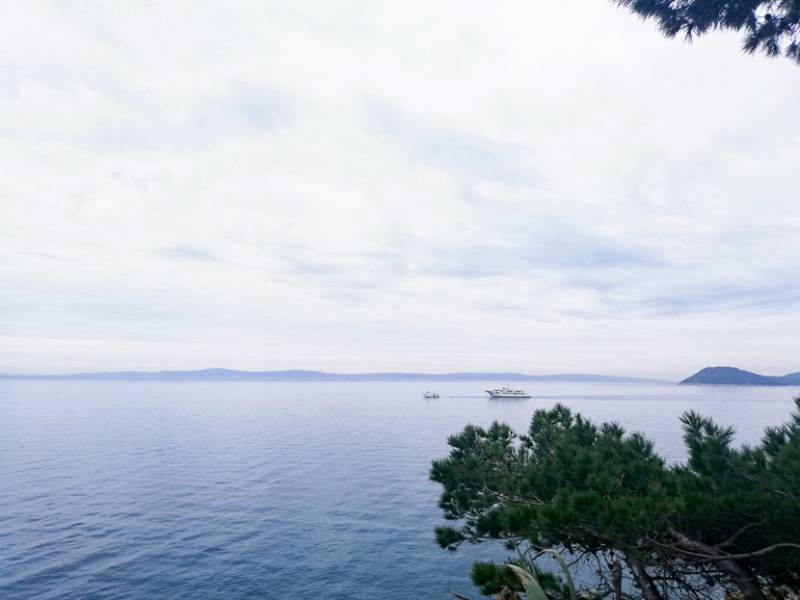 The View from Sustipan Park

Since it’s already been a long walk, we decided to head to our apartment for a rest and to grab something to eat on our way. So, we climbed up to the Šetalište Ivana Meštrovića, and on our way, we saw some pretty amazing buildings — Ivan Meštrović Gallery and the Museum of Croatian Archaeological Monuments were definitely some of them.

The Old Town at Night

After taking a well-deserved rest, we decided to wander around the city a little more, and see it in a different light. We walked along the promenade, and there were more people than during the day for sure. We walked all the way towards the Ferry Port, to see those huge ferries up close. Then we went back a little and started exploring all of those little streets in the Old Town. The narrow streets looked even more beautiful than they did during the day, we just loved that vibe. We walked along Marmontova Street, known as the main shopping street in Split, and then we went towards the Republic Square (Trg Republike), also known as Prokurative, with that gorgeous pink building that surrounds it almost completely. 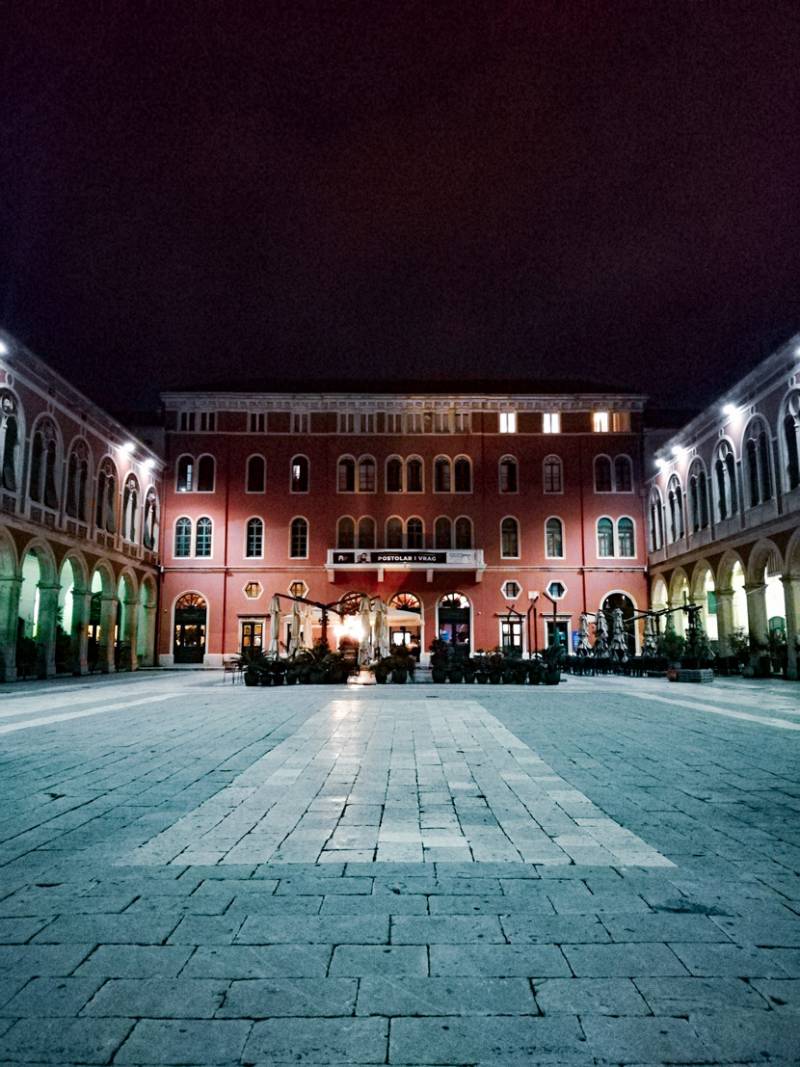 Also, we took a climb up the Marjan stairs, and got to the vidilica (viewport), and saw the lights of the city from another angle. We made the decision to come back here in the morning to get the best view of the city — and we did. First, we got to that same viewport, and just as we imagined it — the view was magnificent. There is also a cafe called “Vidilica“ over there, so we made a coffee break, and we really enjoyed it. 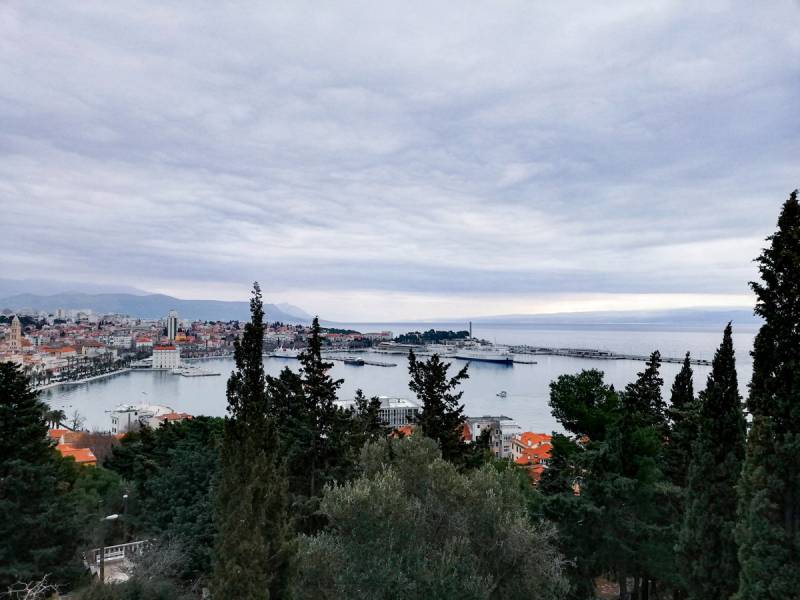 The View from the Cafe “Vidilica”

After the coffee break, we continued our exploration of Marjan Forest Park, and we loved every inch of it. Just when you think that you saw the best of it, that you caught the best view of the city and the sea, you get to a place even more beautiful — you can imagine that we took countless photos of that view. We climbed all the way to the top of the hill, which is 178 meters high, and we chilled a little at the top, and really enjoyed the views of the whole city for quite some time.

The View from the Top of the Marjan Hill

Then we walked down the hill, towards our car, and headed home, with a lot of pictures on our phones, and even more in our heads — it’s just impossible to catch all the details with the camera. Yes, this was a short trip, but it was amazing. You really make the best of it when you know you don’t have that much time, don’t you?

Interested in more destinations around Croatia? We definitely recommend you to check out our blog post about wonderful Zagreb, we’re sure you’d love it: “Top Things to Do in Zagreb: Feel the Real Spirit of the City”.

Also, visit our Cultural Places Platform to find all of our guided tours around Croatian destinations and more. 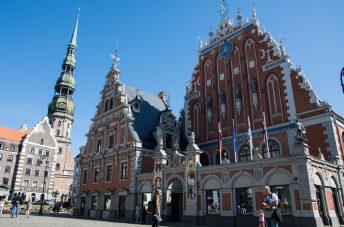 10 Best Cheap Cities in Europe — Traveling on a Budget 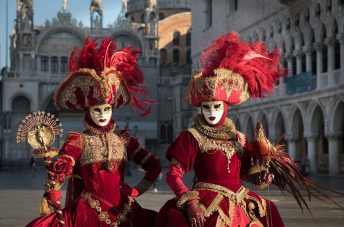 7 Best Places to Visit in February