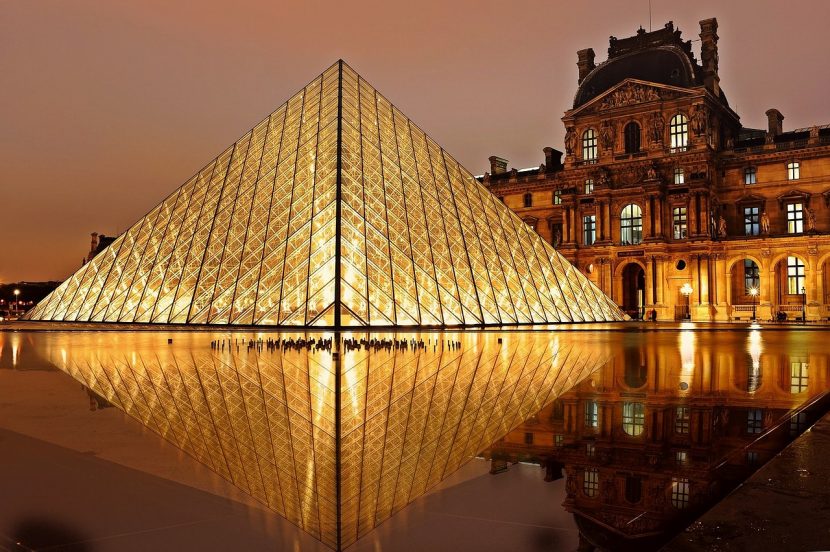 The Ultimate List of the Best Museums in the World

Museums provide the unique experience of seeing some of the greatest masterpieces of all time close up. Walking the halls of some museum gives you the chance to learn about different societies, ideas, and values. It provides you with a unique chance to navigate through the history of creative expression all in order to uncover an amazing chest of knowledge.

Around the world, there are many amazing museums that you should visit. Each special in its own way. Each offering a unique perspective of the local culture and way of life.

That is why we have a special treat for all you museum lovers.

The ultimate list of the best museums in the world. Places that should be in your bucket list.

No matter you prefer renaissance paintings, antique sculptures, or you want to see some contemporary art, this list has it all.

So, ready to start the one of a kind museum tour around the world? 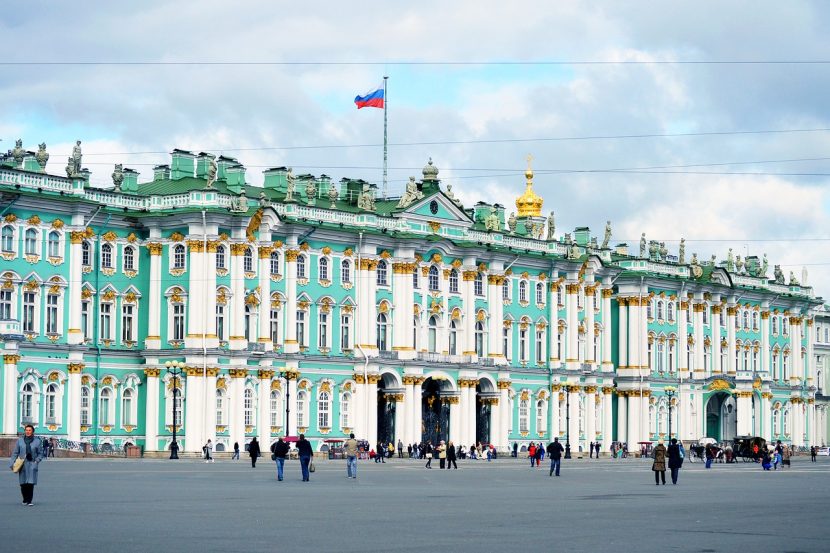 Russia may be isolated from the artistic centres of Paris, Rome, and London, but the Hermitage has managed to acquire one of the world’s best art collections you can see today. It is estimated that more than three million items, spanning the years from the Stone Age to the early 20th century can be seen in this magnificent place.

The museum occupies six buildings along the Neva River, the leading structure being the Winter Palace. The gloriously baroque, blue-and-white structure was finished and opened in 1764 when Catherine the Great purchased 255 paintings from Berlin.

For many years, Hermitage was the main residence of the Russian czars. 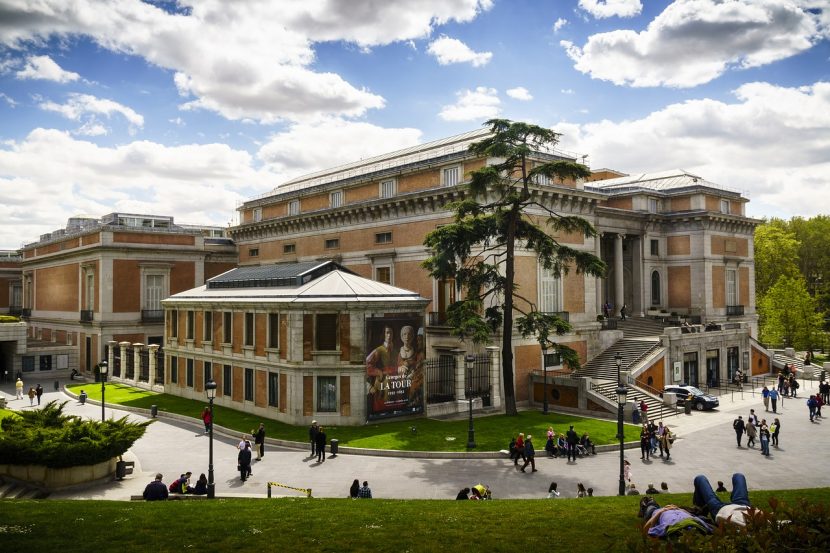 Located in the centre of the Spanish capital, Prado is country’s most admired place for art lovers. The ones responsible for the founding of the museum are the members of the Spanish royal family, who during the years, collected an amazing collection of masterpieces that can be seen today in the Prado.

In addition to stars of Spanish painting such as Velázquez, Goya, Ribera, and Zurbarán, the Prado has big collections of Italian (including Titian and Raphael) and Flemish artists. Fernando VII opened the collection to the public in 1819, in the same neoclassic building it’s housed in today, designed by Juan de Villanueva.

And you wanna hear something great?

The admission to Prado is free. 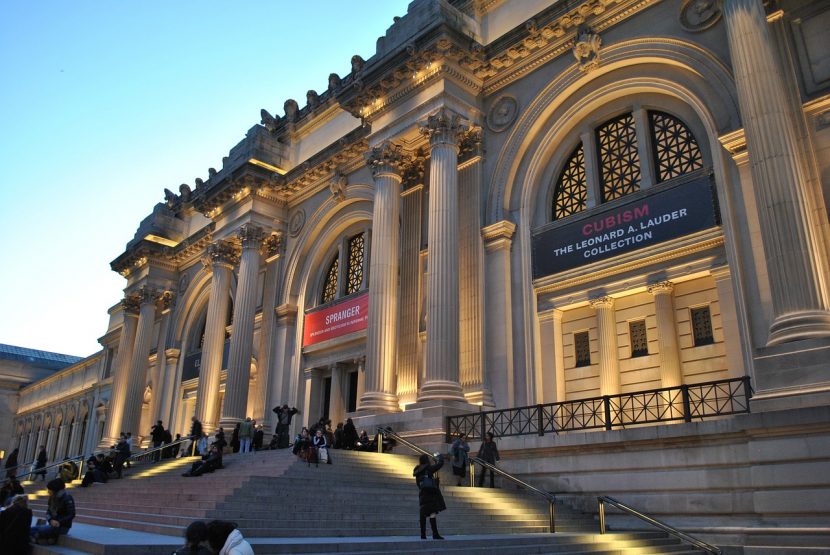 The Metropolitan Museum of Art, or the Met as it is called by New Yorkers, is the largest museum in the Western Hemisphere! The museum is home to an immense collection of more than two million items and artefacts, that span more than 6,000 years of human history.

What you must not miss are the works by Botticelli, Rembrandt, Vermeer, Degas, Rodin, and other luminaries. For Egyptian lovers, there is an entire department where you will see the tomb of Perneb and the astonishing Temple of Dendur.

Main attractions: “Adam and Eve,” the well-known engraving by Albrecht Dürer, is only one of the many impressive pieces you will discover at the Met.

4. The National Archaeological Museum of Athens 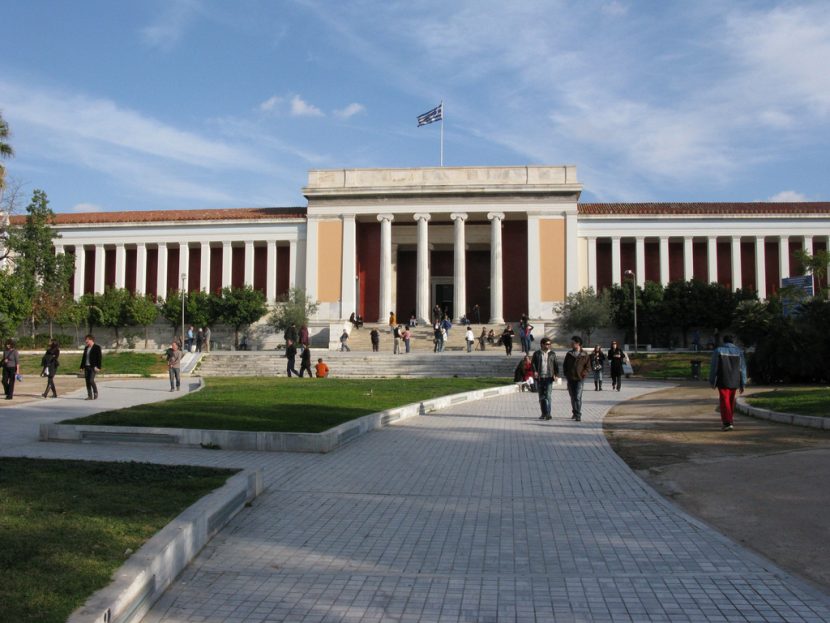 When you talk about culture and history, it’s safe to say that no country has given the world so much. From it’s philosophers to mathematicians, Greece has painted the footsteps for future civilizations, and many of it’s most incredible artefacts, can be found in the cradle of the ancient world, the city of Athens.

The museum  is considered as one of the greatest museums in the world with the richest collection of Greek artefacts. All the most important items from Greek rich history, are here. All in one place!

Travel back in time to see the Statue of Poseidon, Igesous column, and many others.

If you are planning to visit it just once make sure you have plenty of spare time because this place is huge. 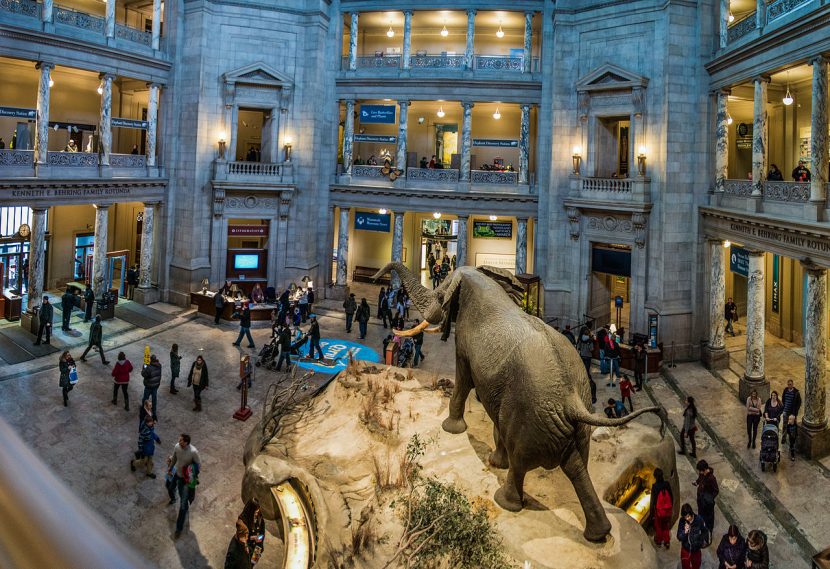 In case you are not familiar with this museum, you would be surprised to find out that it is the most visited natural history museum in the world!

The place is not just a Museum, as it also serves as a research centre and home to the largest group of professional scientists dedicated to nature study.

Main attractions: The dinosaur hall contains fossils and models of different types of dinosaurs and hall of human origin exhibit how human originated in the world through hundreds of human fossils and artefacts. 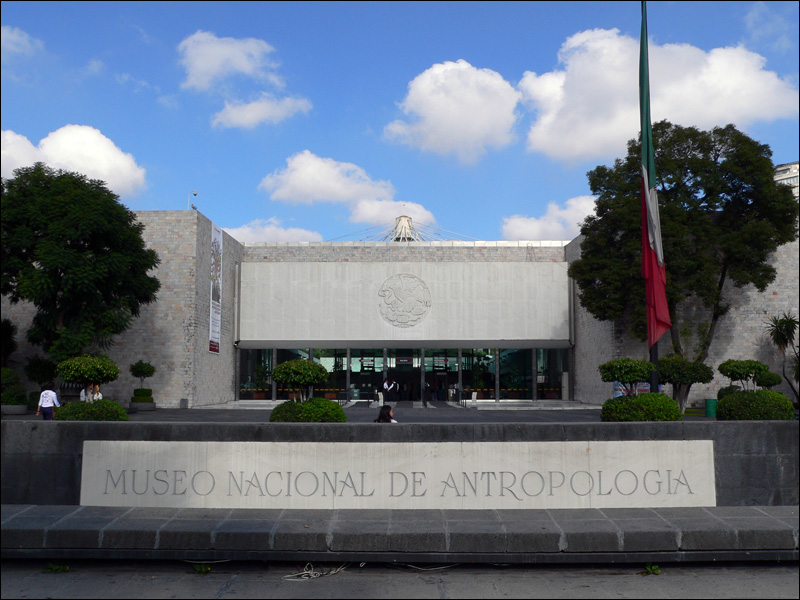 Founded in 1825, the museum contains the world’s largest collection of ancient Mexican art and also has ethnographic exhibits about Mexico’s present-day indigenous groups. The most important of all are the giant stone heads of the Olmec civilization and the Sacred Cenote from Chichen Itza.

Main attractions: The most famous artefact, however, is the Stone of the Sun which was actually not used as a calendar but does contain 20-day signs.

Probably the world most recognizable museum in the entire world, the Louvre is located in a former royal palace on the Right Bank of the Seine in Paris, housing one of the most impressive art collections in history.

Today, the museum holds so many art pieces that many of them cannot be exhibited. It is estimated that museum keeps over one million works of art, in its collection, out of which around 35,000 are on display today. 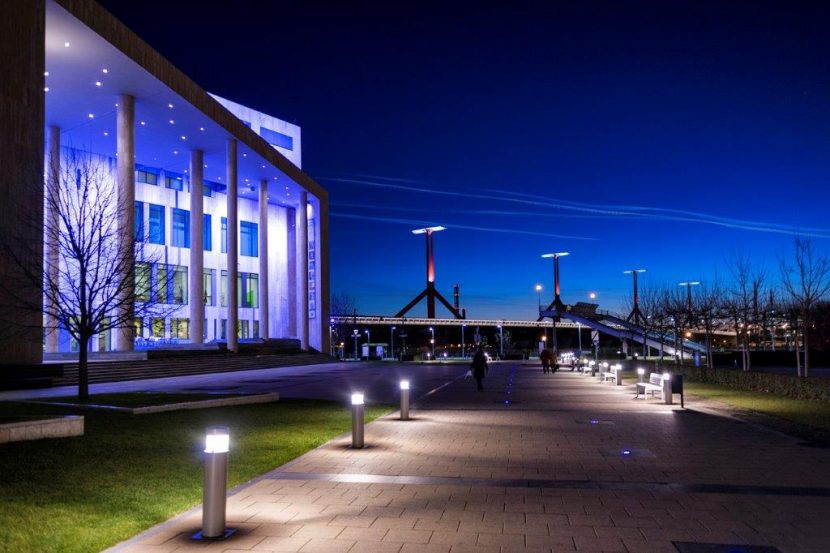 The museum hosts a permanent collection of many valuable pieces of American pop art (including Andy Warhol, Claes Oldenburg and Robert Rauschenberg), as well as many other significant contemporary art movements. There’s also a strong focus on Eastern and Central European and Hungarian art of the 60s to recent days in an international context. The temporary exhibitions also showcase leading artists from the international scene as well as the best-known Hungarian artists, using 21st-century technology.

And in case you visit this museum, make sure you check our special audio guide.

But check this out

Multilingual and very user-friendly Cultural places app contains everything that you need to know about this place and the best thing of all is that it is super easy to use. All you gotta do is download, listen and enjoy the stories we prepared for you.

Main attractions: The entire place is a paradise for all contemporary art lover. 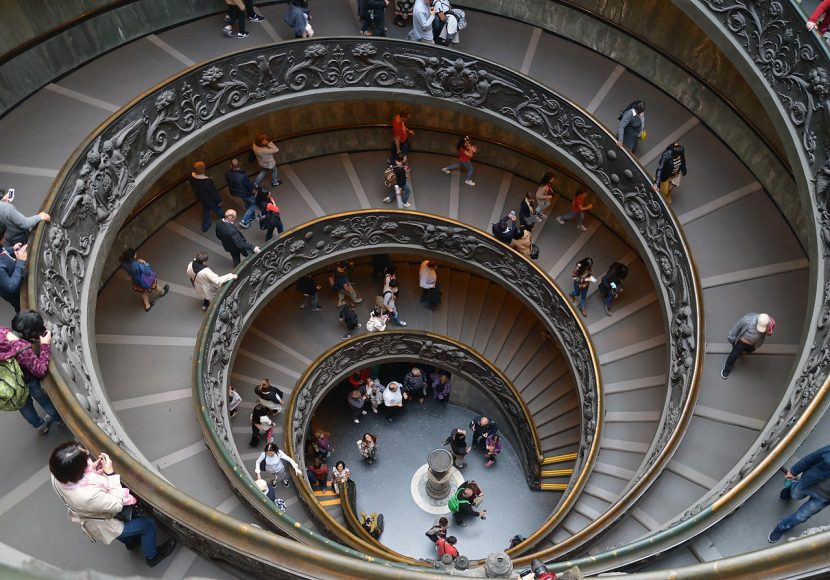 Vatican museums display a huge collection of sculptures, paintings and many other artworks. Most of the art you will see here, was collected by popes of the Roman Catholic church through different centuries.

In total, 54 galleries keep some of the world’s most important Renaissance art, perhaps the best collection in entire Italy. With more than 5.5 million annual visitors and unique pieces of art, the Vatican Museums will take you on the most renaissance journey of your life.

Main attractions: The renowned Sistine Chapel and the Raphael Rooms are not to be missed. 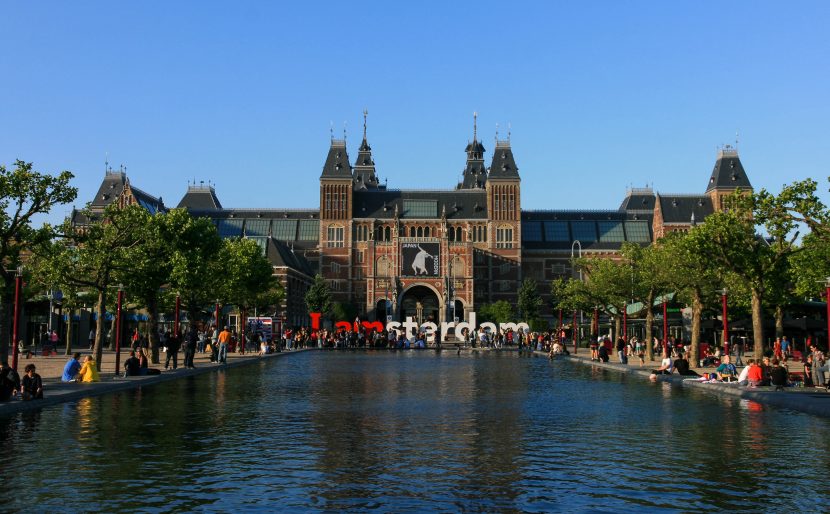 The Rijksmuseum in Amsterdam is the largest and most prestigious museum for art and history in the Netherlands. There is no doubt about it. Mainly known for its paintings by 17th-century Dutch masters, including Ruysdael, Frans Hals, Johannes Vermeer, and Rembrandt van Rijn, the place was established in 1800 to exhibit the collections of the Dutch stadtholders.

During its existence, the museum has lived to good and bad times and it went through many transformations. However, today is a true beauty of Holland and place you should not miss during your trip to the Netherlands. 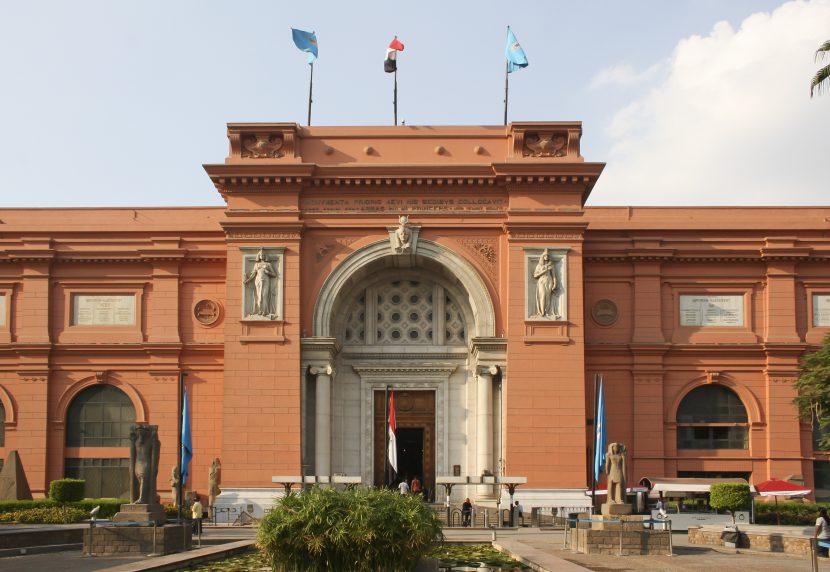 Home to at least 120,000 items of ancient Egyptian antiquities, the Egyptian Museum in Cairo is one of the world’s best museums.

What you can see here is an extensive collection of papyrus and coins used in by the ancient Egyptians, artefacts from the final two dynasties of Ancient Egypt, as well as the artefacts taken from the Valley of the Kings.

Main attraction: Among the thousands of treasures (which includes the popular Mummy Room) are the famous artefacts from Tutankhamun’s tomb. 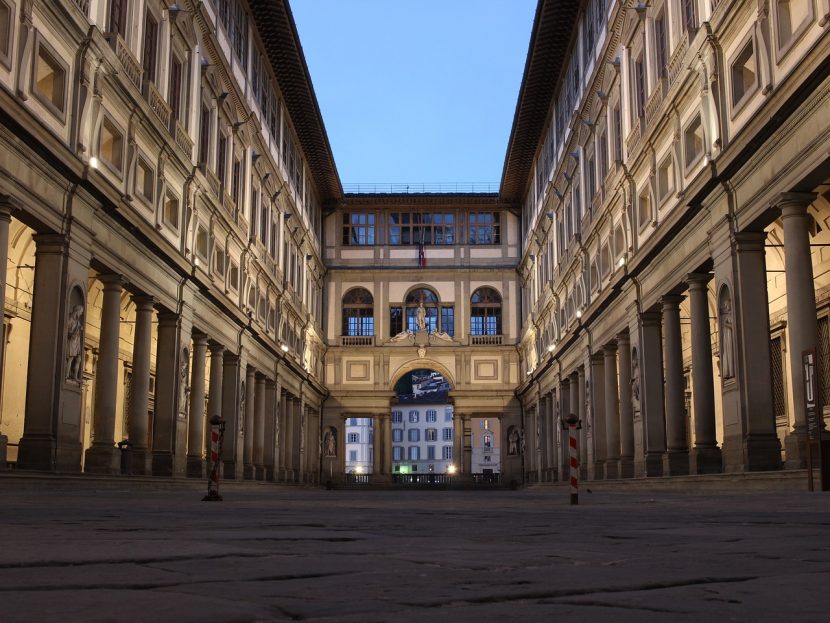 Uffizi Gallery in Florence, a home of the Medici family holdings of Renaissance painting and sculpture, was the first European publicly owned museum!

The museum is organized as a long labyrinth of rooms with amazing works of art displayed roughly in chronological order along a U-shaped Renaissance building which was never created to be a museum. Cosimo de’ Medici had entrusted his favourite architect Giorgio Vasari to create a grandiose building right next to Palazzo Vecchio, the seat of power, to host the magistrates, the seats of the Florentine Guilds, a vast theatre and judiciary offices (hence the name “Uffizi” which means offices in Italian).

The place is among the most visited in Italy, with over 1.5 million visitors each year, so long lines are inevitable. Weekends, Tuesdays and mornings are the busiest times.

Main attraction: “The Birth of Venus” by Botticelli. 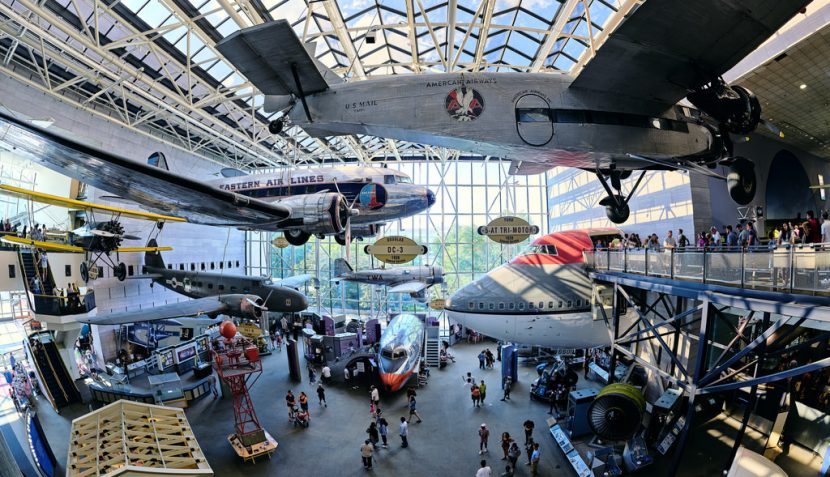 Smithsonian’s National air and space museum in Washington holds the largest collection of aviation and historic spacecraft in the world. In fact, the collection within the museum encloses every aspect of human flight. The museum contains 60.000 objects in total, ranging from microchips to rockets. It is also one of the most visited museums in the United States with 8 million annual visitors.

Thanks to A view on cities, Touropia, U city guides, Blog best tours, The mysterious world, Visit Florence and Wikipedia for the information on writing the article.