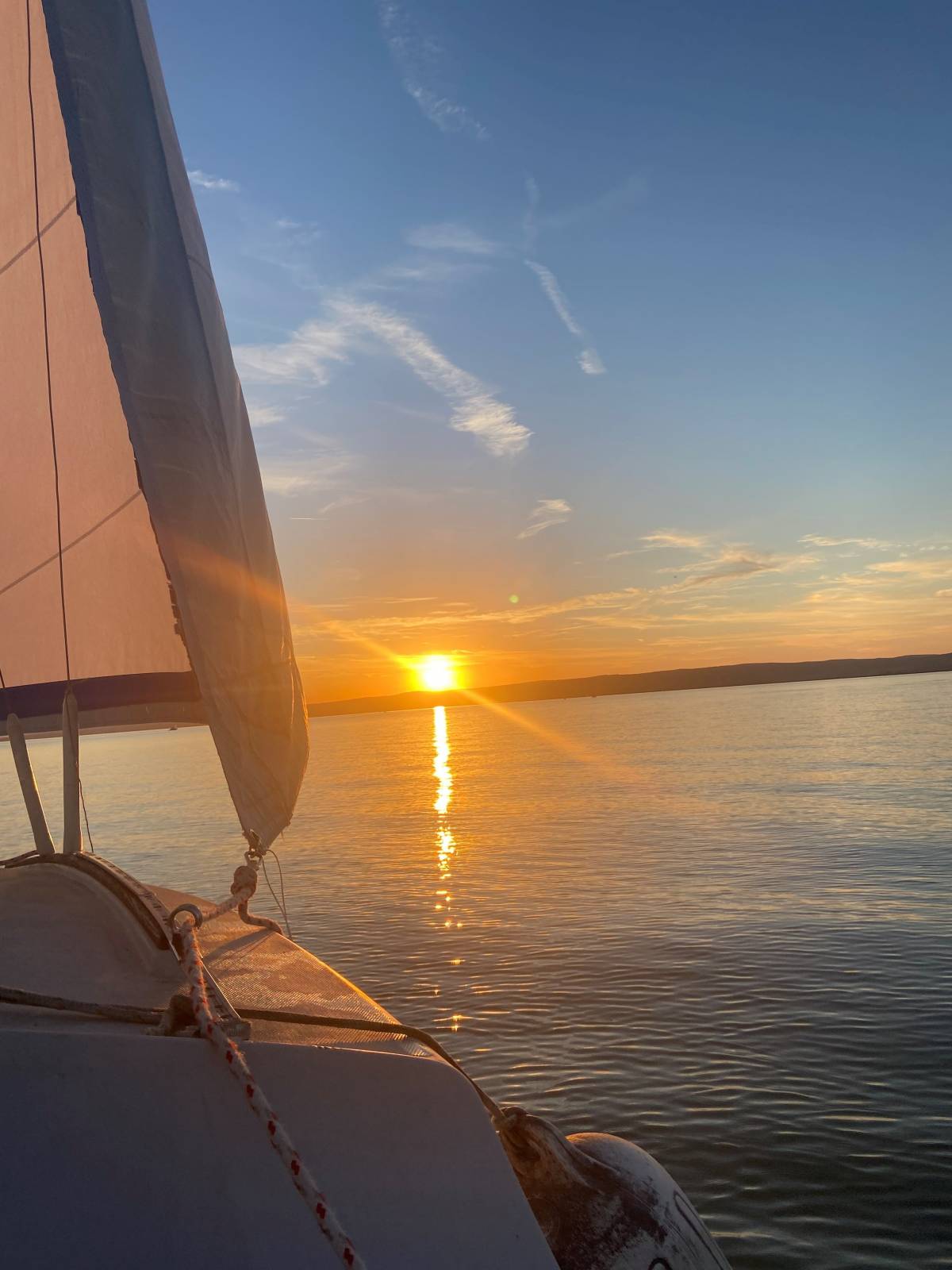 Burgenland – Welcome to the Sunny Side of Austria

With more than 300 days of sunshine each year, Burgenland is called the sunny state of Austria for a reason. Today we’ll show you what Austria’s easternmost state has in store for you and which highlights you shouldn’t miss, so read on! Starting from UNESCO World Heritage site Lake Neusiedl to its national parks, museums and cultural events, as well as diverse culinary and sports offers, there’s a lot to discover.
Finally, spring seems to be slowly stepping closer, so we’re seizing the chance to take you to Austria’s “sunshine state” and show you the vast possibilities for experiences and excursions in Burgenland.

Let’s start off with a look into the diverse natural landscape of Burgenland. You will immediately notice that its landscape differs somewhat from the usual image of Austria. Disclaimer: Your search for mountains will be in vain here 😉

Instead, you will be greeted with wide plains, central Europe’s easternmost steppe lake, vineyards, woodlands, and much more. There are six nature reserves to be explored: Neusiedler See-Leithagebirge, Rosalia-Kogelberg, Landseer Berge, Geschriebenstein-Írottkö, Weinidylle, and the Raab-Örség-Goricko reserve.

Another massive reserve is the cross-border Neusiedler See-Seewinkel National Park, one of only six national parks in Austria. Let’s take a closer look at Lake Neusiedl. As mentioned, it is one of the largest steppe lakes in Europe, with the majority of it located in Austria and a smaller part which dips into Hungary. It’s quite shallow, with an average depth of just one and a half meters. What also makes it stand out is that it is surrounded by one of the largest continuous reed beds in Europe, a true paradise for a wide variety of plant and animal species. If you’re already dreaming of summer, the lake is a hotspot for numerous leisure and sports possibilities, which we’ll get into later. 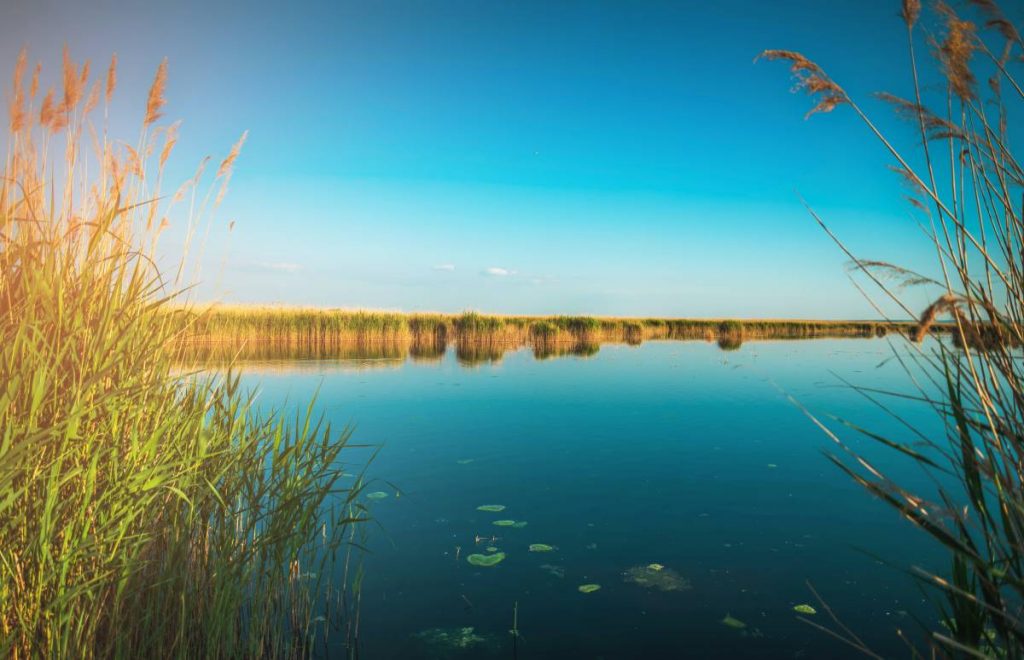 The reef bed around Lake Neusiedl is one of the largest in Europe and is home to many plants and animals species.

Did you know that Lake Neusiedl and its cultural landscape have been part of the UNESCO World Heritage List since 2001? The Neusiedler See-Seewinkel biosphere reserve, the reed bed, the old town area of Rust, the Purbacher Kellergasse, and the Mörbischer Hofgassen were recognized as regions of outstanding universal value.

As Burgenland’s cultural landscape is also pretty diverse, we want to present you with the unmissable highlights to make the most of your cultural vacation.

For the music and opera lovers among you, we highly recommend checking out the Opera in the Quarry. With a stage size of more than 7,000m2, the St. Margarethen quarry is the largest open-air arena in Europe and undoubtedly also one of the most beautiful venues. This year, you can experience the opera “Nabucco” by Giuseppe Verdi, so get your tickets fast before they sell out! The Opera in the Quarry in St. Margarethen is undoubtedly one of the most beautiful venues in Europe (c) Oper im Steinbruch.

Checking out Burgenland’s museums is also always a good idea, and not only in bad weather, as you will also find a lot of outdoor museums worth visiting. Fancy a glimpse into how life used to be in the olden days? Go check out the South Burgenland Open-air Museum Bad Tatzmannsdorf to visit residential and farm buildings from the end of the 18th century to the beginning of the 20th century. If you’ve now acquired a taste for outdoor museums and want to visit more, we can also recommend the Village Museum in Mönchhof or the Gerersdorf Open-air Museum. Here, you can also get insight into everyday village life from the last three centuries.

If you happen to be in Burgenland on one of the allegedly 65 days where the sun is not shining, you can check out the Burgenländische Geschichte(n)haus which deals with the history of the state in an interactive way, or you can pay a visit to the Roman Museum Sankt Martin an der Raab, if you want to see the most important excavations from the Roman times that were found around the Southern area of Burgenland.

If you are more interested in the Middle Ages, Burgenland’s ruins not only serve as impressive backdrops or starting points for hikes, some of them have even featured as movie locations for Hollywood blockbusters. Have you seen “The Three Musketeers”?  Some scenes were filmed at the castle ruin Landsee in 1993.

For us, culinary tradition is a central part of local culture. Burgenland awaits connoisseurs with traditional, local menus with an added exotic touch. The diverse cuisine includes, among others, Southern Burgenland snails, Pannonian saffron, sturgeon caviar, gourmet pigeon, and crayfish. To be honest, we wouldn’t have expected to find snails on the menu, would you?

Wine lovers, take note! There is a reason why Burgenland is recognized as the cradle of Austrian wine. The conditions for growing outstanding wine couldn’t be better there: The mild Pannonian climate paired with excellent soils and many grape varieties allow the experienced winegrowers to create wines with splendid renown that goes far beyond the Austrian borders. If you want to learn more about viniculture, you can also meet local vintners and get to know their perspectives on their wines.

Last but not least, we can’t leave out the fact that Burgenland is a paradise for sports lovers. Passionate cyclists will find around 2,5000 kilometers of cycle paths. No matter the individual fitness level, cyclists find everything ranging from leisurely family tours to challenging mountain bike trails. The most popular bike trail is the Lake Neusiedl Cycle Trail that leads from Neusiedl am See to Weiden on the east of the lake and directly through Lake Neusiedl – Seewinkel National Park.

Burgenland is also the capital for water sport enthusiasts in Austria. Lake Neusiedl provides the best conditions for water sports, with an average depth of around 1.5 m and favorable prevailing wind conditions. Around the lake, you will find numerous sailing, surfing, and kiting schools, so no matter if you want to start with a new water sport or improve your skill level, you are in the right place. If you want to take it easy, you can also discover quieter areas of the lake, such as the reed bed, with a stand-up paddleboard or a kayak. Lake Neusiedl is not the only place for water sports though, you can, for instance, also visit Neufelder lake, and get to know the underwater world at the local diving school. 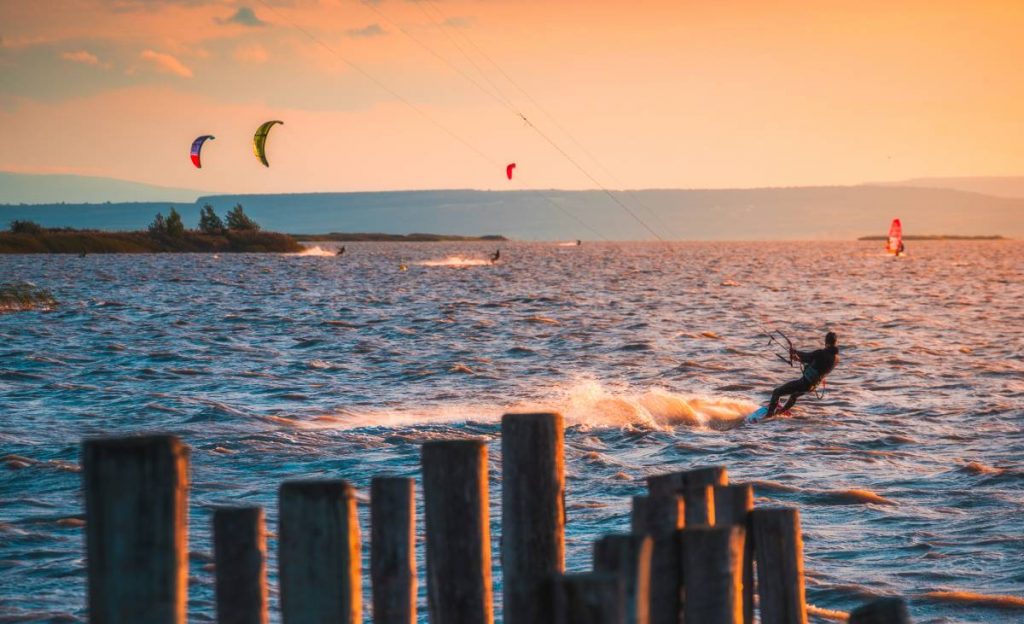 Lake Neusiedl is the Austrian hotspot for all kinds of water sports.

Have we piqued your wanderlust now and you’re ready to replenish your energy in the land of the sun? Then see you soon in Burgenland!

If you want to experience adventures in other states of Austria, we’ve also got you covered. Why not start off by checking out our recommendations for microadventures in Styria?