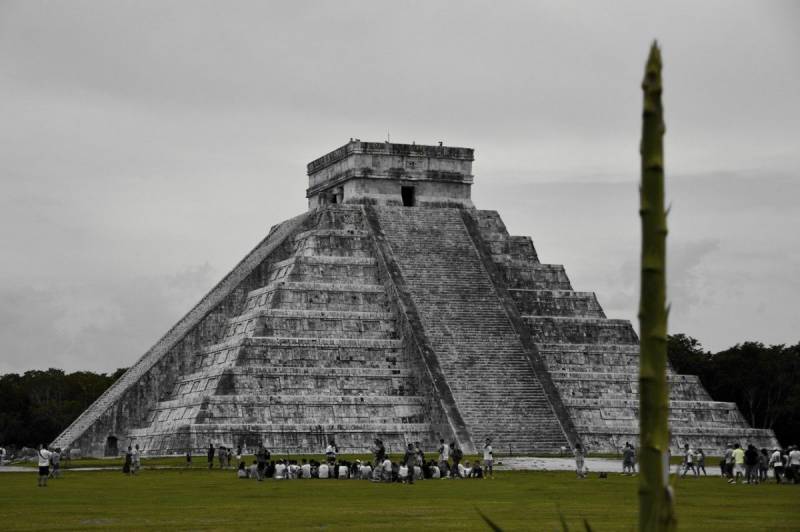 In the evolution of mankind, lifestyles have changed so many times. Many civilizations left an impact on the people that came after them, and we can see that on a daily basis in the architecture, art, and culture in the world around us. In this blog post, we bring you something different, we will share the stories about some of the most interesting ancient cultures that ever existed.

Roman civilization is known to be the most powerful ancient culture. They emerged around the sixth century BC, and reign lasted until the 5th century AD — which is often considered as the ending point of the ancient history. This powerful civilization started in the village of the Latini, in Rome, and at some point, it spread on the territory of all modern-day Mediterranean countries.

This civilization had a few stages — at first, it was governed by kings, and after people took control over their own city and ruled themselves. At that point, the Senat was introduced, and Rome became a republic. Rome had some of the greatest emperors in the history of mankind: Julius Caesar, Trajan, and Augustus. They are some of the reasons why the Roman civilization was the most powerful one. But in the end, they couldn’t rule the vast empire successfully, and it was overrun by millions of barbarians from the north and east of Europe, and that’s when it all ended. 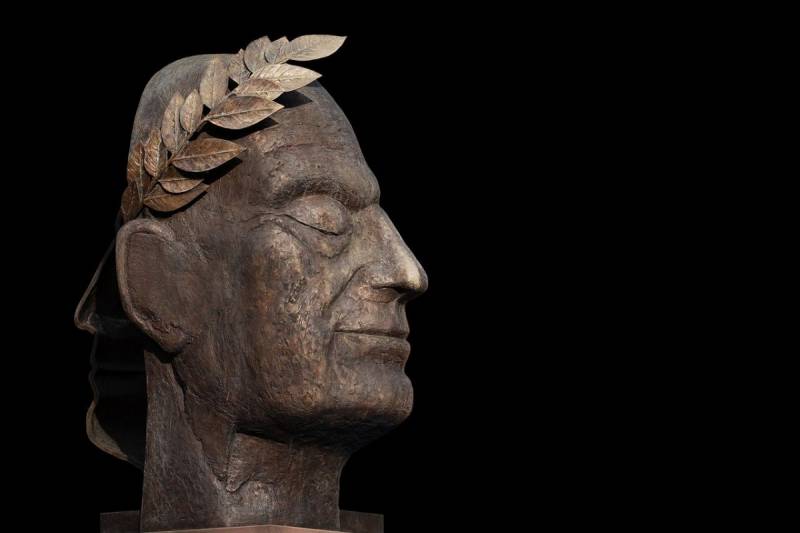 Like other ancient cultures, Romans were polytheistic as well, with complex interrelations between gods and humans. Their gods were associated with the Greek gods, which was the consequence of contact with the Greeks — Jupiter was perceived to be the same deity as Zeus, Mars became associated with Ares, and Neptune with Poseidon.

Romans left a great impact on many modern-day cultures. There are so many historic landmarks around all present-day Mediterranean countries. Just take a look at Croatian coastal cities, for example — they’re full of astonishing Roman citadels. Split has some especially interesting Roman buildings, starting with the Diocletian’s Palace and everything that is set inside its glorious walls. But in Rome itself, you’ll find the most important landmarks for sure, such as the Colosseum, the Forum of Trajan and the Pantheon. There are also various theatres, gymnasiums, marketplaces, functional sewers, bath complexes, libraries and shops, and fountains with fresh drinking water that you can see and admire today. 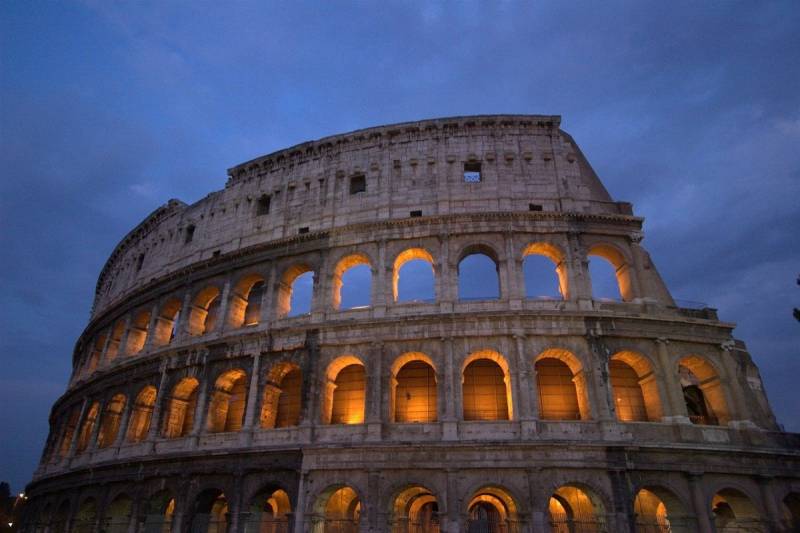 Even though they’re not the oldest civilization in the World, the ancient Greeks are the most influential one for sure; they even had a great influence on the ancient Roman civilization. Ancient Greek history is spread over a very long period and historians have divided it into different periods, the most popular of them being the Archaic, Classical, and Hellenistic periods. In all those periods, various famous Greeks were in the spotlight and left such a great impact on the whole world, and we’re still talking about them today.

The Greeks are founders of almost everything that we know today. They invented the Olympics, the concept of democracy and the Senate. Also, the Greeks laid the foundation for modern geometry, biology, and physics. Just think of Pythagoras, Socrates, and Plato — the philosophers, Archimedes the researcher and scientist, Euclid — the father of geometry, Aristotle — the philosopher and polymath, Alexander the Great — Ancient Greek king… We all heard about them so many times while growing up, right? They have changed this world so much!

The impact the Greeks had on art is also remarkable. Just think of Homer, the earliest Greek poet, and his epic poems The Iliad and The Odyssey. The Greeks were the starters of everything — epic poetry, lyric poetry, and drama, and we have to be forever grateful for that. Music in Ancient Greece was associated with gods. Even the very name of music comes from the Muses, the daughters of Zeus and patron goddesses of arts. It all laid the foundation for the development of the western arts in all of its forms. The impact that we see the most is the one that Greeks had on sculpture and architecture — take a look at everything you can see on the Acropolis hill in Athens and think a little bit, you’ll realize that you’ve seen some elements of that architecture all around the world. 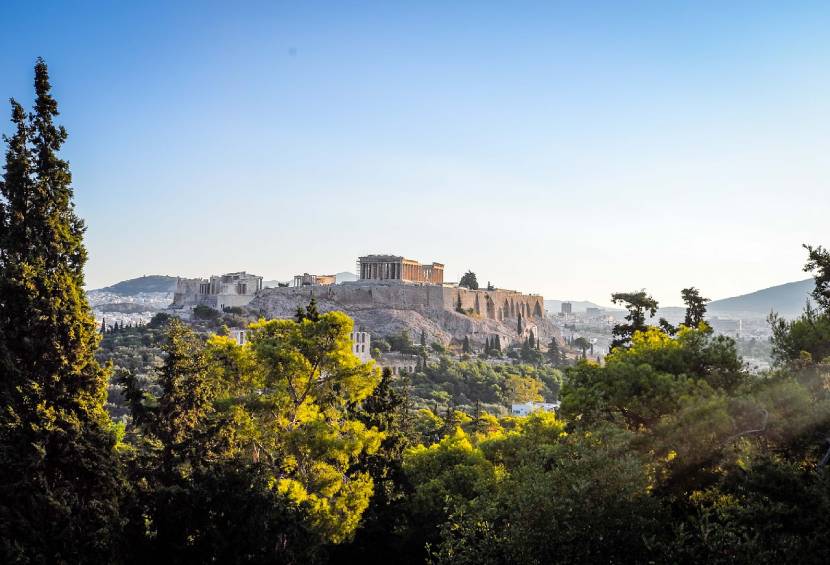 Even though they technically don’t belong to the ancient period, which ended in the 6th century, the Incas are a civilization that does not exist anymore, so they made it to this list. The Incas were the indigenous people that originally lived on the territory of modern-day Peru, and their empire was the largest one in South America in the pre-Columbian era. They started in Peru and later occupied some parts of territories of modern-day Bolivia, Argentina, Colombia, Ecuador, and Chile as well. The administrative, military and political center of the Incan Empire was in Cusco (also known as “navel of the world”), which is located in modern-day Peru.

The Inca culture was the most important one in Peru, and the most advanced one. It was lead by 13 Incas, who were in charge of governing different social classes. The official language was Quechua, and they were polytheistic culture. Some of the most important Incas’ gods were Viracocha (ordinator god), Inti (Sun), Pachamama (mother earth), Apus (spirit of the mountains), Cochamama (goddess of the sea), Pachacámac (god of earthquakes). But they were the most devoted to Inti, the Sun god — they even called their king “Sapa Inca” meaning the child of the sun. That’s the reason they were so many gold accessories on the kings’ garments.

The Incas were great builders and it is pretty notable nowadays; architecture was their most important form of art, followed by interesting textiles and ceramics that reflected their architectural motifs. They constructed many fortresses and sites, like Machu Picchu (Quechua: Machu Pikchu). Machu Picchu is the amazing sacred city of Inca people, built in the 15th century, and later abandoned. This Incan citadel is the most well-preserved archaeological place on our planet and the most famous one in South America. This place, hidden high in the Andes mountain, can be reached by hiking the infamous Inca Trail or by the train. 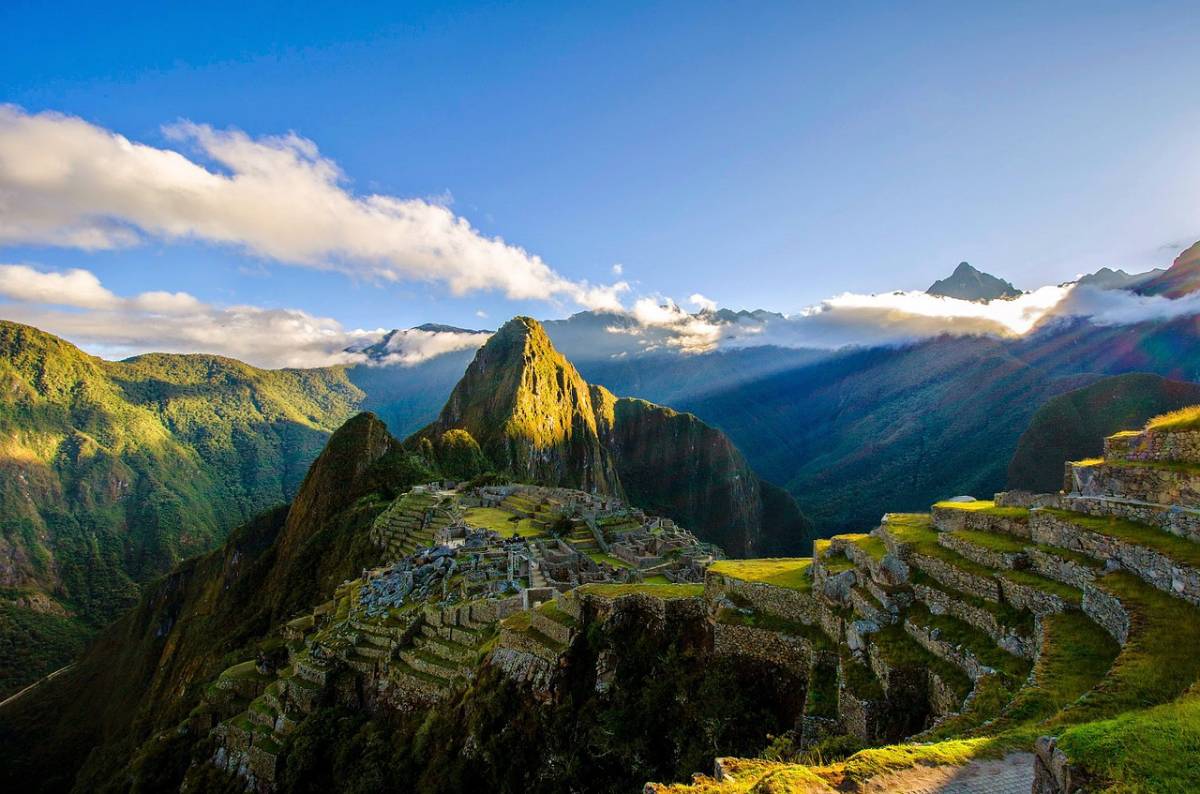 The Mayas were indigenous people located on the historic territory of Mesoamerica, which was centralized around the modern-day Yucatan region in Mexico. The Mayan civilization was pretty strong, prosper, and quite highly sophisticated, and they were around for a pretty long time — from the 26th century BC until the end of the 9th century AD.

By the 7th century BC, Mayas had developed their logosyllabic script, which was the most sophisticated and highly developed writing system in pre-Columbian Americas. They used the script for making the solar calendars carved in stone, which they’re famous for. According to that calendar, the world was created on August 11, 3114 BC — the date on which the calendar begins, and was supposed to end on December 21, 2012.

The Maya civilization was very culturally rich, they’re known for their art, architecture, mathematics, calendar, and astronomical system. Their architecture was extraordinary, and you’ll see a lot of art forms and hieroglyphic texts incorporated in their buildings. The Mayas built a lot of pyramid temples or kʼuh nah, meaning “god’s house”. They were mostly larger than the one we can see in Egypt. Besides pyramids, they built a lot of palaces, ballcourts, sacbeob (causeways), patios, and plazas, that were mostly painted in one or multiple colors, and often had different imagery on their façades.

Mayas are known as the great astronomers — they observed celestial bodies very patiently, mostly the movements of the sun, moon, Venus, and the stars. The data was mostly used by the priesthood, to comprehend past cycles of time, and project them into the future to produce prophecy.

There is one mystery about Mayas that still remains — how did one such sophisticated civilization disappear overnight? Still, the people didn’t disappear completely, some descendants still live in Central America. It would be interesting to meet them and learn more about the culture, for sure.

Modern culture owes a lot to these ancient cultures that existed many centuries ago. Of course, there are more of such cultures, and we will share more with you in the future. We’re excited to bring you this kind of more educational content about the topic that we care about the most — culture.