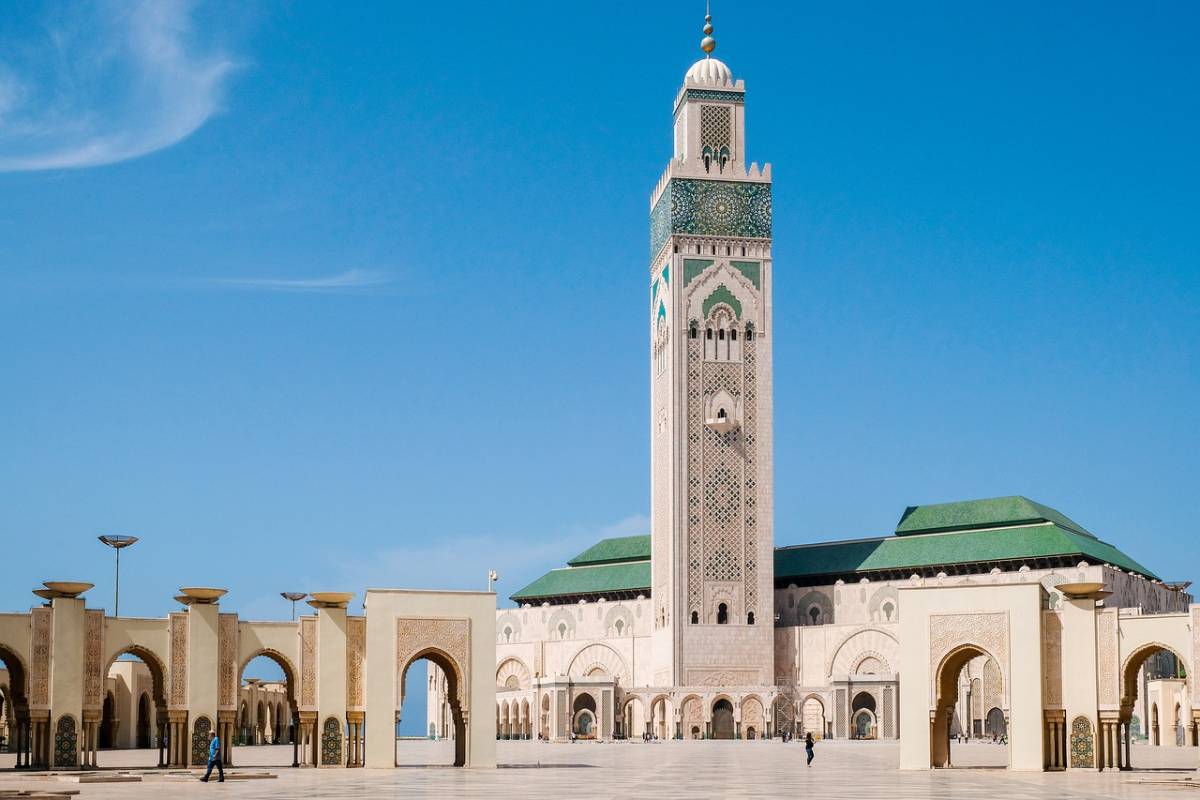 If you’re a culture-lover, Morocco is a great vacation destination – it’s a country where you’ll experience something really different. Being that close to Europe – only about 13 kilometres from the Spanish coast you can imagine that it is a real cultural melting pot with European, Middle Eastern and Berber impacts. If you want to discover Morocco, keep reading because we’re about to show you the best cities to experience Moroccan culture.

No matter where you stay in Morocco, you will get that feeling of unique North African culture, but of course, there are a few places that stand out and that you must visit for the best cultural experience. You cannot visit Morocco without exploring at least one of its imperial cities – Fez, Meknes, Marrakesh and Rabat, that are all very much important for the history all were the capital of Morocco at some point (today, Rabat holds that title).

Fez served as Morocco’s capital for over 4 centuries, and still is an important cultural centre of this amusing country. It was recognized as such by UNESCO, and its old town, known as Fes el-Bali that was founded in the 9th century was declared as World Heritage Site. There is really a lot to see in Fez – its medina (central part) is full of madrasas (schools), fondouks (hotels), palaces, residences, mosques and fountains mostly dating back to the 13th and 14th century. You must see the Quaraouiyine mosque and the University associated with it – the oldest University in the World. Also, don’t miss the Chaouwara Tanneries, the Merenid Tombs and the Mellah or Jewish Quarter. 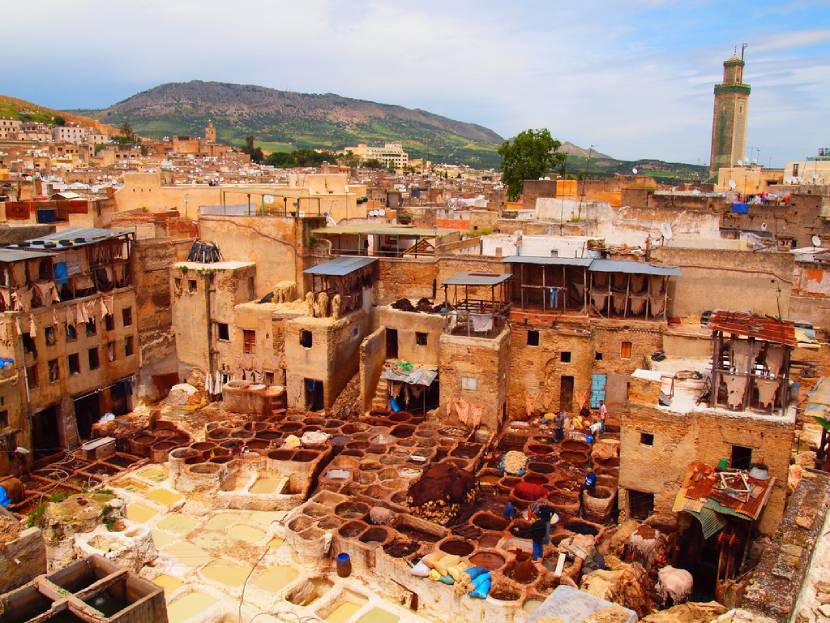 Set in the foothills of the Atlas Mountains, Marrakesh is one great historic city, with that special atmosphere all over its streets. While in Marrakesh, you cannot miss the main square called Jemaa el-Fnaa – you’ll see some snake charmers, henna tattoo artists and various other entertainers by day, and food stalls with lamb, orange juice and other specialities at night. If you want to relax a bit, check out the Jardin Majorelle, one of the most popular places in Morocco, it’s a tranquil garden with streams and over 300 plant species – the perfect place to get out of the city bustle. 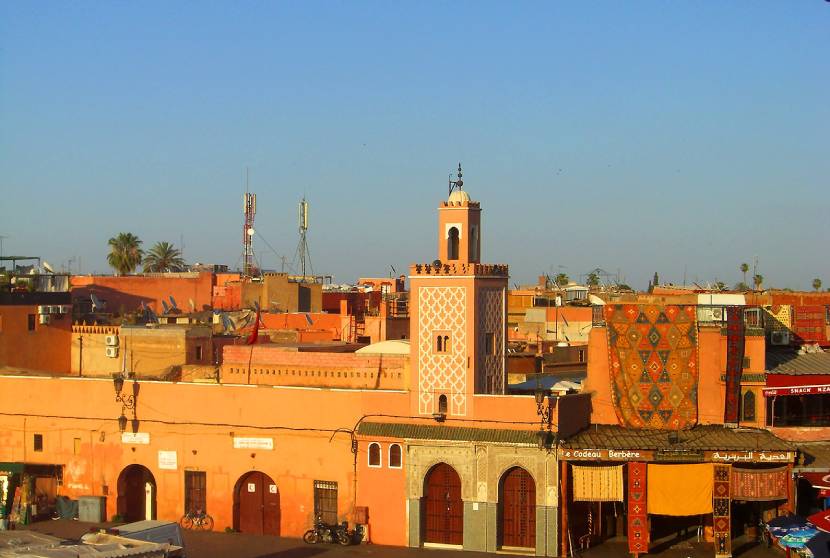 If the noise of Fez and Marrakesh is a bit too much for you, visit Meknes – another imperial, but much quieter city. Meknes has a perfect, well-preserved medina with plenty of historic hotspots that you’ll enjoy exploring. You must see Heri es-Souani (royal stables) and Borj Belkari Tower (lookout tower in the city’s defensive walls). Wander around the city and admire its architecture – you’ll see some pretty impressive buildings and carved gates, such as Bab Mansour that is often named the world’s most impressive door. 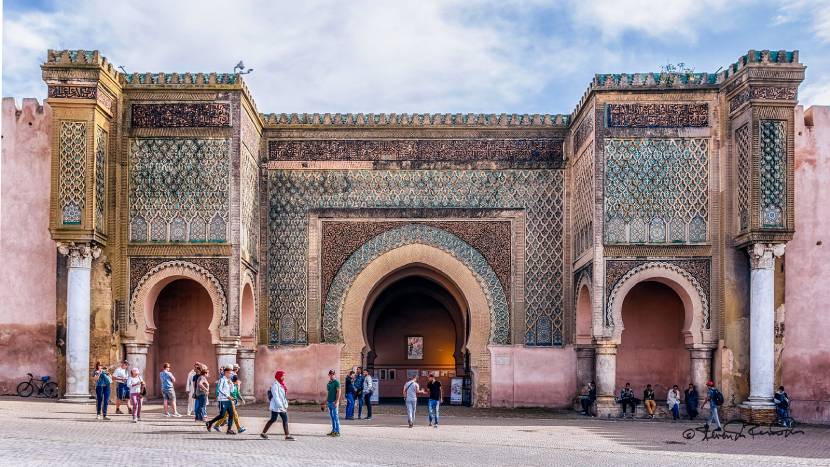 The current capital, Rabat, is another calmer city in otherwise pretty hectic Morocco. This is the city where the royal family stays for the most of the year, and we must say that their Palace is quite astonishing, so don’t miss visiting it – it’s one of the best examples of the Moroccan architecture. Besides amazing architecture and awesome medina that is less hectic than medinas in other Moroccan cities, Rabat has some quite nice beaches, so you can enjoy the sea as well. 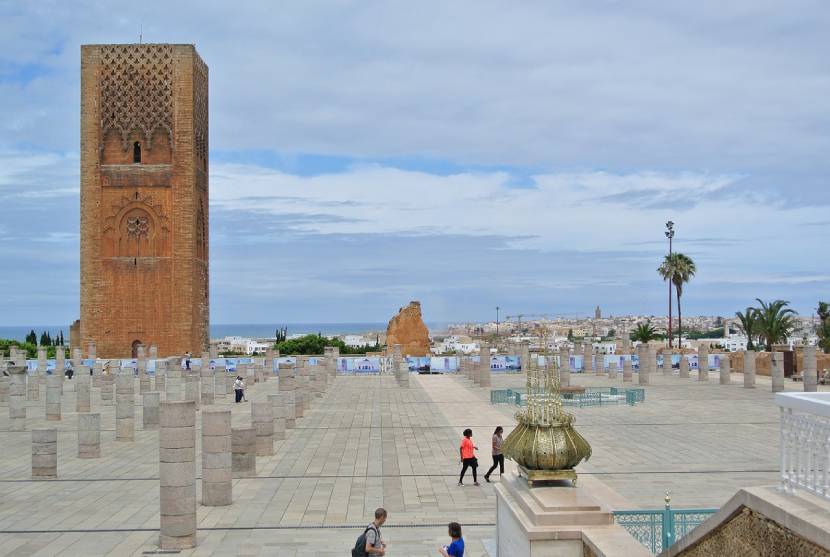 So, those were the amazing, must-see imperial cities, but you should know that there are quite a few smaller places that are worth exploring, such as Chefchaouen, Tangier or Casablanca.

Located on the very north of Morocco, Tangier is the gateway to Africa for most people who get there by boat. Most of those people stay in Tangier only for a day but trust us there is much to see there, so you can easily stay a couple of days. Even though the city lost most of the charm that it had in the 1940s and 1950s, it is still very lovely. Check out its medina with alleyways full of shops and teahouses and enjoy the famous mint tea. You must go to the Kasbah – the fort that sits up on the hill and gives you an amazing view of the ocean. 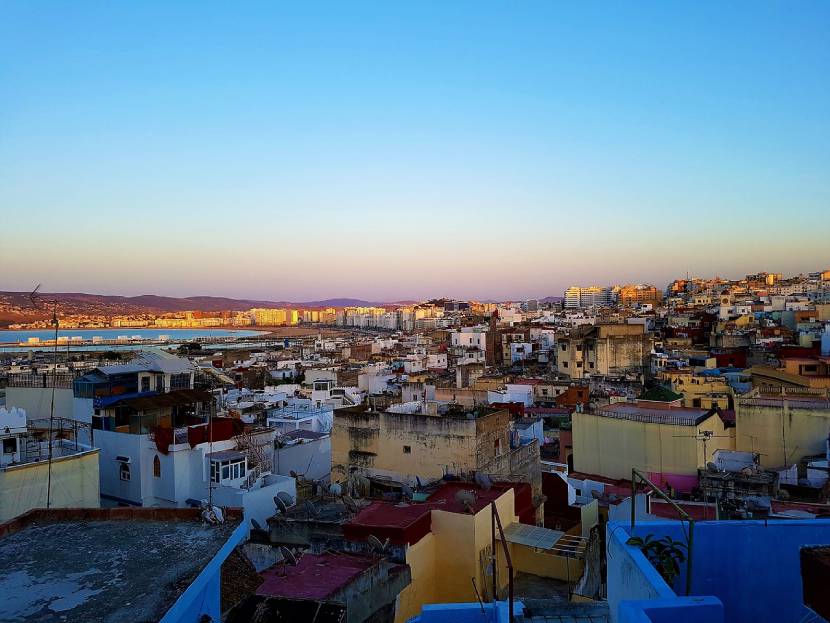 Casablanca, set on Morocco’s Atlantic coast, is its largest city and the busiest port. The city is all about the development and progress, so it might not give you that traditional as other Moroccan cities but trust us – there is a lot of cultural heritage to experience there. You must explore its old neighbourhoods and see the blend of French colonial and traditional Moroccan architecture that it has. Casablanca’s medina is very interesting for exploring and it’s a place where you’ll find tiny stores selling spices, clothing and handmade crafts. The newer parts of the city are pretty extraordinary, so don’t miss to explore them as well.

Chefchaouen is a small city that would probably never cross your mind when thinking about travelling to Morocco, but it’s a place that you really shouldn’t miss. Chaouen, how the locals call it is also known as the Blue City and that is pretty clear once you see the pictures of it. Most of its walls are painted blue – some say that the blue colour protects from mosquitos, and the others say that it symbolizes heaven. This is a small town very rich in cultural heritage and you must visit its museums to learn about it – you won’t regret it. 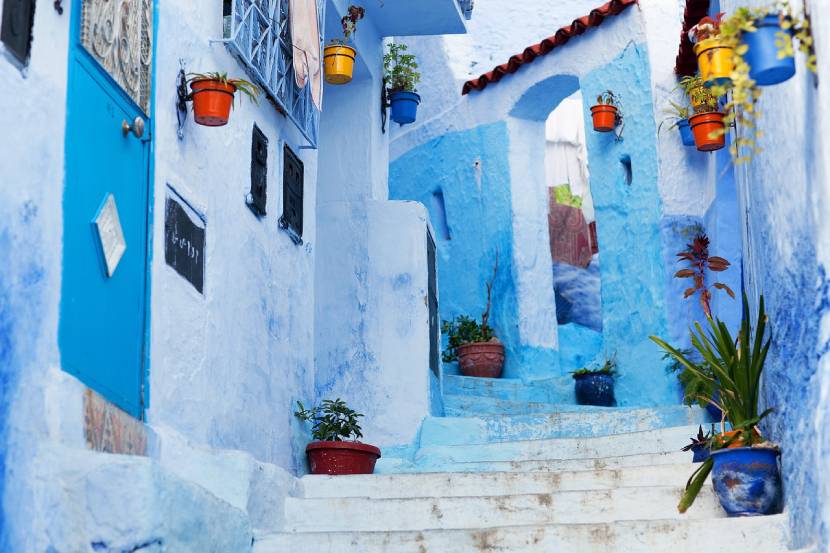 As we already said, no city is a bad choice for experiencing and enjoying Moroccan culture. Every city has the old town – medina where you’ll find all the traditional stuff that you’re dying to try and small teashops for enjoying traditional Moroccan mint tea. Just let yourself get lost in the alleyways and find your way to the cultural places that will tell you more about the history of this gorgeous country.