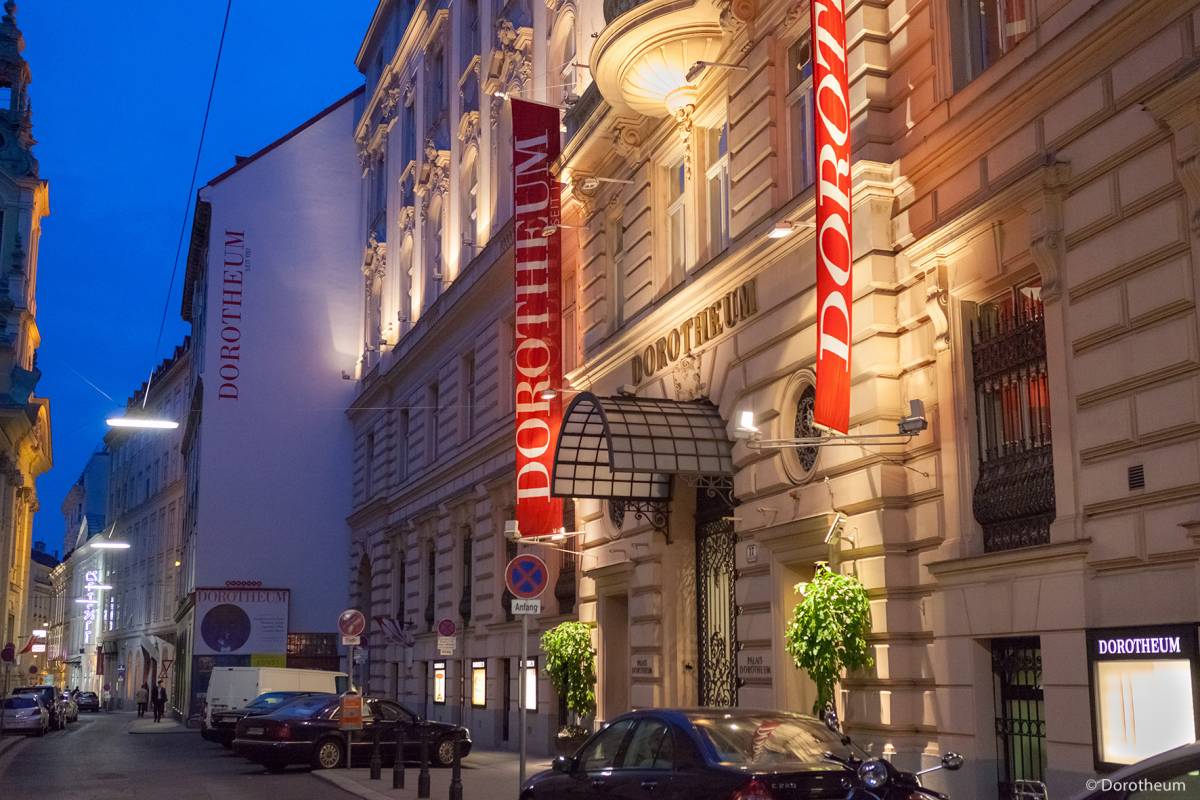 Dorotheum in Vienna – Auctions in Autumn and Winter 2021

The Vienna Dorotheum was founded over 300 years ago and is now the largest auction house in the German-speaking countries, as well as one of the oldest and largest in the world. But the Dorotheum is not stuck in the past, it has a modern presentation with online auctions and much more. In fall, artworks from various eras, selected antiques, furniture, and porcelain are up for bid at Classic Week and Contemporary Week. Check out further information about classic week here!

In March 1707, the present Dorotheum was founded by Emperor Joseph I, at that time still under the name “Versatz- und Fragamt” (Pawn and Auction House). When Joseph II took over power a short time later, he opened the Dorotheum to the entire population – previously it had only been accessible to the very wealthy.

How the Dorotheum Got its Name

As a well-known Viennese institution, the Dorotheum embodies a piece of Austrian history. 80 years after its foundation as the “Versatz- und Fragamt zu Wien”, the Dorotheum moved to the former Dorotheerkloster, which gave it the name “Dorotheum”.

In 1901, Palais Dorotheum was completed in Dorotheergasse on the site of an old monastery. The plans for the new building in neo-baroque style were drawn up by the well-known Ringstrasse architect Emil Ritter von Förster. Emperor Franz Joseph himself performed the ceremonial opening.

Tradition and Modernity – The Dorotheum Today

Today, the Dorotheum combines the three areas of auction house, pawn and jeweler under one roof. Approximately 700 auctions are held annually, and the range of items on offer comprises more than 40 divisions, which are overseen by more than 100 experts. Highlights of the year are the large auctions of old masters and 19th century paintings, classic modern, and contemporary art as well as antiques, silver, Art Nouveau, jewels and watches.

Since 2001, the house has been privately owned and is increasingly focusing on internationality, without forgetting its long tradition. Today, branches and representative offices can be found in Munich, Düsseldorf, Milan, Rome, London, Prague, and Brussels.

The big auction weeks take place at the beginning of November and December.

Classic Week kicks off from November 4th to 11th, offering old master and 19th century paintings,  as well as antiques.

One of the focal points will be Venetian art, which would be almost inconceivable without Jacopo Robusti, better known as Tintoretto. Venus, Mars, and Cupid can be seen in his painting on auction. The masterful work of art, estimated at €300,000 to €500,000, will go under the hammer at the Old Master Paintings auction on November 10.

Here you can find all information about current auctions.