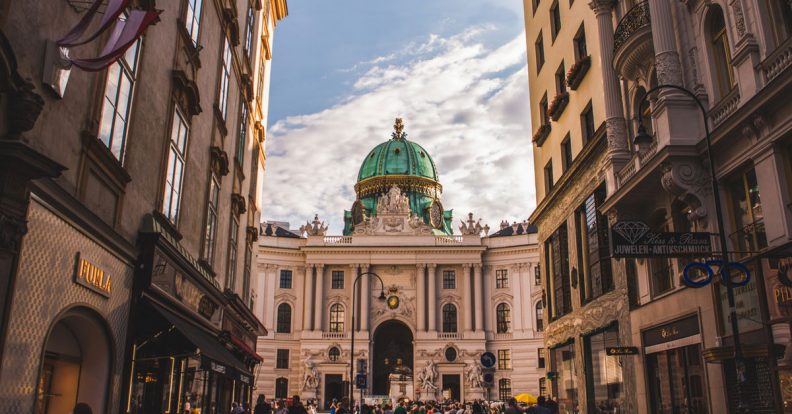 Vienna is an amazing, beautiful city with history so rich that it will take some time for you to grasp it. If you’re in Vienna for a short work trip, or you just need an idea on how to start exploring this amazing historic city, here’s a short guide to 5 best Vienna city center hotspots.

Vienna is full of gorgeous churches that are true architectural gems and some of the most important landmarks. Our definite favorite is St. Stephen’s Cathedral, or Stephansdom, the church which dominates the city’s skyline. With about 5,5 million visitors a year, this famous cathedral surely is one of the biggest attractions of the Austrian capital. This extraordinary church is set in the very center of Vienna and its spire is what makes it really interesting, as well as its astonishing interior.

But why is this cathedral so special? First of all, it is a place of worship. Religion and spirituality have always been important to people around the world, and it’s no exception in Vienna. In Stephansdom, exactly seven services are held on weekdays and ten on Sundays. Always wonderfully decorated, the place becomes particularly busy with visitors on high feast days such as Easter, Whitsun, or Christmas. Secondly, being a true symbol of one nation, a monument that makes an entire country proud, Stepansdom is a must-see place when you come to Austria.

This famous cathedral is featured in several of our tours, so search for it on our Cultural Places platform and enjoy learning interesting historic facts.

Hofburg, whose name translates to “Castle of the Court”, is another symbol of Austria and a remarkable Viennese landmark. This is an extraordinary castle complex, the main residence of the Habsburgs, and the political center of the Habsburg monarchy. Today, it still has almost the same role — it’s the official residence and workplace of the president of the Republic of Austria.

This glorious complex is located in the very center of Vienna and it is impossible to be missed; it is one of the largest palace complexes in the world. The architecture is marvelous — its major buildings reflect 700 years of architectural history, as each of its rulers requested some alterations and additions. This is why this complex is a mixture of many styles: from Gothic to Renaissance, Baroque to Rococo, and a little bit of Classicism.

The complex is huge — it occupies an area of some 59 acres and with its 18 groups of buildings, 19 courtyards, and 2,600 rooms we can easily say that it’s a city within a city. Hofburg is incredible both inside and out, so we recommend you to explore at least some of its glorious rooms.

Maria-Theresien-Platz is an amazing square which is a part of the Hofburg Imperial complex. This square was built at the end of the 19th century, in the honor of the Empress Maria Theresa, and it was revealed by the empress Sisi. The square is located between the Ringstraße (the Vienna Ring Road) and the Museumsquartier — a museum of modern arts located in the former Imperial Stables. The centerpiece of this square is the large monument dedicated to Maria Therese — the beloved empress and one of the most important Habsburg rulers. It’s a huge monument with the Empress sitting on a throne towering over four sets of statues. Among other statues, you will find Mozart and Haydn.

The square is open at all times for public and it’s especially cool during the Advent time when it turns into a real Christmas Village.

The Spanish Riding School is also a part of the Hofburg complex but is especially interesting to visitors because of the famous Lipizzaner horses that are being trained here. The school itself is located between Michaelerplatz and Josefsplatz inside the Hofburg, and the interesting performances that we all want to see are taking place in the Winter Riding School, which is built in between 1729–1735. The building is amazing — it’s a huge sunlit hall, with a portrait of Emperor Charles VI standing opposite the entrance, and riders always salute him before they ride.

The Spanish Riding School has 450 years long tradition in training Lipizzaner stallions in the Renaissance tradition of the Haute Ecole, which is listed as a UNESCO intangible cultural heritage of humanity.

If you want to see the Lipizzaner horses, you can enjoy one of their regular shows, but you have to book your ticket several months in advance, so be sure to check the official website. Also, you can see the wonderful stallions during their morning training sessions (Morgenarbeit), for which you can get tickets on the entrance.

The Vienna State Opera House (Staatsoper) is one of the world’s leading opera houses, and it’s one truly extraordinary building. It is one of the main symbols of Vienna — the City of Music.

This neoclassical building is constructed between 1861 and 1869 and is the first major building on the Vienna Ring Road (German: Ringstraße), and it totally dominates this part of the city. Its beautiful exterior is paired with an even more astonishing interior, with marble, gold, and decorative stucco all over the place.

If you’d like to explore the interior of the Opera House, there are two possibilities — you can get a ticket for one of the performances, or you can take a guided tour where you will see some pretty interesting rooms that you’d miss if you only watched one of the shows.

A virtual tour guide to these places (and more) can be found on our Cultural Places platform. In our “Ultimate Beginners’ Guide to Vienna”, the virtual guide Josh will take you around the city’s first district (Innere Stadt), and tell you a little bit about Vienna’s historic events and their protagonists. You’ll learn a little about the landmarks that we mentioned above, and many others that are located in their surroundings, such as historic churches and the secrets they hide, the Neo-Gothic Rathaus (the City Hall), and many other architectural wonders around the Viennese historic city center. Also, our guide will take you to one of the most iconic Viennese cafes, but if you get the chance to actually visit it, be sure to blend among the locals as well as you can.

Vienna is new to you? This tour covers historical highlights, reveals fascinating stories, and takes you down a few cobblestone streets that most visitors never see.

If you prefer wandering through the city’s streets and discovering all the interesting sights in them, instead of looking for a specific landmark, we have a tour that will show which historic streets you need to wander around: “Explore the Heart of Old Vienna”.

The narrow alleys all around the city center all have stories that explain Viennese history. Each nook and corner has some interesting facts that you can learn, and which will give you interesting insights into the landmarks that you can see in your surroundings.

One of the most interesting and important streets is surely Hoher Markt (high market), which is as old as Vienna — it was a part of Vindobona, a Roman settlement that existed from the 1st to the 5th century A.C.

Even though it was once a part of the Roman settlement, there are no ruins to be seen today except in the underground museum. But everywhere you turn you’ll see some amazing buildings! Some of the most impressive things to see here are the Wedding Fountain and the amazing Ankeruhr — a large gilded clock in Art Nouveau style that shows different figures crossing the bridge each hour and plays music in the background.

Not to reveal any more streets and information, we recommend you check out the tour and see for yourself what a nice insight into the city center you’ll get.

Explore the Heart of Old Vienna

Vienna is full of history! Discover it by walking through the small alleys around the Rotenturmstraße. Every corner and cobblestone will tell you about the genesis of the city… 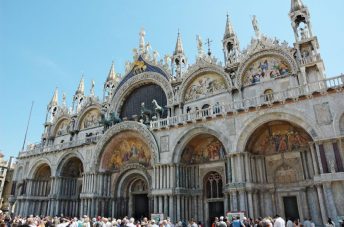 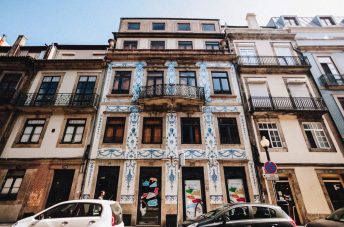