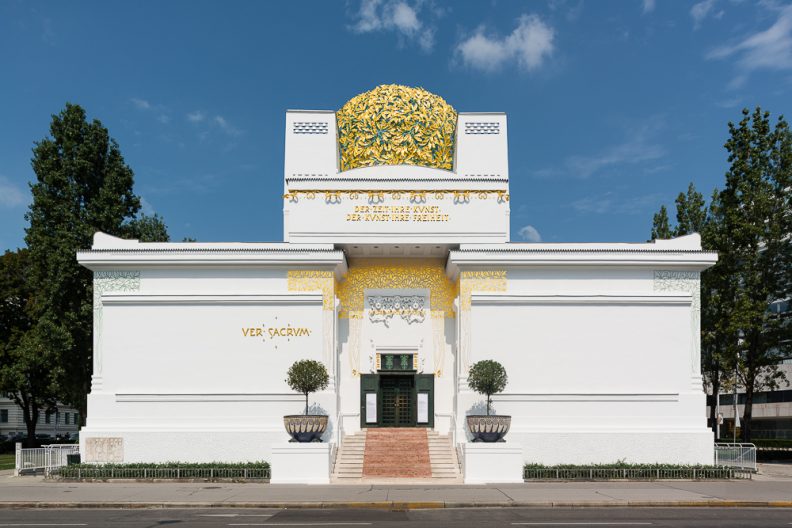 The Art Nouveau architecture gave us some pretty amazing landmarks. You just gotta love it! Vienna Secession, as the movement was known in Vienna, left a huge impact on the city’s architecture as we know it today, and it wouldn’t be possible without Joseph Maria Olbrich and Josef Hoffmann. These two established the movement, well-known architect Otto Wagner joined a bit later. In this blog post, we show you some of the best-known and most popular buildings of Viennese Art Nouveau architecture from all around the city.

The very building where it all began, is called just like the movement itself. The Secession building is an exhibition house built in 1897, that seceded from the artistic practices and customs of the time and opposed the antiquated styles taught at the art academy. The building was designed by one of the founders of the Secessionist movement, Joseph Maria Olbrich. He aimed to move towards a more sleek, utilitarian architecture. Even though it was built as a simple, white cube, it still stands out in its surroundings. What makes this building so unique are its gold details, and especially the cupola on its top. This is the reason why the building is also known as Krauthappl (cabbage head) among the locals.

Another notable member of the Viennese Art Nouveau architecure movement was Otto Wagner — he left such pretty buildings behind. In this blog post, we’ll mention a few of his buildings. but stay tuned until the very end when we will come back to Otto Wagner again.

Austrian Postal Savings Bank, also known as K.K. Postsparkassenamt or Die Österreichische Postsparkasse, is often labeled as Wagner’s most important work. This at some parts up to eight stories tall building is huge — it occupies a whole city block. Its one-of-a-kind façade is covered with square marble slabs and aluminum applications that resemble money storage units. The interior of the building is just as stunning as the exterior is. On the main floor, you’ll find a bright Banking Hall, designed like an atrium, illuminated by a glass ceiling. The decorations are so minimal but beautiful and outstanding — you’ll see only glass and polished steel around the hall. Wagner totally changed the design rules here, and that was one of the reasons he won this commission.

The church of St. Leopold (Kirche am Steinhof) was also designed by Otto Wagner for the Steinhof Psychiatric Hospital. It is considered to be one of the most important Art Nouveau churches in the world. Wagner believed that any building has to functionally serve those who will use it. In this case, it was a challenging task to recognize the needs of this church’s users. The architect thought that psychiatric patients deserved just as beautiful and functional spaces as someone working in the Postal Bank building. This church’s façade is covered with marble plates held in place with copper bolts and topped with a unique dome of copper and gold.

The Ankerhaus on Graben Street is a Viennese building associated with two famous architects — Otto Wagner, who designed it, and Friedensreich Hundertwasser, an architect and artist who once had a studio in the building. This building was commissioned by the Anker Insurance Company. Today they are operating under the name “Helvetia” and still occupy a part of the building. This was the first time Wagner created a multifunctional building. The shop space was on the ground level, offices and apartments in the middle, and a studio or workshop on the rooftop. The rooftop might be its best feature, and it gives an amazing view of the city.

The Anker Insurance Company also commissioned the famous Ankeruhr — an Art Nouveau mechanical clock at Hoher Markt, in the heart of downtown Vienna. This large gilded clock, designed by painter and sculptor Franz Matsch, shows 12 different figures crossing the bridge slowly, and each hour it plays organ music in the background. The Anker Insurance commissioned this clock at the time of their expansion, and it is said that it symbolizes the importance of life insurance. If you look carefully, you will see two figures on top of the clock who represent life and death, which makes the former statement quite clear.

Did you know that Otto Wagner married twice and that he built a villa for each of his wives? The first villa was for Josefine Domhart was supposed to be a summer house. Anyways, the family ended up living there all year round. The house is Palladian in style, with four iconic Neo-Classical columns at the entrance. Details on the railing and façade show that the architecture was going through a change, which resulted in the Art Nouveau style.

Right next door to Villa I, Wagner built Villa II for his second wife, the love of his life, Louise Stiffel. The style of the second villa is completely different from the first one, and it is totally clear that it was designed in the Art Nouveau style. These two villas show how Wagner grew as an architect over time.

Engel Apotheke, a pharmacy building designed by Oskar Laske, represents another building in the Art Nouveau style. Compared to other important buildings of this style, this one is on a smaller scale, but the decorations on its façade make it very interesting. On the ground level part of the façade, you can see two angels made of colorful mosaic.

Even though he was a part of the Art Nouveau movement, Adolf Loos’ work differs quite much from other architects of the time. He fought hard against the excesses of the Secession style and the decorations that were typical for all buildings designed in the Art Nouveau style. His much more rational and calm decorations can be seen in his most famous Viennese building called Looshaus. Looshaus consists of two parts: the lower one is for business and it is decorated in marble and glass, and the upper one is for the apartments and its façade is in plain cement. Even though it might seem too plain compared to other buildings we mentioned here, Looshaus is still a beautiful example of Art Nouveau architecture in Vienna.

Besides the Art Nouveau architecture we mentioned earlier in this post, Otto Wagner is also known for the work he did on the Karlsplatz, or to be more precise, on the Stadtbahn — the old subway station. Take a look at that gorgeous entrance pavilion to the subway with the most beautiful golden and marble ornaments. It is now serving as an exhibition space and a café.

Also, there are a few Wagner’s buildings around Naschmarkt, Vienna’s most popular marketplace. We assure you that those are some of the most interesting buildings Wagner ever designed. We won’t give you any details, instead, we recommend you take our digital tour around Naschmarkt and the nearby buildings, called Otto Wagner and Naschmarkt. Learn about this 9 centuries old marketplace and see more of Wagner’s wonderful buildings. Enjoy the unique atmosphere!

Our digital guide around Naschmarkt

Naschmarkt not only offers culinary highlight but also architectural ones: the Art Deco and Viennese Modern Age buildings by Otto Wagner… 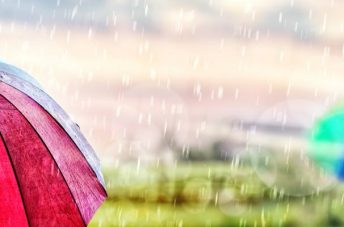 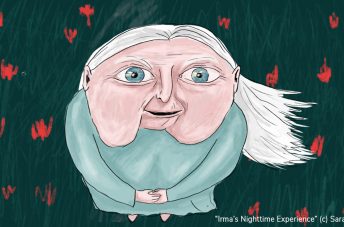