The Dark History of Camp Liebenau in Graz

The history of the nazi camp in Graz Liebenau was not properly dealt with for decades after World War II. However, since autumn 2020, there has been a new memorial plaque on site and a digital tour to prevent this dark chapter from falling into oblivion.

The Liebenau camp (also known as “Camp V” in Roman numerals) was built in 1940 as a so-called “resettler” camp. Its barracks initially housed German speakers from other countries, so-called “ethnic Germans” who were brought “home to the Reich” until they were given permanent accommodation. As early as 1941, it became a forced labor camp, the residents of which had to work in the Steyr-Daimler-Puch factory to produce motorcycles, bicycles, and weapon parts.

Atrocities Committed by the Nazi Regime

By the spring of 1945, the nazi camp had become a stopover for Hungarian Jews on the death march to Mauthausen. They were exhausted, and many of them ill, but they were barely given any food or medical care, even though it would have been available. It is known for sure that many of them were murdered or left to die, although it is unclear how many people were killed here. Eyewitness reports and found belongings, as well as evidence of buried bomb craters, suggest that numerous other murders took place here, however we (still) do not know the full extent.

After the war, the occupying powers tried to bring some justice to the perpetrators. In the course of the Liebenau trials in 1947, 53 bodies were exhumed, 34 of which had gunshot wounds. The majority of them were buried at the Jewish cemetery in Graz, but unfortunately, only a few of them are known by their names. Charges were brought against the camp administration, and the trials resulted in two death sentences and one prison sentence, with the death sentences being carried out shortly thereafter. For many, this chapter was apparently closed, because there was no concern with the subject for a long time after. The area was built up and redesigned, and any indication of the atrocities that were once perpetrated here was erased. There is now a small settlement with single and multi-family houses with beautiful gardens, where the camp’s barracks once stood.

Even shortly after the war, it was suspected that many more people were shot here than those who were found and that most of them are still buried somewhere. In fact, two victims were discovered in 1992 when a children’s playground was built on the site. Very recently, during excavations in January 2021, human bones were found, which presumably belong to murder victims of the Nazi regime.

The nazi camp’s existence and the dark history of Graz Liebenau were forgotten for a long time, which is unfortunately often the case. The subject was not pursued after the trial, and the past lay dormant. As part of the Mur power plant construction in Graz-Puntigam, the public finally showed interest in the area and its history. The city of Graz, together with Energie Steiermark, commissioned a study at the Ludwig Boltzmann Institute headed by Barbara Stelzl-Marx. Excavations on the construction site brought to light personal items such as combs, newspapers, letters, jewelry, and much more – but no more bodies. Thanks to the scientists, we now know more about the victims, although much still remains in the dark.

The research findings should not disappear in an archive or only be looked at by a specialist audience. They have been made available to the public so that the history of the camp will never be forgotten. For this reason, a memorial plaque was erected on September 11th, 2020 at the site where the nazi camp used to be and where the Grünanger or Maria-Cäsar-Park is today. It now recalls the murders of the Nazi regime that were carried out in Graz Liebenau.

We were pleased to be able to work on this project and to be able to offer insight into the camp’s history in the form of a free digital guide: The Liebenau Camp – a Place of Condensed History. A special feature is a historical bird’s eye view of the area shortly after the Second World War, which is embedded in the current map view. It is intended to remind us that where the park, kindergarten, and small houses are today, mass murders once took place.

This digital tour was created by the Ludwig Boltzmann Institute for Research on Consequences of War in cooperation with the University of Graz (Karl-Franzens-Universität) and the support of the Cultural Places team.

The sponsors of the project are the Cultural Office of the City of Graz, the Department of Culture, Europe, and Sports of the Office of Styrian Government, as well as the Energie Steiermark AG. 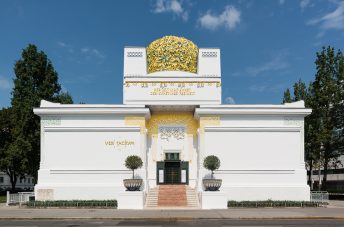 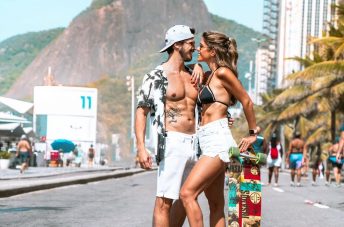 Being a Travel Blogger in Times of COVID-19, Part II