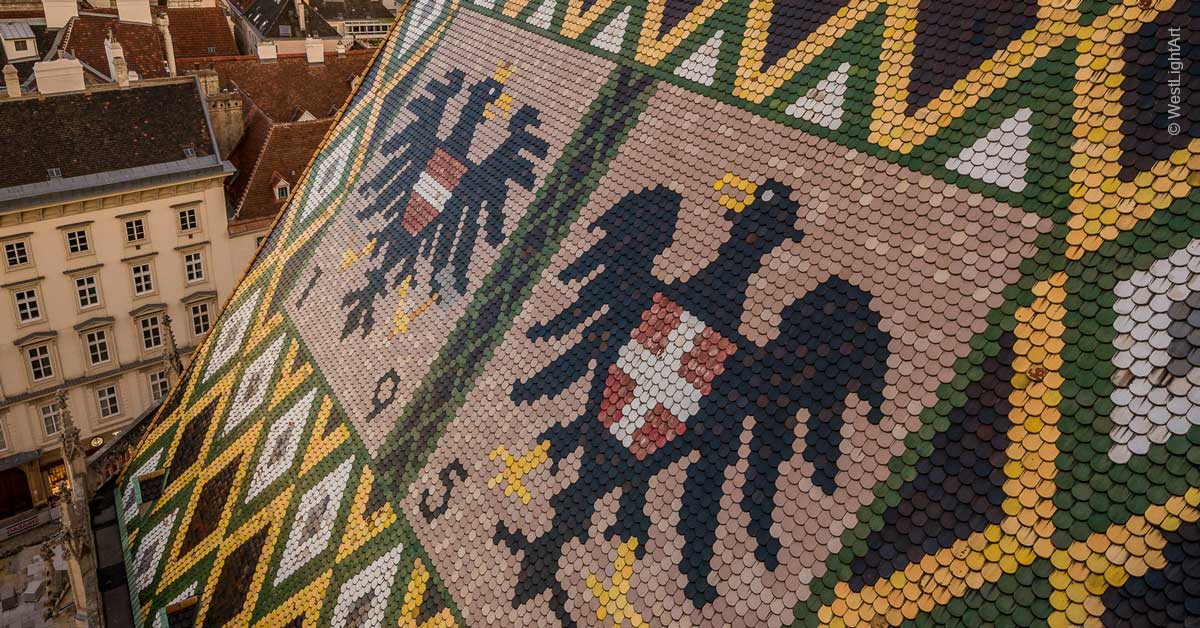 The Secrets of St. Stephen’s Cathedral in Vienna

Who doesn’t know the St. Stephen’s Cathedral in Vienna? The most famous landmark in Vienna’s city center attracts millions of visitors each year. But what makes it so unique? Keep reading and we’ll reveal some of the cathedral’s secrets!

It’s an obligatory stop on any visit to Vienna: we’re talking about St. Stephen’s Cathedral, endearingly referred to as “Steffl” by the locals. Numerous legends and myths surround the mighty cathedral, and the city’s history is hidden in the many details on its façade. We’ll share some of those stories with you in this blogpost!

In partnership with the cathedral, we have created the only official outdoor tour that leads around St. Stephen’s Cathedral and brings you closer to countless stories and anecdotes of past times. You can listen to the guide on site or pour over the detailed pictures included in the tour from the comfort of your sofa if you want or have to stay at home.

Legend has it that in the 12th century, Margrave Heinrich II dreamed of a large church that would become the city’s landmark, and thus began the construction of the present-day cathedral. In fact, a large church was built during this time, but almost nothing is left of the original structure which was repeatedly destroyed and rebuilt. The cathedral you see today dates from the 13th to 16th centuries, during which it was constantly changed and enlarged.

Details of the Façade

The cathedral’s exterior is very revealing: over the centuries, history has been inscribed in it in the truest sense of the word. The Austrian resistance movement carved their sign into the façade after the Anschluss 1938, the Russian occupiers marked the cathedral as mine-free, and there is this mysterious circle… There are also numerous reliefs, inscriptions, paintings, sculptures, and much more to discover.

Initially, St. Stephen’s Cathedral was only slightly damaged in World War II, until the catastrophe that occurred on April 12, 1945. Looters set fire to neighboring houses, which in turn spread to the roof of the cathedral – within a short time, the entire wooden roof was on fire, the towers burned up, and the famous bell known as the ‘’Pummerin’’ fell into the vestibule of the south tower and broke into pieces. The reconstruction was tedious and lengthy due to the war and the ongoing deprivations of the post-war period, but here the connection between the Viennese and their Steffl became evident: many donated even though they didn’t have much themselves. The large numbers on the north side of the roof indicate that it was rebuilt in 1950.

Such a huge, old building needs to be kept in good condition, and restoration work is continuously required. The small building behind the display cases on the north side is the restoration workshop. Many specialists are dedicated to the constant maintenance of the cathedral – for example, one or the other of the 230,000 roof tiles needs to be replaced from time to time. Preserving the different types of stone exposed to the weather also requires special skills and knowledge.

Combine your visit to St. Stephen’s Cathedral with a walk in the first district! Vienna’s city center is most beautiful at Christmas time – with all restaurants and cafés currently closed, the atmosphere is particularly contemplative. The Christmas lights on the Graben, Rotenturmstrasse, or at Kohlmarkt bring the Christmas spirit to life this unmatched year. Grab your phone, download the guide, and be on your way! If you’d prefer (or have to) stay at home, you can listen to our guide and let yourself be carried away into the legendary world of St. Stephen’s Cathedral. Numerous other offers are waiting on our website – browse a bit, choose, and get started!