Top 10 Things to Do in Banja Luka – Bosnia and Herzegovina 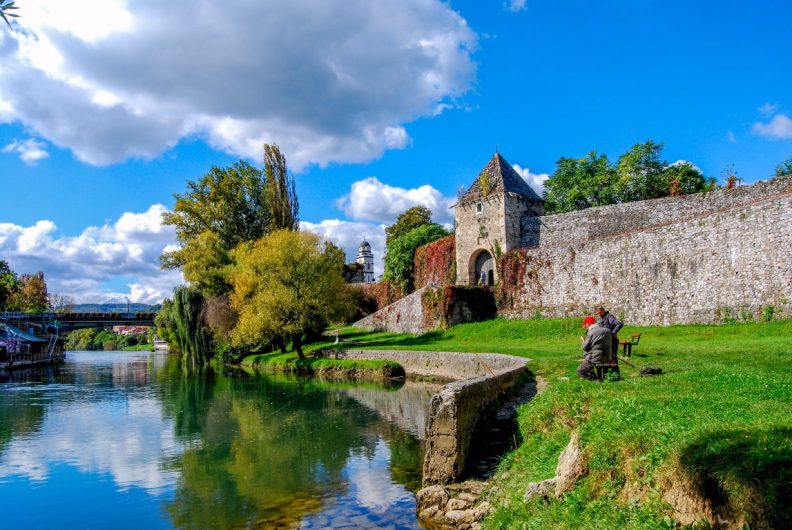 There are many reasons to visit the second largest city in Bosnia and Herzegovina – here are our top ten things to do in Banja Luka! From adventures on the water to historically important monuments, we’ll take you on an unforgettable journey through Banja Luka.

1. See the Icon of the City – the Temple of Christ the Saviour 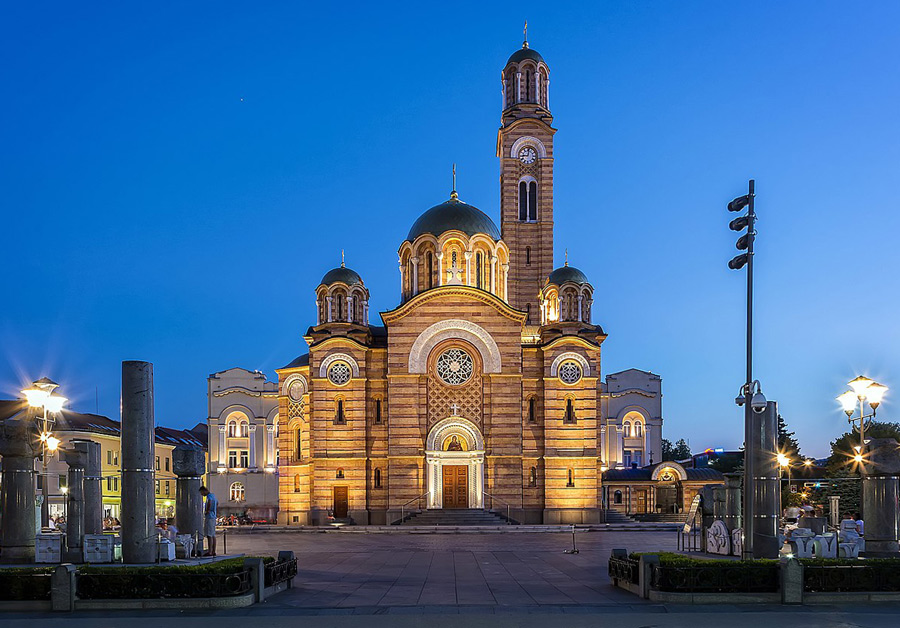 Standing proudly in the city center is the Temple of Christ the Saviour, the biggest and probably most beautiful temple in the city. The former cathedral which stood at the same location was magnificent piece of art built at the beginning of WWII — only to be destroyed just two years later, on April 12th, 1941. It was rebuilt in the 1990s using highly prized red and yellow stone from the Middle East called “travertine.” The new cathedral was officially opened in 2004, and has since been one of the most recognizable symbols of Banja Luka.

2. Get in Touch with Nature at Krupa Na Vrbasu 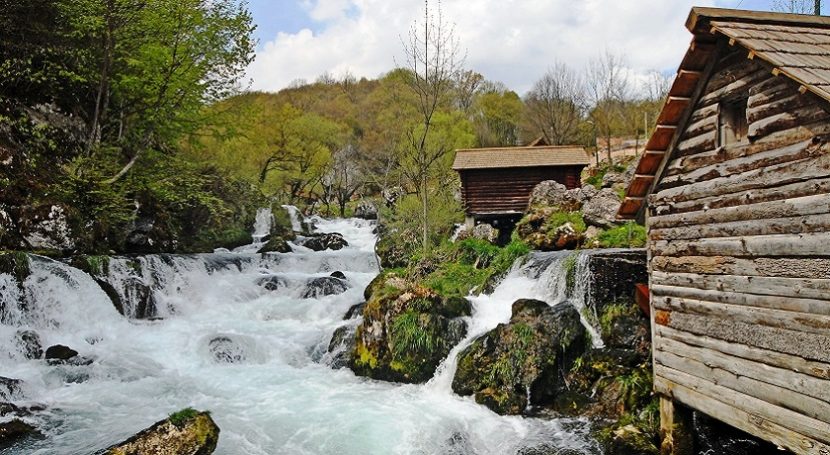 Is there anything else that relaxes your mind and soul as much as nature does? There are many things to do in Banja Luka’s green surroundings! Located about 20 km from the center, Krupa na Vrbasu is a paradise for nature lovers. This green oasis is one of the locals’ favorite picnic destinations and a place where all your problems will just disappear. Surrounded by endless greenery, here you will see waterfalls, watermills, and a fascinating religious site. Sitting on a top of a hill, the 13th century monastery known as the Church of Saint Ilija is worth a visit.

We recommend visiting Krupa na Vrbasu in spring when the trees start to blossom!

3. Stroll Down Gospodska Street and Meet at the Crooked Clock 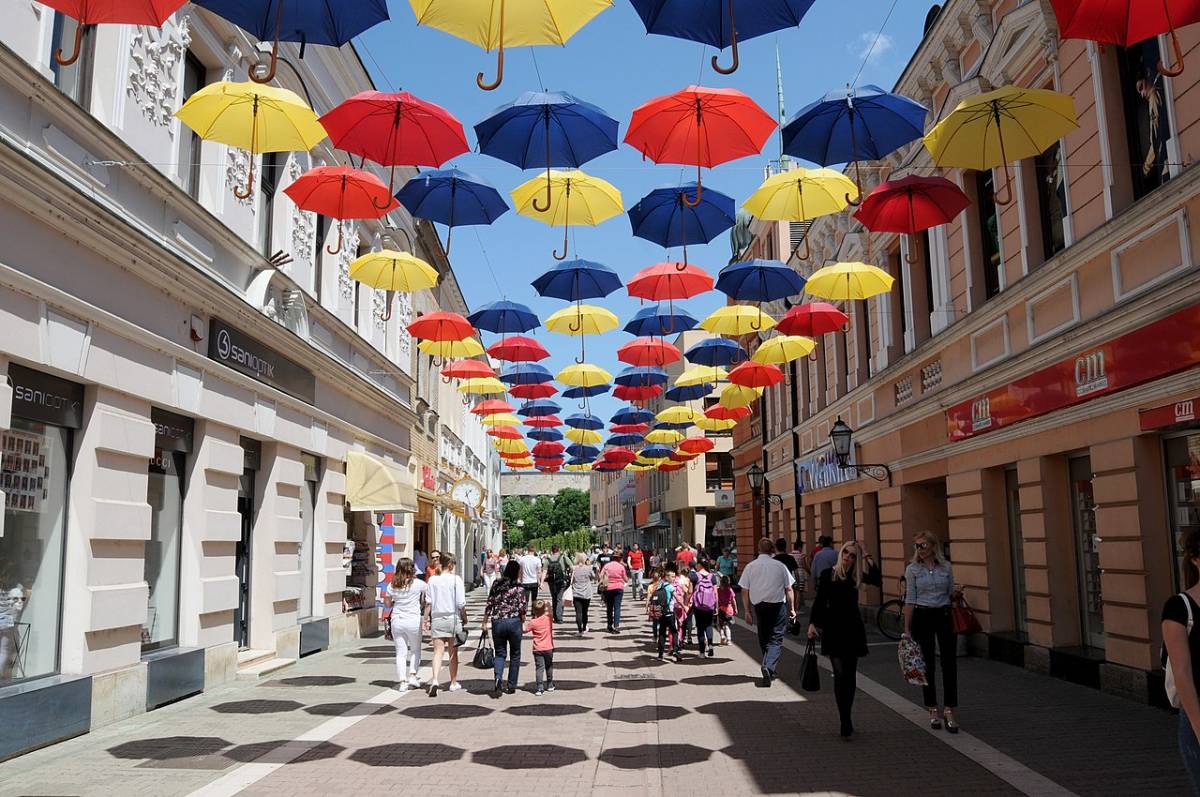 The most famous street in Banja Luka is Gospodska Street, which is a popular pedestrian area with numerous clothing stores, jewelry, and other shops. The story goes that business owner Tomo Radlović put a sign on his shop in 1878 which said “Gospodska Street” (gentleman’s street) in an effort to attract a wealthier audience. However, the Austrian-Hungarian regime adopted the name and translated it to German, “Herrengasse.” Even though the street’s official name today is Veselina Maslese, almost all the locals still refer to it as Gospodska.

At the end of the street you can see a clock on a strange, crooked pole. It is called ‘’krivi sat’’ (crooked clock), and is generally regarded as the main meeting point in the city. Look closely and you will notice is that this clock isn’t ticking like other clocks…or at all. On October 27th, 1969, at 9:11, Banja Luka was hit by a terrible earthquake of more than 6 degrees on the Richter scale. Sadly, 15 citizens died and 1,117 were injured. The clock stands here, frozen in time, as a memory of that event. 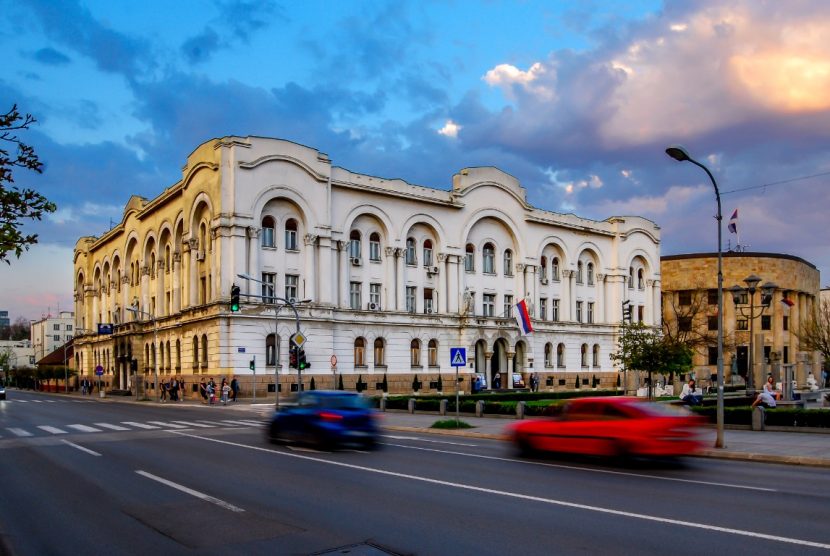 Built by Banja Luka’s most important figure, Duke Svetislav Tisa Milosavljevic, Banski Dvor is the city’s cultural hotspot. It dates back to 1930, when the city invited the region’s top architects to propose their plans for the new seat of the Duke. In the late 1990s, it became a public cultural institution where young and old meet to enjoy the city’s best exhibitions, concerts, lectures, and much more.

If you are a culture lover we also recommend visiting the Museum of the Republic of Srpska and the Museum of Contemporary Arts, which hosts a rich collection of modern art paintings.

5. Go Back in Time at Kastel Fortress

Are you interested in history? If the answer is yes, then head straight to the Kastel Fortress, a place that has survived many wars, floods, earthquakes. If you are there during summer, you can enjoy great festivals such as Demofest, and if you happen to be there in the winter, you may get the chance to experience something a bit unusual. Every year with the arrival of the first snow, a man named Jefto comes here, rubs himself with snow, and swims in the freezing cold river. He does so as a symbol of gratitude: when he was a baby, he almost froze to death!

This is not really a thing to do in Banja Luka, but one to know: the legend of Safikada and a tragic love story which allegedly took place at Kastel Fortress.

There was once a beautiful young girl who fell in love with a handsome Turkish soldier named Omer, who guarded the walls of Kastel. Shortly after he was sent to war, and they both made an oath of eternal love. Only a few months later, Safikada found out that Omer was killed in battle. Drowning in sorrow, she headed to Kastel fortress wearing her most beautiful dress. Not wanting to continue her life without Omer, she stood in front of the cannon at noon when it was fired daily. The cannon ball hit, and her dead body fell on the place where you can see a monument today. It is now a famous place for couples to meet up, light candles, and celebrate their eternal love.

6. Try Rafting on the River Vrbas 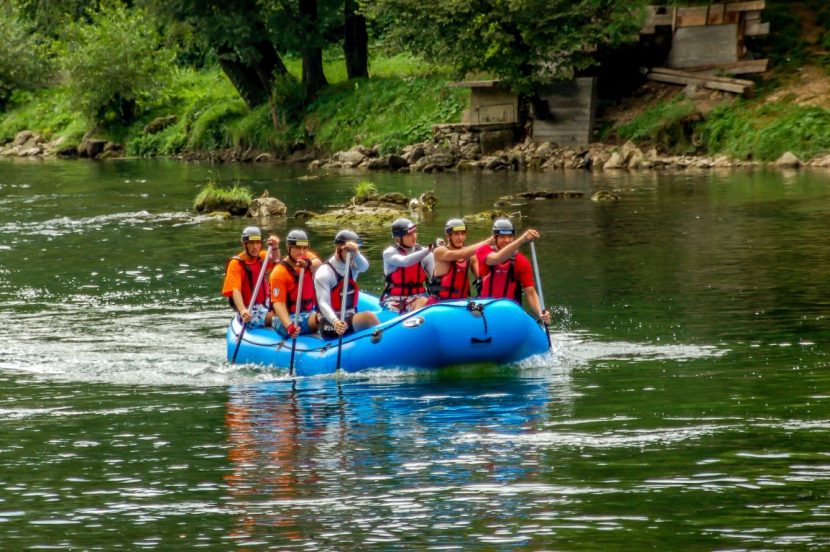 To see the true charm and beauty of Banja Luka, try rafting on the Vrbas, the city’s main river. Did you know that it is one of Europe’s best rivers for rafting? Many important championships, like the World Cup and the European Cup of Rafting were held here. Just leave your busy urban everyday life behind to get a dose of adrenaline and good energy.

Be sure to get a guide if you are not experienced – some rapids are not easy to handle! 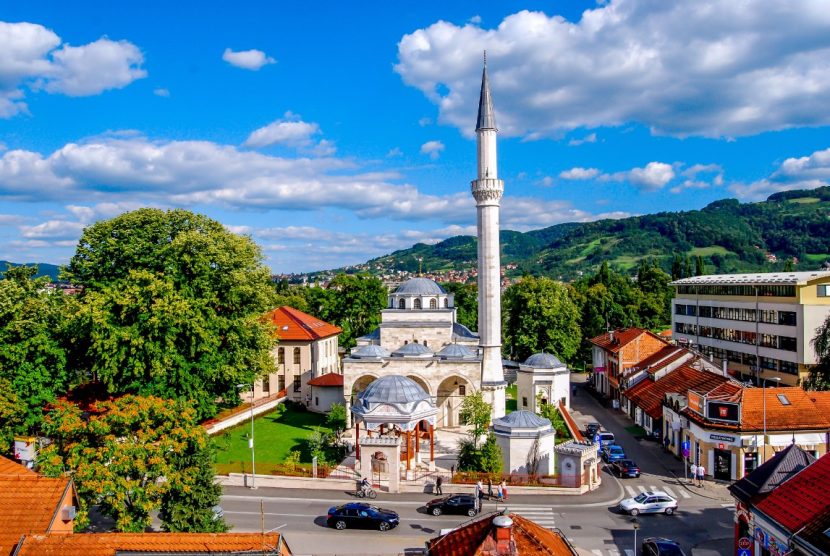 Banja Luka is a very multicultural city. You will find Orthodox churches, Catholic cathedrals, and mosques close to each other. There are several mosques in the city, but none is more astonishing than Ferhadija. Legend has it that Ferhad-Pasha Sokolovic desired to build the most amazing mosque, something so big and beautiful that no human soul has ever seen before.

When three workers constructed it, rumors spread that Ferhad-Pasha wanted to kill them so that they would never build something as stunning again. As soon as they heard about this plot, they made themselves wings and flew away. But they didn’t make it very far: shortly after they rose in the air they fell on three different parts of Banja Luka, and that’s how the city’s neighborhoods got their names. Petricevac was named after Petar, Pavlovac after Paul, and the third one fell on the right bank of the river Vrbas and broke a rib – that part of the town was named Rebrovac (‘’rebro’’ is Serbian for rib). 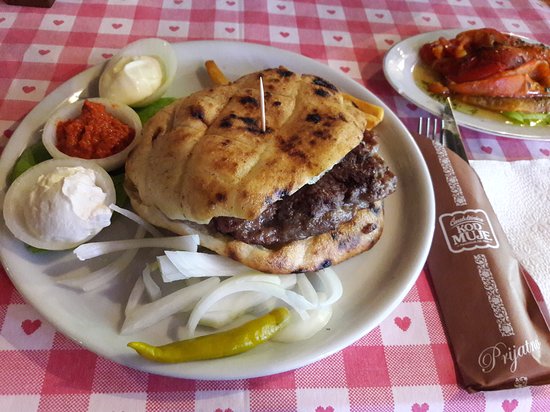 Did you know that people all over the Balkans are just crazy about this meat dish? The Banja Lukans are very proud of their ćevapi, and some think they are the best on earth. We suggest that you try it and decide for yourself!

The origin of the dish is oriental, likely Persian, but it was the Ottomans who brought it to the Middle East, the Balkans, and the Mediterranean. It’s a grilled dish of minced meat which is usually served on a plate or in a flatbread (called lepinja), often with chopped onions, sour cream, and kajmak. Don’t use a knife and fork! Ćevapi are traditionally eaten with the hands only. 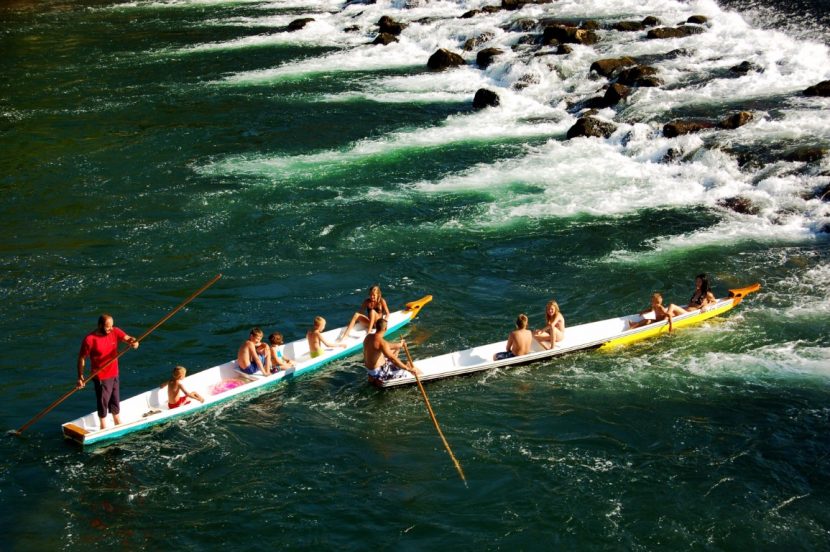 One of Banja Luka’s most recognizable symbols, taking a dajak ranks among the most amazing things to do in Banja Luka. Just imagine enjoying the splash of cold water on a warm sunny day in August, while sitting on a boat and enjoying some of the city’s best views. It may not be a gondola in Venice, but the dajak is definitely worth a try!

10. View the City from Above at Banj Brdo

Nature in and around Banja Luka is truly breathtaking, but it is at Banj brdo where you will witness true peace and tranquility. It is safe to say that this is the favorite recreation spot of the locals. There are numerous walking paths, outdoor gyms, and plenty of spots to rest and chill out.

When you make it to the top of the hill, you’ll find the monument dedicated to fallen soldiers from Krajina who died during World War II. Located at 431 meters above sea level, it is an excellent viewpoint with a spectacular view over the city! The monument was created by Antun Augustincic, one of the greatest Yugoslav sculptors, and is one of the city’s most unique symbols.

We hope you enjoyed our top 10 things to do in Banja Luka. Make sure to also check out our short guides, Glimpse into Banja Luka and Banja Luka from a Local’s Perspective for free! And there’s also our Blogpost Inside Banja Luka if you still can’t get enough!

P.S. Thanks to Banja Luka tourism, Turizam RS, Croatiaweek, and Banja Luka travel for providing information for this article. 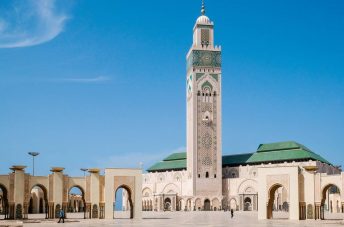 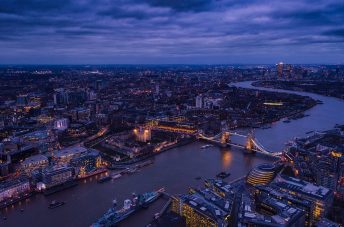