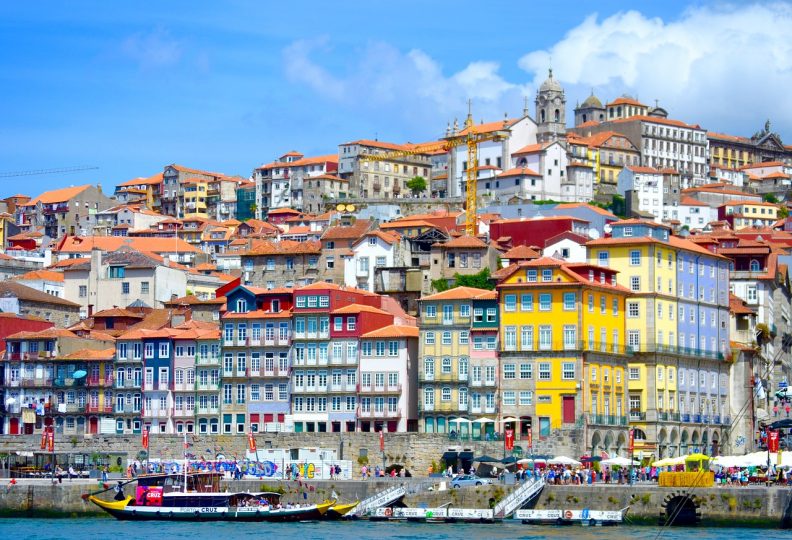 When talking about traveling in general, everyone is always saying how they’re dying to visit Paris or London or Moscow or any other world-famous European city. But there is so much more to see in the old continent than just major capitals. Many European cities have a unique charm and interesting places worth visiting. That is why we are writing this blog – to give some credit to amazing European cities that are not appreciated enough. We are bringing you our list of top 10 underrated cities in Europe.

So, if you want to travel around Europe and need some inspiration, keep reading, you will not regret it.

We just love Belgrade and write about it often, we just can’t appreciate it enough. The capital of Serbia is one of the oldest European cities and there is really a lot to explore. Belgrade has an amazing fortress that is set on the confluence of two rivers – Sava and Danube and is one of the world’s oldest and most remarkable fortresses. To find out more about the Belgrade Fortress click here.

There are a lot more sites to see in Belgrade, an urban jungle in Serbia. You must stroll down Knez Mihajlova street to get the 19th-century vibe and explore cafes, restaurants, and shops, and Skadarlija to experience bohemian life in Belgrade. Belgrade is also well-known for its nightlife, so don’t miss that experience. 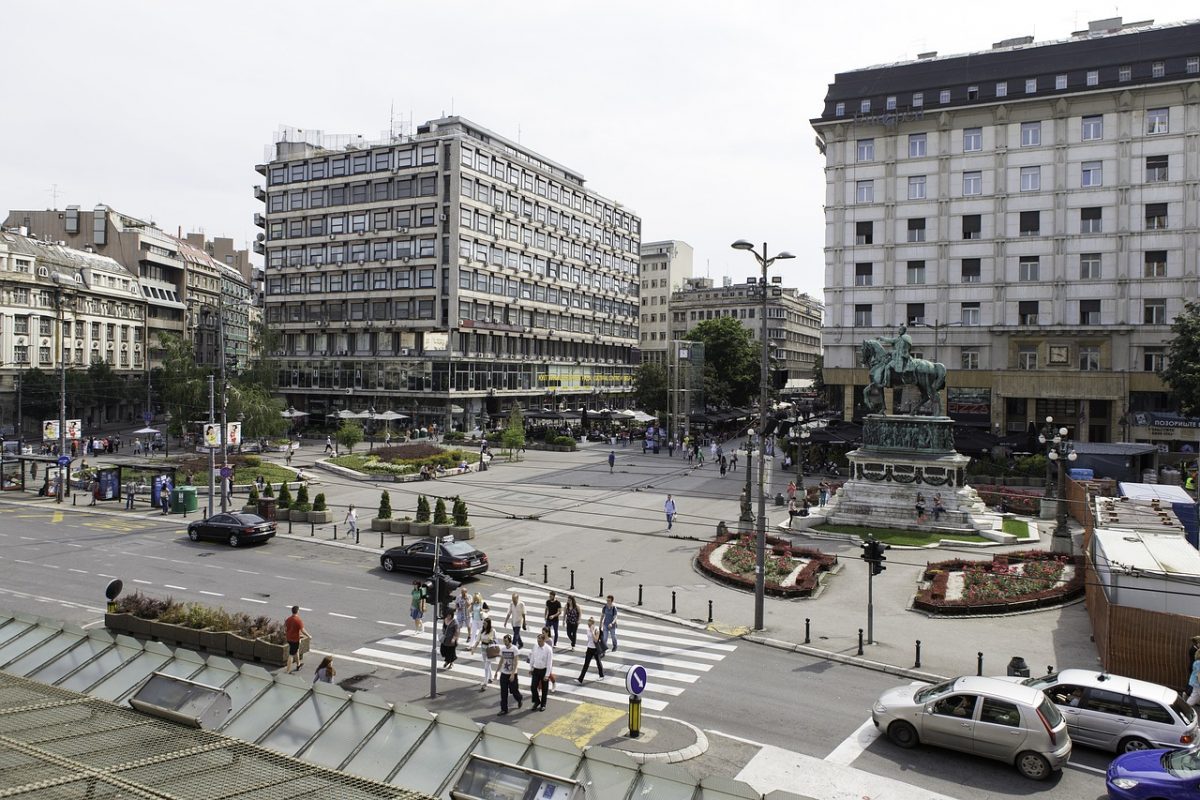 Even though it is located only about an hour away from Vienna, Bratislava – the capital city of Slovakia, is often forgotten. It is a beautiful city brimming with old town charm, cobbled streets, and fairy-tale buildings. There are two amazing castles that you must see, Bratislava Castle with amazing views of the city and Devin Castle – the most instagrammable ruins. The city is small – perfect for exploring on foot and you can explore all the important spots in two days. 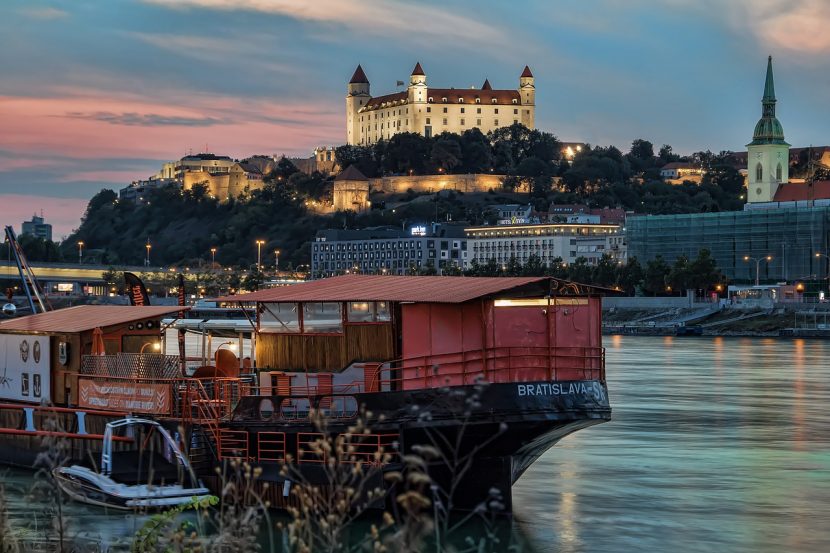 Budapest, the capital of Hungary is often considered as the Paris of the East. This jewel of Eastern Europe beckons with a rich history, stunning architecture, and gorgeous scenery. Explore the Castle District, walk along narrow cobblestone streets and feast your eyes on spectacular views of the city. Also, take a look at the Parliament – it’s a really stunning building. There is much more to explore and many spas to enjoy, so don’t miss that part. 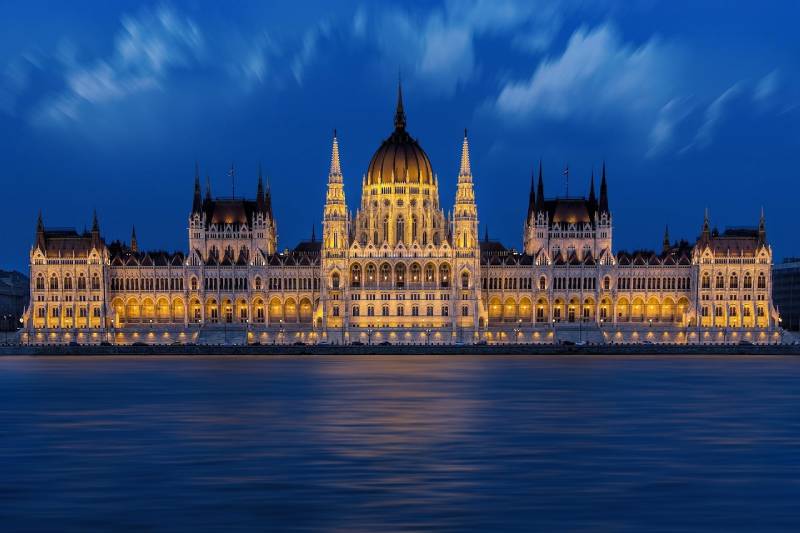 Lille is the fourth largest city in France, but too often overlooked because of Paris. There are many museums to check out and most of them are closely located to each other in Lille’s beautiful city center, such as the Palais des Beaux-Arts which holds France’s second-largest art collection, and Vielle Bourse, a 17th-century Renaissance stock exchange building. You will experience the true spirit of France but with not so many tourists to meet, which is not the case with Paris. So, get to Lille and enjoy it in peace. 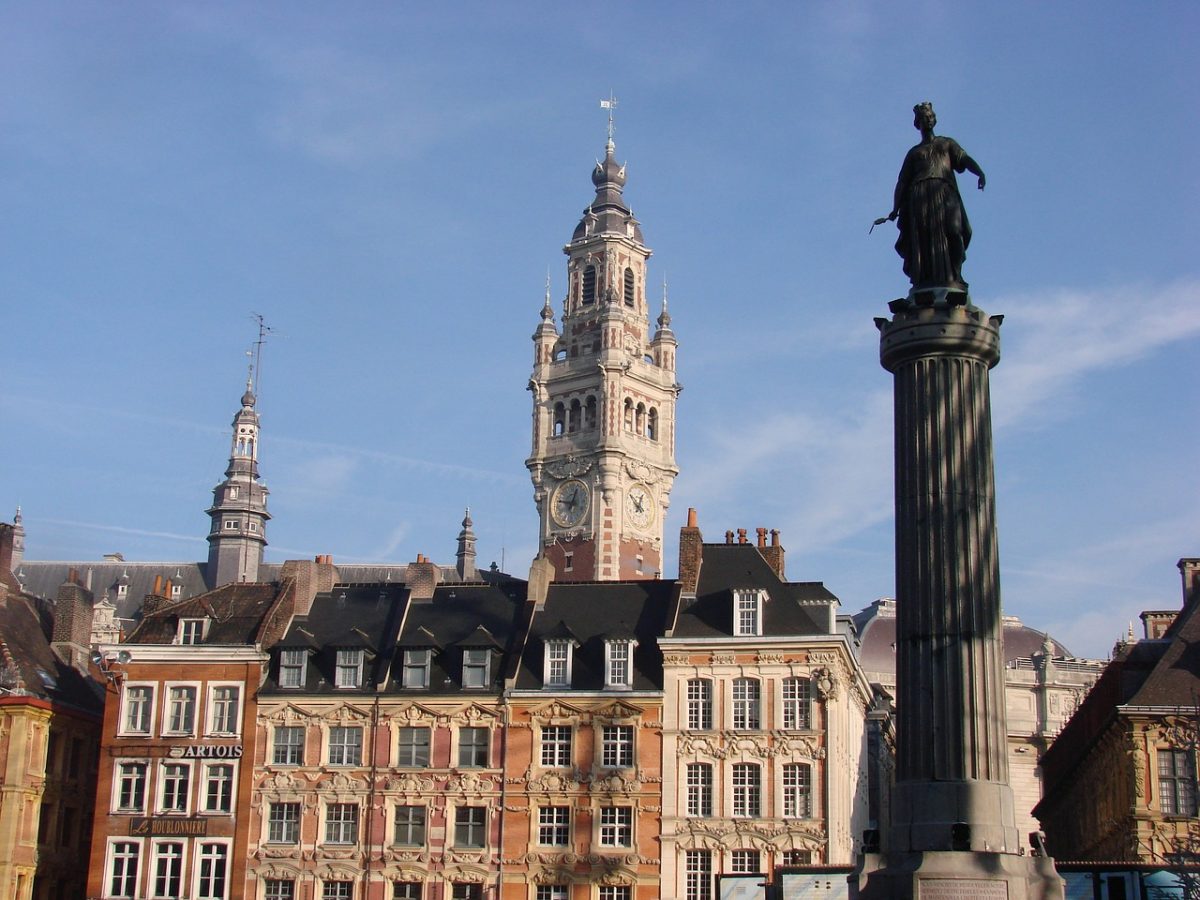 When someone says Portugal, you think Lisbon or Madeira Island but there are more and more tourists that are traveling to Porto, a promising city on Portugal’s North Coast. This city is rich with historical and cultural places and thus it earned a UNESCO World Heritage Site title. Porto is one of the top wine destinations in the world and a city where you can enjoy the best of Portuguese gastronomy. You should visit this vibrant city before it becomes overrun with tourists, it is so gorgeous, and it will definitely happen soon. 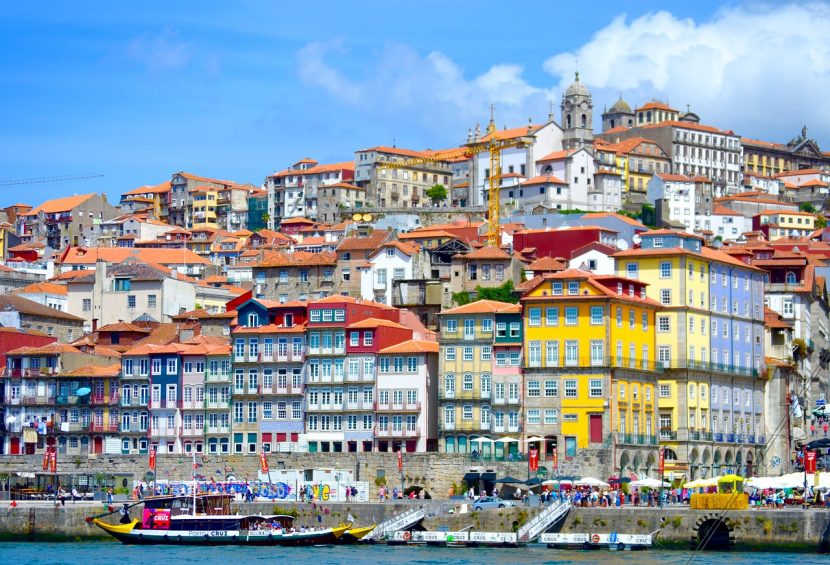 Set on the Swiss border with France and Germany, Basel is a multicultural and multi-lingual city with unique beauty. Its old town is set on two hills and is amazing, we really enjoyed our walks through its cobbled streets. Basel houses over 30 museums, so if you’re an art lover you will definitely enjoy it. Also, if you want to relax a bit, you can walk down the banks of the Rhein river (and even swim in it) and enjoy the sunshine in many interesting cafes. This city is very peaceful and serene, and it makes it a perfect getaway from crowded cities and everyday stress. 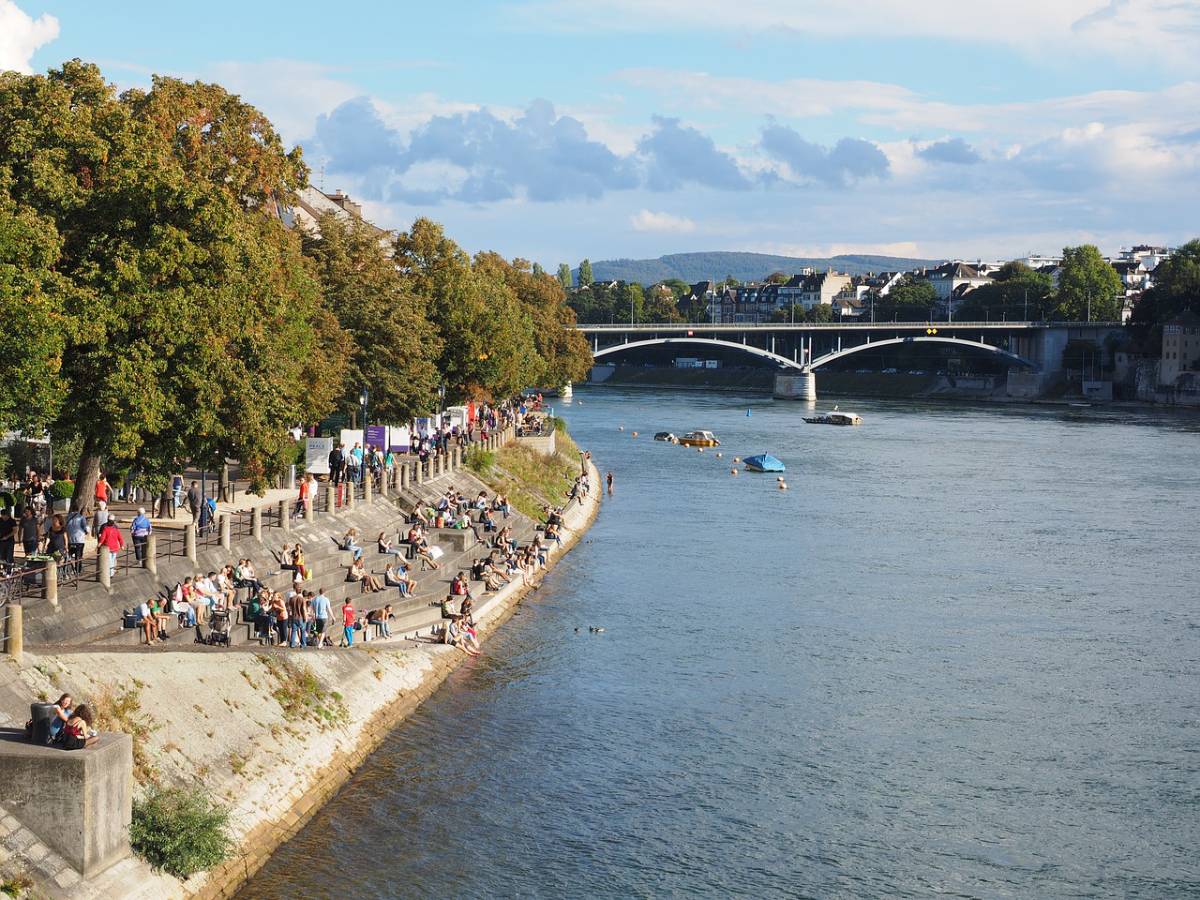 Gothenburg – the second largest city in Sweden and Scandinavia’s biggest seaport is usually known as a university town and it is not that well-known outside the country. But anyone who visited it knows that it is so much more than that. It is a vibrant city with many interesting festivals and a lot of things to do no matter when you visit it. Explore the Gothenburg Botanical Garden—one of Europe’s largest, visit the Volvo Museum and have fun at Liseberg Amusement Park that is an old-school amusement park opened in 1923. If you are visiting around Christmas time you will be impressed with its Christmas market. 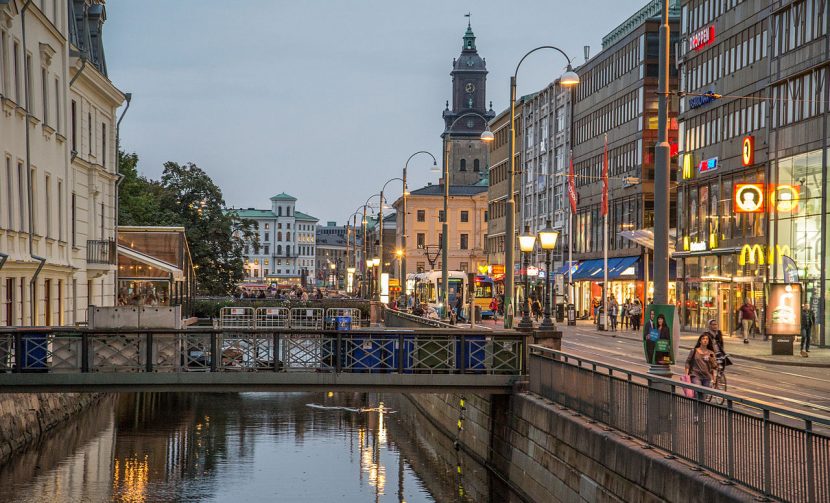 Poland’s capital is set in the heart of Eastern Europe and it has all the food, art, culture, and nightlife you are willing to experience when you visit a new city but with fewer tourists and fewer costs than it is the case in most popular cities in Europe. Warsaw Old Town is amazing, its architecture made up of cobblestone streets and medieval buildings. You have to visit The Royal Castle and the tower of St. Anne’s Church if you desire to get the best view of the city. City also has some nice serene parks and even a beach on the Vistula river. And if you seek a good nightlife, Warsaw has it. 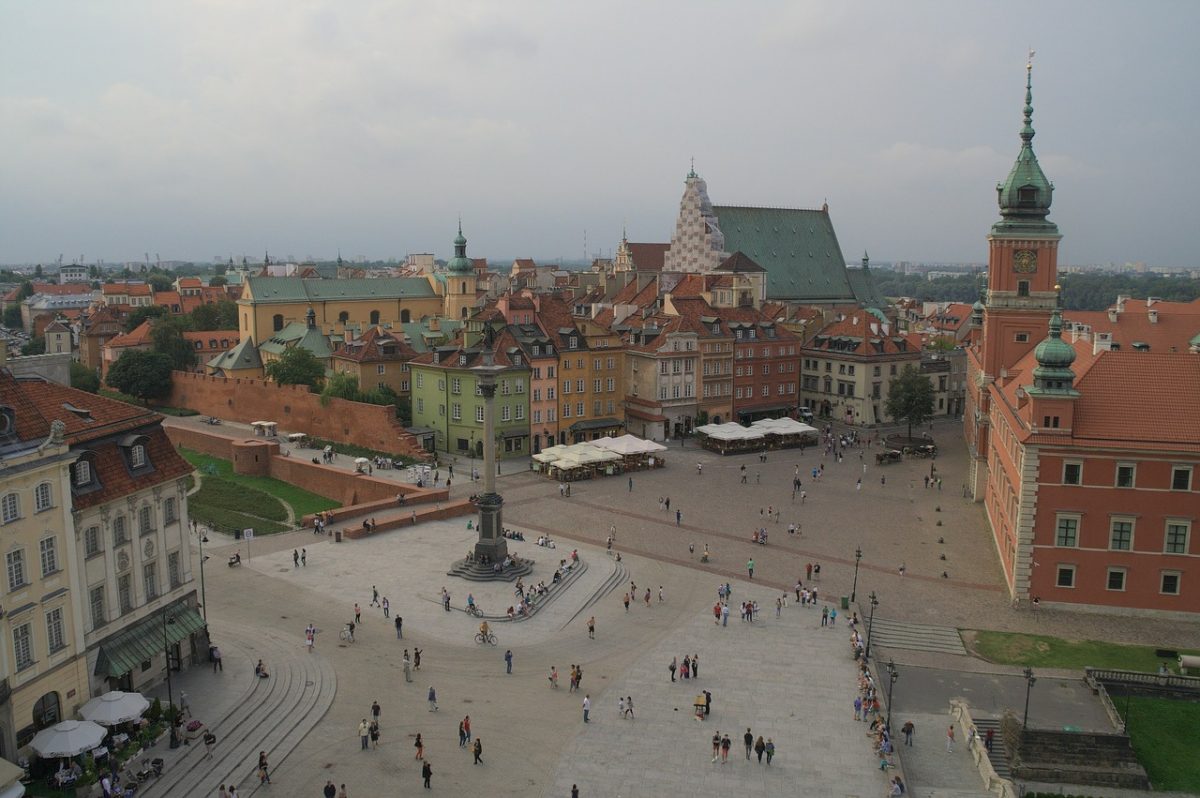 If traveling to Spain crossed your mind you probably thought of Madrid or beautiful Barcelona. But there are many other cities to consider visiting and one of them is Granada that truly embodies the Spanish spirit. It is set on the foothills of Sierra-Nevada and is home to the nomadic people Moors that left a huge impact on architecture in that part of Spain. That is where the famous Alhambra palace is set, and a place you will definitely fall in love with. Streets of Granada are filled with vibrant nightlife options, and amazing and affordable food, remember that tapas originated from here and don’t miss it. 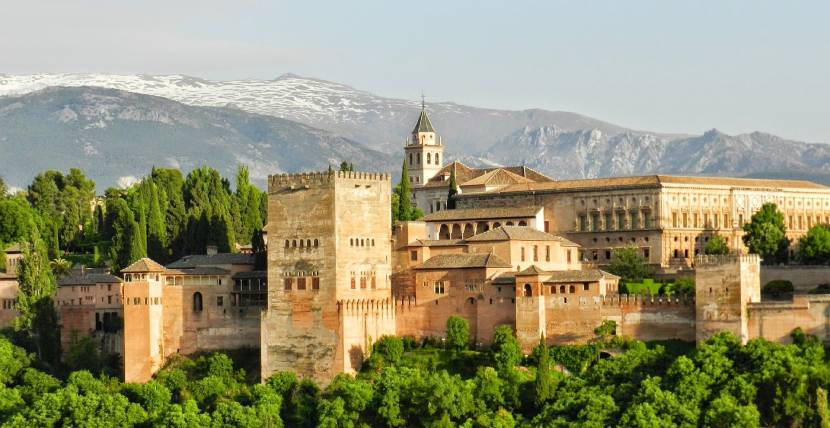 Valletta is the southernmost and tiniest capital in Europe, but it does not lack any charm because of it. It stretches just 1 km by 600 meters and is surrounded by water on three sides but has so much historic architecture that UNESCO designated the whole city a World Heritage Site. In Valletta you will learn a lot about World War II – it’s the place where leaders like General Eisenhower were directing battles in the Mediterranean. This is a city that you can explore on foot, where you will see some really amazing baroque buildings, cool gardens with even cooler views over the city. We wrote previously about this charming little city and you can read about it here. 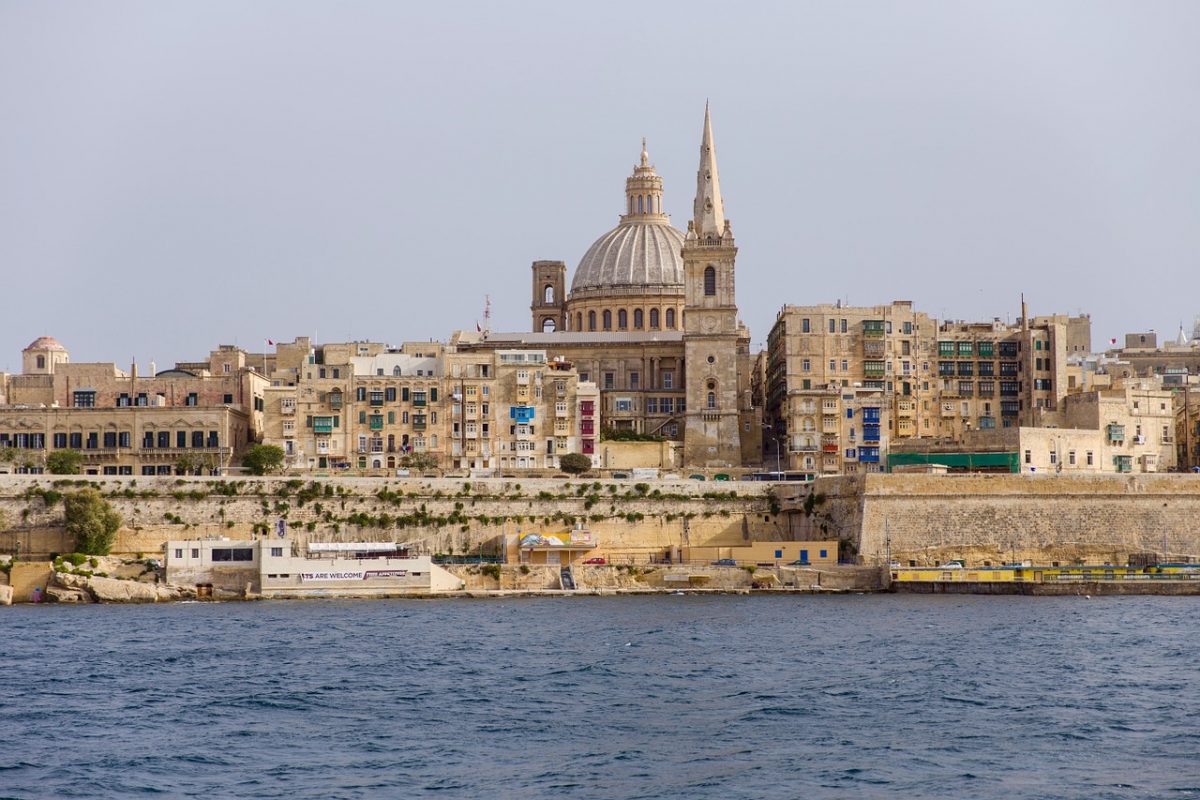 We recently visited Genoa – charming the capital of the Liguria region in Italy, the birthplace of Christopher Columbus and pesto Genovese, with astonishing maritime history, gorgeous piazzas, great gastronomical fare, and medieval architecture that you will love. The Old Town of Genoa is just gorgeous, it is one of the largest preserved medieval city centers in Europe, and many of its sights are protected by UNESCO. Our favorite walk in Genoa was the one along Via Garibaldi Avenue, often called  “golden street”, where we got to see amazing 16th-century residences. Just keep walking around the Old Town, you’ll find a few really gorgeous piazzas and churches. Genoa has the biggest aquarium in the Mediterranean, you definitely must explore it – it has the largest exhibition of biodiversity in Europe. Genoa’s waterfront is just beautiful – we enjoyed spending evenings just walking by the sea and exploring its old port, you’ll love it, too. 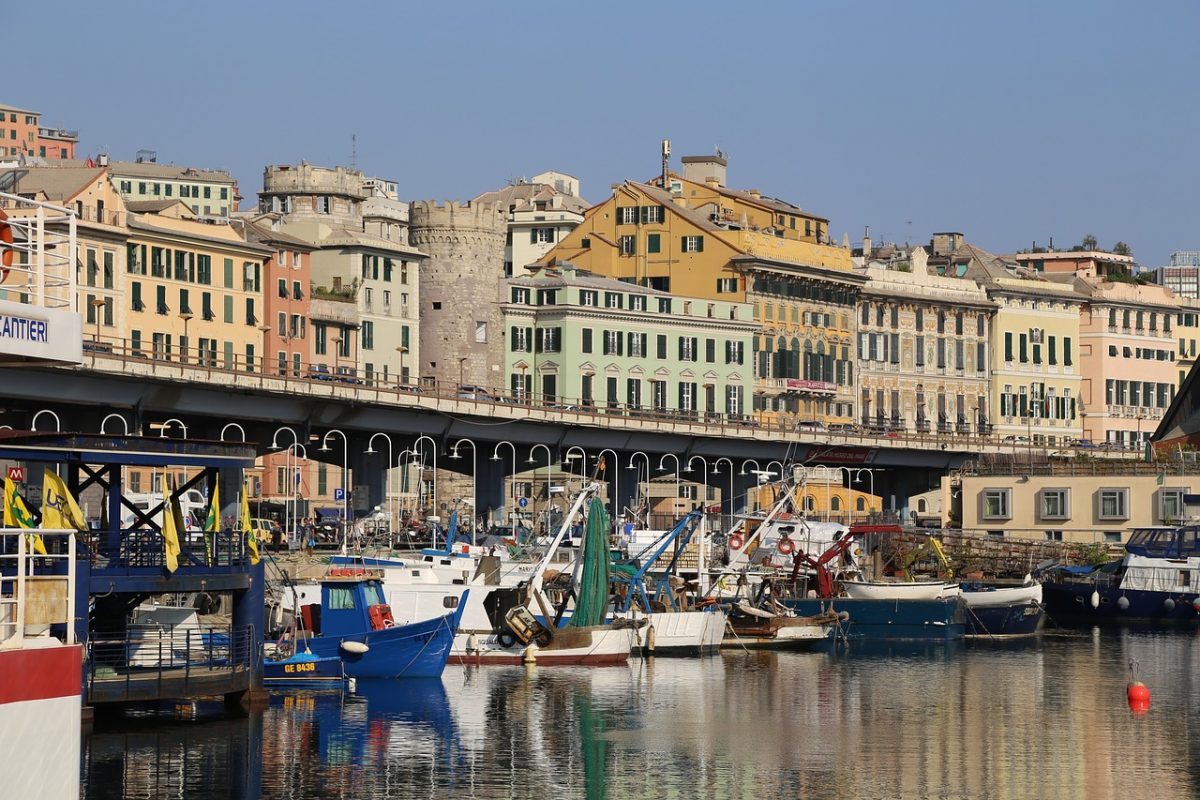 And that is our list of top underrated cities in Europe. We hope that you found it interesting and that your bucket list is growing. We already wrote about some of the cities and if you are planning on visiting some of them download our Cultural Places App and find our media guided tours that will help you explore all the interesting sites in these hidden gems of Europe. 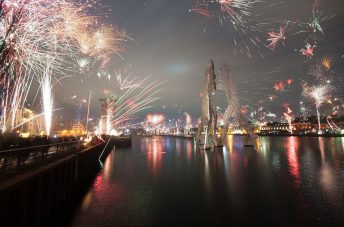 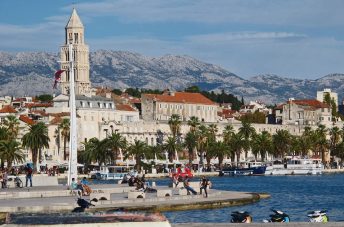 Since there has been a great interest in our Music

Výstaviště is an exhibition ground in Prague, u

In love with Athens as much as we are? We have a f

Need a quick way to switch between Upper and Lower

What makes Athens a top traveling destination in E

The Science and Industry Museum in Manchester is a

The Romanian Athenaeum. 😍 This concert hall in

This year the world celebrates Beethoven's 250th b

Have you ever visited Popeye Village? It was built

Although it's probably not the first city to come

These colorful stairs are leading to the Batu Cave

Bamberg is a town in Upper Franconia that extends

Visit the news section on Cultural Places Blog to

To ensure that you will return to Rome you should

This llama sure knows how to pose in front of the