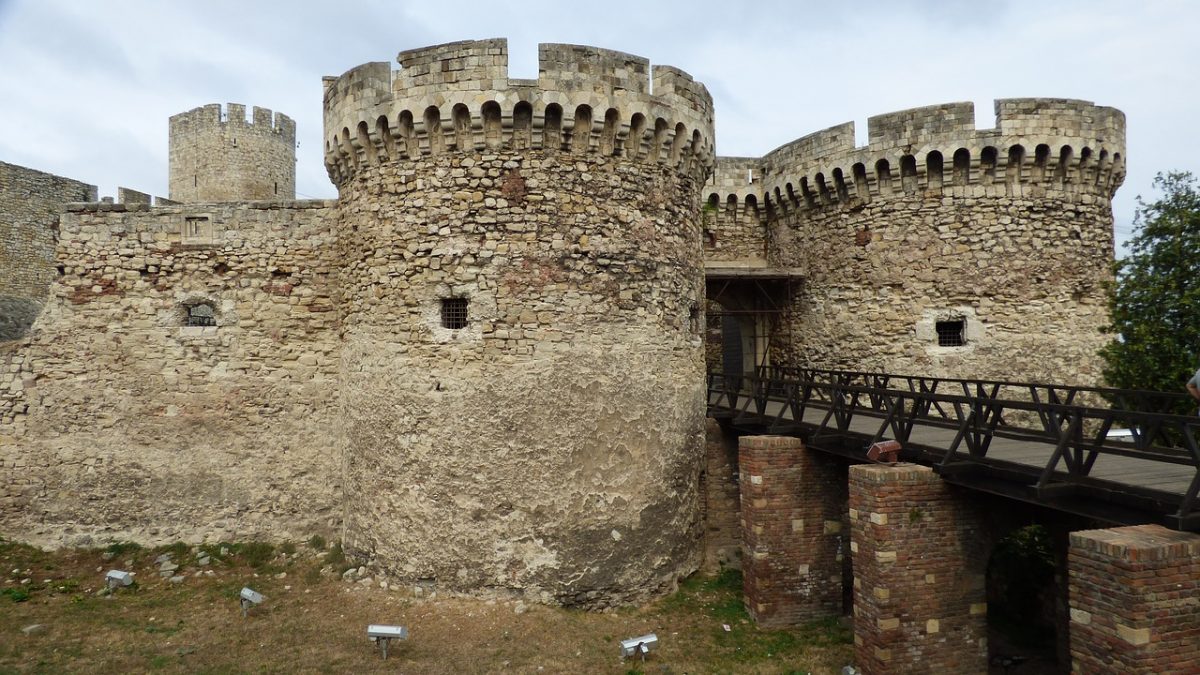 Where the two rivers meet lies one of the world’s oldest and most remarkable fortresses – Belgrade Fortress. Built in the 3rd century B.C. it was a fortification for different rulers, from Roman to Ottoman. Those ramparts witnessed many historic events, fierce war conflicts began and ended here and they pretty much survived. But let’s be honest – if you are visiting a fortress you are more interested in beautiful places and awesome pics you can take than the history itself. That’s exactly what you’ll find here – top 5 most picturesque spots on Belgrade fortress.

Before we start, be sure to check out our Cultural Places platform and explore the Belgrade Fortress at your own pace.

Let’s find some Instagrammable spots on the Fortress.

Military Museum is a place where you will discover the history of Belgrade’s and Serbia’s battlefields. The Museum was founded after the Serbian-Turkish wars when Serbia gained full political independence from the Ottoman Empire. Its permanent exhibition has a gazillion cool things to post on Instagram and have an amazing feed.

The Victor Monument is definitely the most recognizable symbol of Belgrade, made by famous sculptor Ivan Meštrović. The first idea was to make a fountain, but it ended up being the nude male figure holding the symbols of war and peace, a sword in his right hand, and a dove in the right. The monument itself looks awesome on photos but what was even more inspiring to us is the view to the Big War Island, located at the confluence of the Sava and Danube. The Big War Island is a place of wild nature in the center of Belgrade, where about one thousand birds from Scandinavia spend winters and about 180 local species live here. 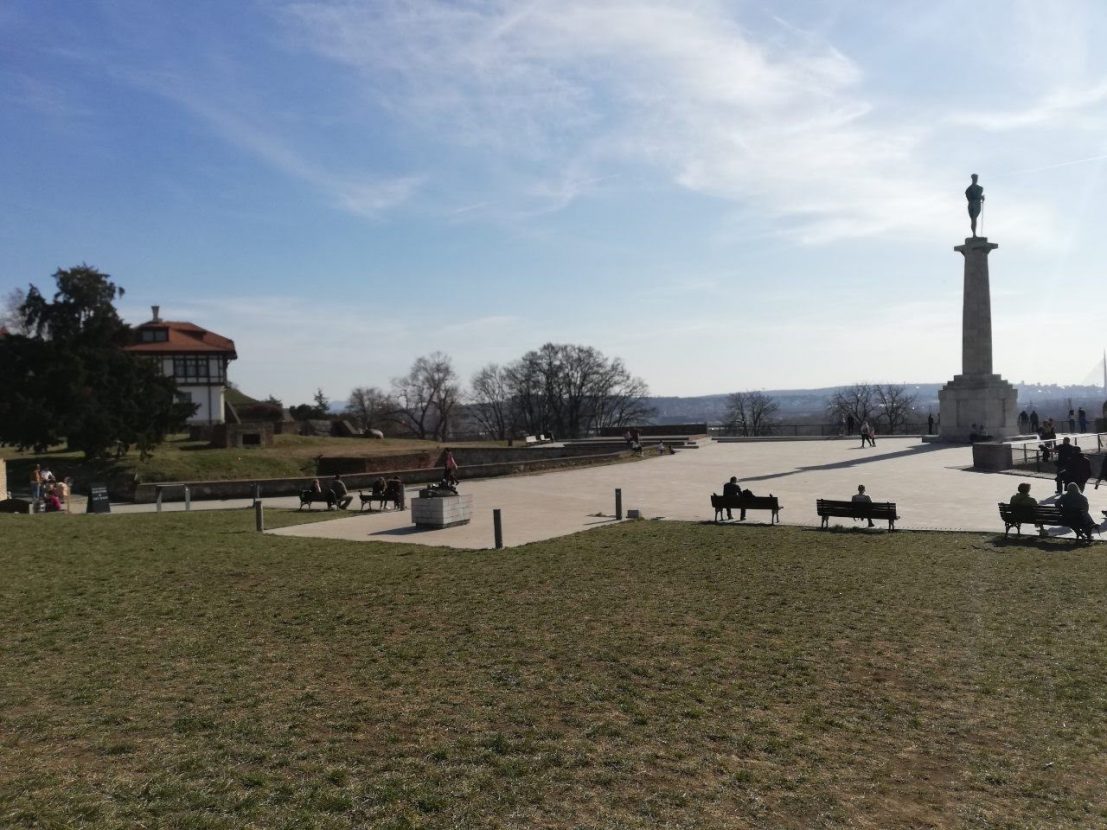 This complex is one of the most recognizable places in Belgrade with its dark secret. It was built in the 15th century to protect the Eastern gate. In the 18th century, the towers served as dungeons (zindan in Turkish) for Christians, and hence the name of this gate. It looks glorious with the two semi-circular towers, doesn’t it?

Roman well is neither Roman nor well. It is one mysterious place built by Austrians that was meant to be a water supply, but no spring was found there. Instead, it was being filled with surface water from the Upper Town. Later on, it served as a dungeon and it is followed with many tales and legends of prisoners being thrown down the hole throughout the Belgrade history. Alfred Hitchcock visited the well in 1964 and said that an environment like that is always a treat for him. This place sure sent some chill down our spines, because it is cold there and because it is a bit spooky, but we left with some awesome photos. 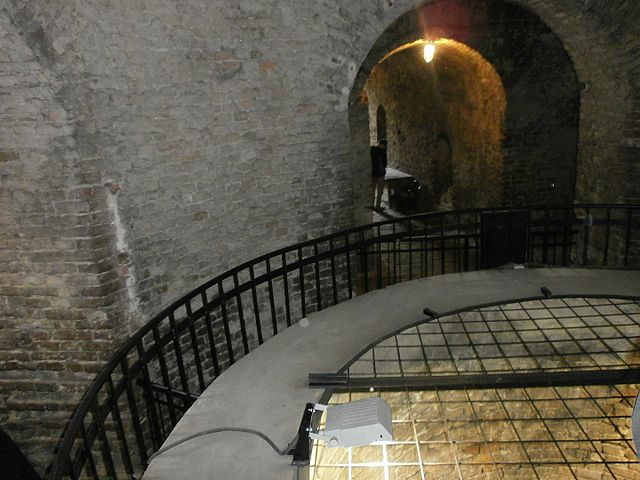 Kalemegdan is a big field in front of the fortress that once served as a battlefield for Turks (“kale” – fortress, “megdan” – battlefield) and today it is a huge park with benches and lush vegetation and also is home to several galleries and museums, restaurants, sports courts, and the Belgrade Zoo. Take a long walk, sit in a restaurant to grab a bite, and visit the Zoo for some cool pics and relaxation. 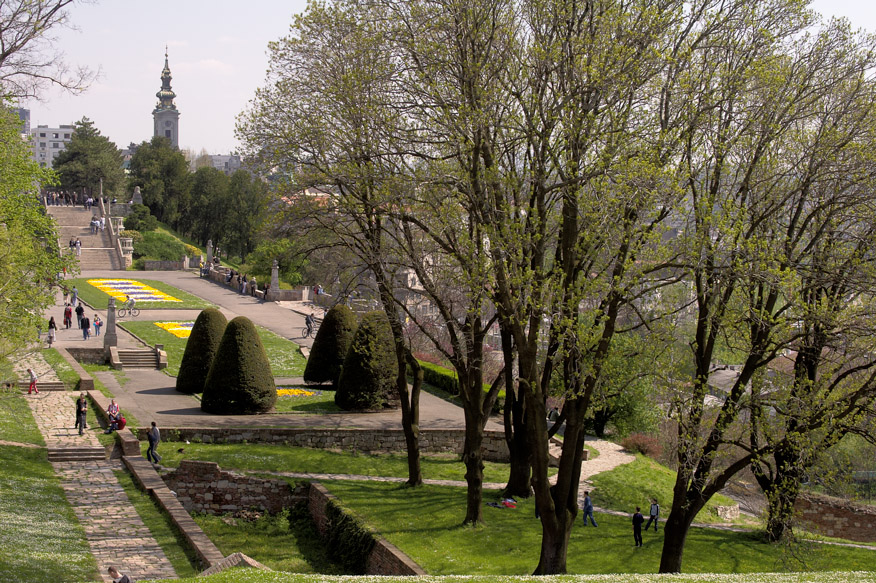 So, here are our top 5 most picturesque spots on Belgrade Fortress, but they are just the beginning of the story. If you haven’t had enough visit our Cultural Places Platform, find the audio guides, and explore all of the historical spots on this glorious fortress. Take your camera and make some awesome photographs.

Belgrade fortress is the place from which modern Belgrade emerged and developed. Kalemegdan is the largest and most beautiful park in the city.