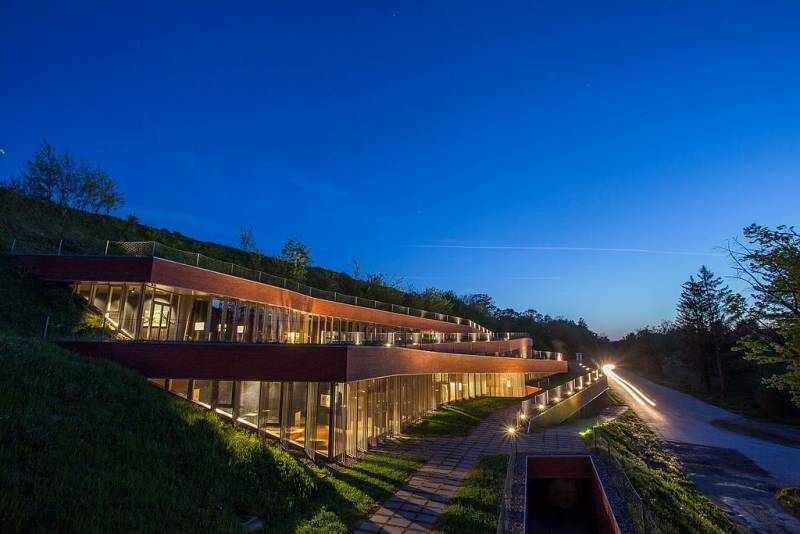 The Vučedol archaeological site is one of the most significant archaeological sites in Europe. It is located on the right bank of the Danube River, four kilometers downriver from the city of Vukovar, at the spot where an intermittent watercourse in a loess plateau 25 meters high cut a narrow steep valley on the way towards the river.

The main metallurgical and cult center of this unique archaeological site is Gradac, the place where the famous Vučedol Dove, an emblem of the Vučedol culture, was discovered. 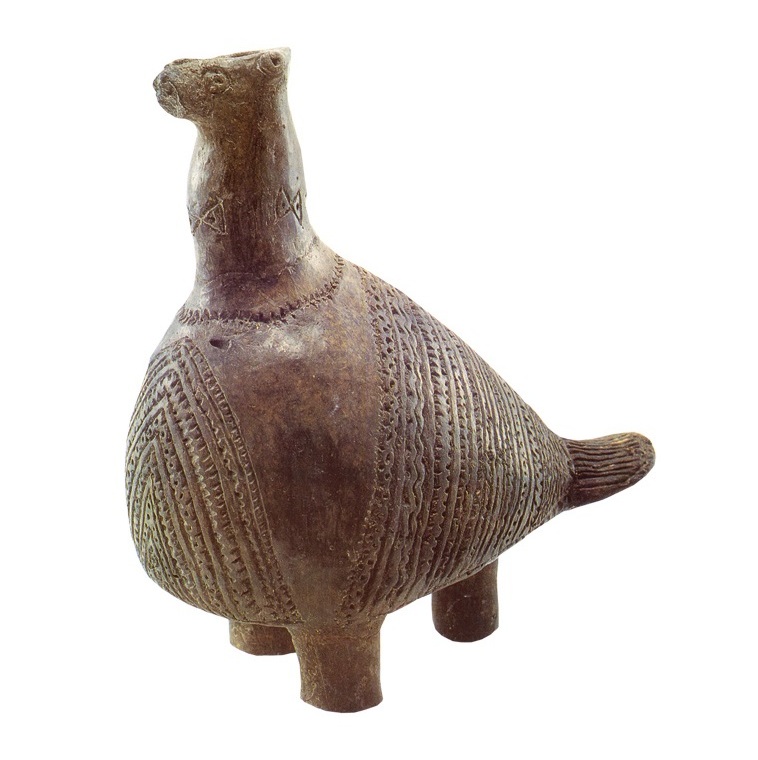 The Vučedol Culture Museum is a unique museum in the world dedicated to a very important prehistoric period and, for that time highly developed, the Vučedol culture that flourished between 3000 and 2200 B.C. This attractive location was first inhabited around 6000 B.C. at the time of the first farmers, and it was inhabited more or less intensively through the whole of prehistory. Vučedol was undoubtedly the most significant European center at the time of the Vučedol culture. 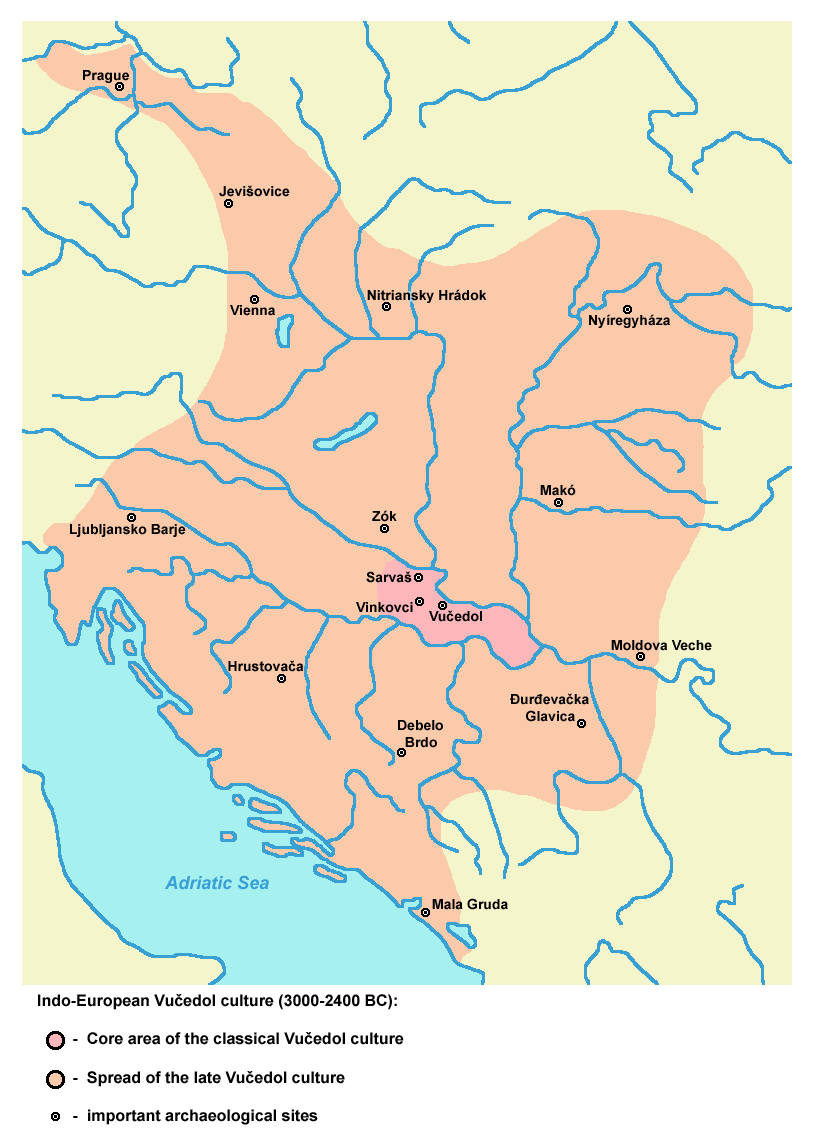 The Museum is a true and ancient cultural place and it was established in 2013 as a national museum. This is the result of many years of efforts in Vučedol because its character is classified in the first row of archaeological parks and entered in the archaeological map of this part of Europe. The museum building, nicely incorporated in the landscape, is built just under the location where the ancient settlement was. Through 19 exhibit rooms of the museum, you will learn about the civilization of the third millennium B.C. contemporary with the ancient civilizations of Egypt and Mesopotamia. Discover your Indo-European roots through the adventure of the museum exhibition!

You will be completely fascinated by the space of a couple of hours while wandering through the Vučedol Culture Museum. Starting the tour will feel like you are slowly transported back in time. Every room deals with different aspects of the culture (and so does our audio guide): geological position, names of the culture, the earliest Indo-Europeans, herding, agriculture, hunting and fishing, settlements, housing, clothing and weaving, crafts, metallurgy, ceramics, horizon, calendar, graves, the Vučedolians, religion, Vučedol culture, and the world and museum formation. Archaeologists have done a magnificent job in restoring visuals of what the life looked like in those days – tools, food, houses, clothing… and all of it suddenly becomes a real-life! Particularly interesting is the calendar on the pots and other artifacts that indicate the great achievements of the culture. At the end of the walkthrough tour of the museum, you go out and you are on the authentic place, with the Danube and magic plain under your feet – what an enriching experience!

You can explore this unique site and museum with our multilingual Cultural places platform, which contains everything that you need to know about this place! The best thing of all is that it is super easy to use. All you have to do is buy the tour, listen, and enjoy the stories prepared for you. 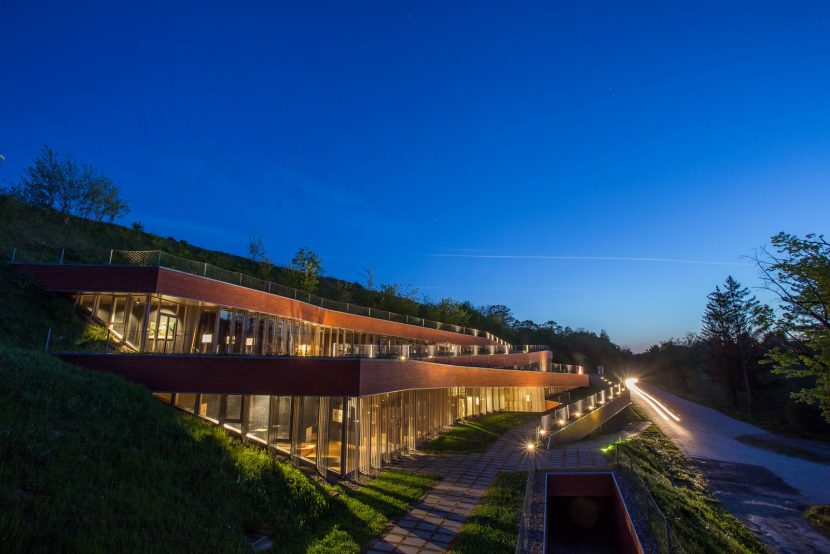