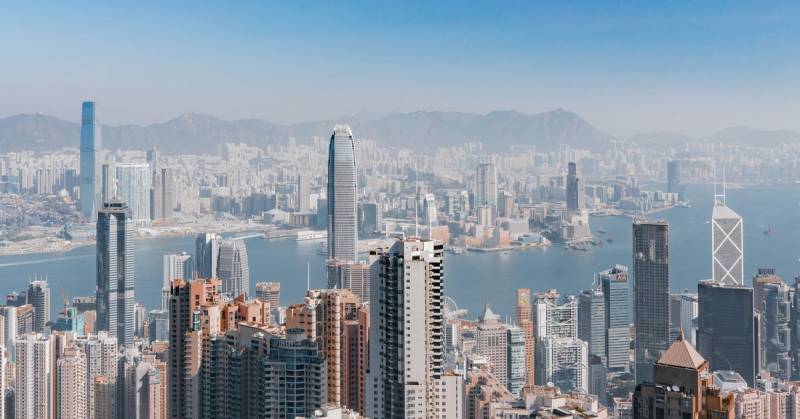 Introducing Hong Kong: 10 Things You Need to Know before You Visit Hong Kong

Known as the Eastern city that never sleeps, Hong Kong is one of the most interesting places in Asia. It has such a vibrant atmosphere that you will just love and if you had only one chance to visit only one place in Asia, it should be Hong Kong. Yes, we know — Asia is unique and every single place is worth exploring, but for the sake of this blog post, let’s say that you have the opportunity to visit one place only. If you’re planning to visit Hong Kong someday, it’s a good idea to get introduced to its unique culture, and that is exactly what you will read about in this blog post, so keep reading.

It’s a Unique Blend of East and West

As you may know, the culture of Hong Kong is pretty unique and interesting, and it is all due to its cultural heritage which is a result of the merge of the two totally different worlds — East and West.

Hong Kong culture is a blend of two different cultures: the traditional Han Cantonese culture of southeastern China, British, and other Western cultures. As people of Hong Kong (Hong Kongers, as they call themselves) are constantly being influenced by Mainland China, we can say that their culture is a mixture of Confucian and western cultures. Hong Kongers are very proud of their local culture and they are doing as much as they can to preserve it, but at the same time, they’re very much international savvy and open-minded in general.

Besides the contrasting cultures that made such a beautiful and unique blend, Hong Kong is full of contrasts wherever you turn. Hong Kong has a spectacular skyline. Many travelers say that it’s the best skyline they have ever seen. There are impressive skyscrapers all over the place! Also, bellow the ground there’s one of the world’s largest and best-rated subway systems.

So, as you can see, Hong Kong is a very modern and urbanized area. But on the other hand, here you will find just as many wonderful natural sights — 70% of the area is green. There are so many great hiking trails all over the place. Hiking got pretty popular both among locals and numerous tourists that visit Hong Kong. Not only does it provide you with amazing green sights, but also the best panoramic views of the city skyline. Also, some of the hiking trails will lead you to gorgeous isolated beaches where you can enjoy the sea in peace.

Hong Kongers are bilingual: both English and Cantonese are official languages here. About 90% of people in Hong Kong speak Cantonese at home and about 54% of them speak English. So, no matter where you’re from, if you speak English you should have no problem communicating with Hong Kongers.

Due to national and cultural fusion, multiple religions are being practiced in Hong Kong. The majority of Hong Kongers are practicing a variety of folk religions including Taoism, Buddhism, and ancestor worship.

Tao and its concept of Feng shui, or “Wind and Water” as it’s also known, is practiced by many Hong Kongers. This practice teaches believers how to achieve harmony with nature and the surrounding environment, which will help them gain well-being and prosperity.

As Buddhism and Taoism are very common religions in Hong Kong, you can see many temples all around Hong Kong. They’re really interesting places to visit and explore, especially if you know a thing or two about these religions.

Besides traditional Eastern believers, many people are Christians of different denominations. Also, there is a smaller amount of Muslims, Hindus, Sikhs, and Jews.

They Celebrate Many Holidays and Cultural Events

Knowing what a mixture of two worlds Hong Kong is, it makes perfect sense that they celebrate all kinds of holidays over there. They celebrate traditional Chinese holidays, such as Chinese Lunar New Year, Ching Ming Festival (Qing Ming Festival), and Mid-Autumn Festival, but also Good Friday, Easter Monday, Christmas Day, as well as other western holidays.

Also, there are hundreds of annual cultural events ranging from operas and puppet shows to performances of ballet, theatre, and music and exhibitions by national and international performers and artists. One of the most important festivals in Hong Kong (and all around Asia) is the Hong Kong Arts Festival, which is held in February/March. It is founded in 1973 and it is one very serious cultural event, which hosts many artists and performers from all around the globe.

Hong Kong Has a Special Form of Opera

One of the most important art forms in Hong Kong is opera. It’s so important that Hong Kongers have developed their own form of opera, called Cantonese Opera. It is one exciting performance that represents a blend of Chinese legends, music, and drama. Cantonese opera is very valuable among Hong Kongers, they even have a course at the Chinese University of Hong Kong. In recent years, the English version of Cantonese opera showed up and became very popular among foreigners and tourists.

This you may know from many Jackie Chen’s movies that you’ve seen: kung fu is pretty important among Hong Kongers. It is a great form of exercise and entertainment, which got so popular that it started a new trend in the filming industry — that’s how we got so-called kung fu films, which became internationally popular.

Hong Kong Is the Culinary Capital of Asia

If you’re dying to try the best Asian food there is, go to Hong Kong — you will have no regrets. Hong Kong is known to be the culinary capital of Asia; it’s the place where you’ll find various delicacies that are either local or originate from all around the world.

Hong Kong is the best place to try the dim sum, which is a special style of Chinese cuisine and typical Cantonese food. This way you can try famous dumplings, pan-fried rice rolls, or different kinds of buns cooked and served in small bamboo steamers. This delicious experience is the one that you definitely shouldn’t miss!

Hong Kongers are really nice and welcoming. If you’re in fear of how they will receive you as a foreigner and someone who is coming from a totally different culture, we assure you that there’s nothing to worry about. Locals are used to having foreigners and tourists around and they won’t mind you at all. Those who you come in contact with will be very nice and friendly. Everyone greets you with a big smile and wave and they’re very happy to help you with anything.

Hong Kong doesn’t only have those friendly and welcoming people that you’ll meet, but it offers a safe and friendly overall tourist experience. Almost 60 million tourists coming from Mainland China and all around the world had rated Hong Kong as a very safe destination. Public parks, hiking trails, and cultural places are very safe for exploring and well-tended. The service people working in cultural institutions and other institutions that you might visit are very welcoming, respectful, and efficient. Be assured that you’ll have an amazing experience in Hong Kong.

A city like Hong Kong is can get a little bit overwhelming. There is so much to explore in Hong Kong and as a platform designed for cultural tourists, we’re here to help you out. This is why we prepared a digital guide around Hong Kong, which will help you get to know the culture of the city where tradition meets modernity. Check out the guide and use it to explore this unique city on-site or digitally, at home, with the help of your smartphone.

Hong Kong Island at Its Best – 10 Top Things to Do

Hong Kong island’s essence is condensed into one tour.