10 Amazing Places You Must Visit in Germany before You Die 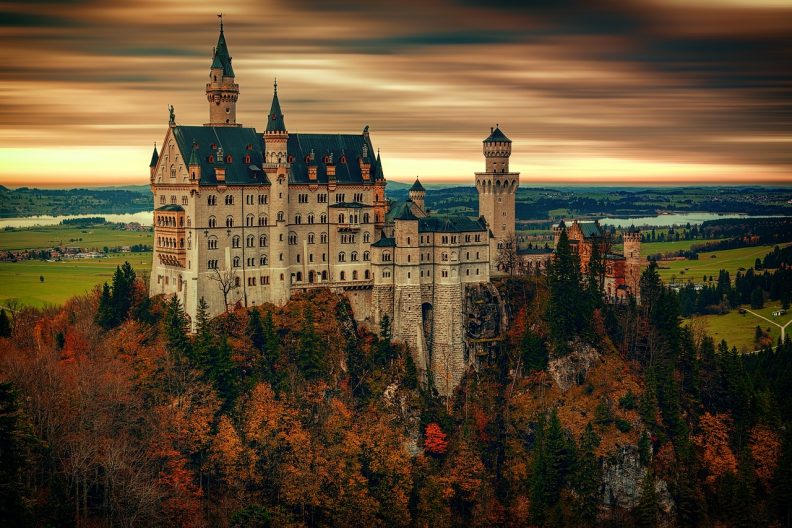 Being one of Europe’s best country’s to start a family, Germany is a dreamland for many. Place where work ethic and enthusiasm are highly rewarded and where having a comfortable and enjoyable life is such a normal thing.

But Germany is not just about hard work and discipline.

It is a country with a rich history, astonishing culture, and natural beauty rarely seen anywhere else in the Old Continent. Throughout the country, you will have a chance to discover its lovely old cathedrals and grand palaces, picturesque villages, charming cities, and small towns, each unique in its own way and ready to tell you their story.

Even though exploring the entire country would take a lot of time, we have come with the best from the best. Places you just must not miss when the road takes you here.

So here it is.

10 amazing places you must visit in Germany before you die.

1. Learn Some History at Brandenburg Tor 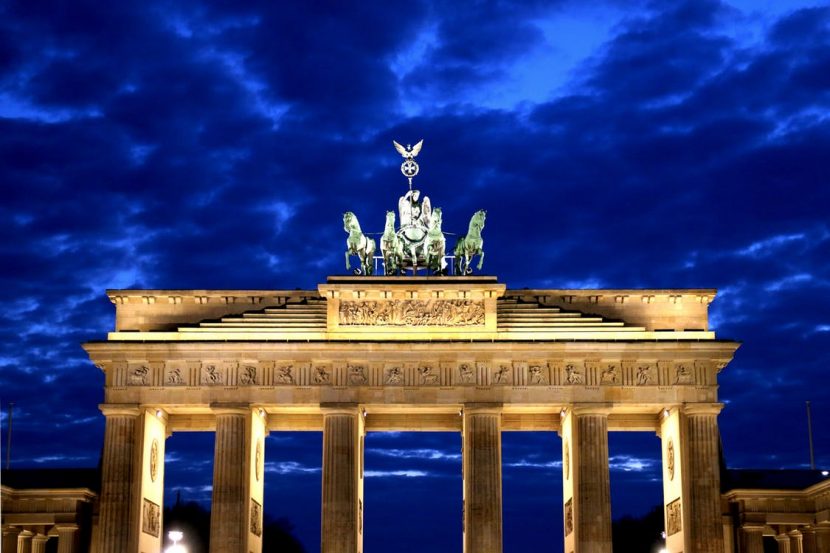 Brandenburg gate — one of Germany’s most visited landmarks

One of Germany’s most visited landmarks, Brandenburg gate is a place you just cannot afford to miss in Berlin. The place was officially opened to traffic on December 22, 1989, when more than 100,000 people came to celebrate the event.

But, during its more than 300-year rich history, the place has been a part of some of the most important events in the entire country. It was a symbol of peace. Symbol of war. Symbol of victory. And even terror!

And it is here on June 12, that Ronald Reagan said his famous words:  “Mr. Gorbachev, open this gate., Mr. Gorbachev, tear down this wall”. The speech delivered to West Berliners was also audible on the east side of the Gate and echoed President von Weizsacker’s words which translate as: “The German question is open as long as the Brandenburg Gate is closed”.

Special Tip: To enjoy this place at maximum, come by night! There will be fewer people and you will get a chance for a perfect selfie in front of illuminated Brandenburger Tor. Just like you can do it in Vienna.

2. Get a closer look at Cologne Cathedral (Kölner Dom) 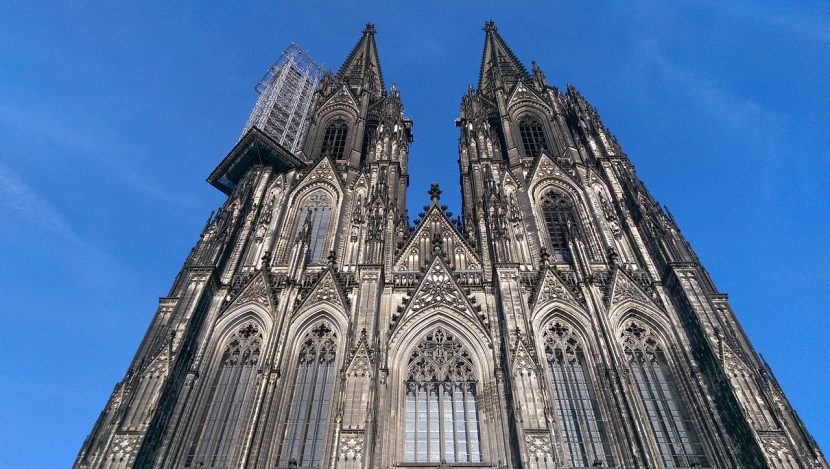 Kölner Dom — Cologne Cathedral
When it comes to Gothic architecture in Germany, no other place first comes to people’s minds than the amazing Cologne cathedral. The pride of the locals, the Kölner Dom is also one the largest cathedrals in Europe and the only place in the city that can be seen from wherever you look. It is the perfect place to orient yourself in case you get lost in Cologne and when you get close to it, you will be amazed by the number of details that can be seen on this Gothic beauty.
The entire structure is 145 meters high, making it the highest structure in the city after the telecommunications tower.
But even more impressive is its interior, covering an area of almost 8000 square meters with the potential to host more than 20,000 people.
Wow. 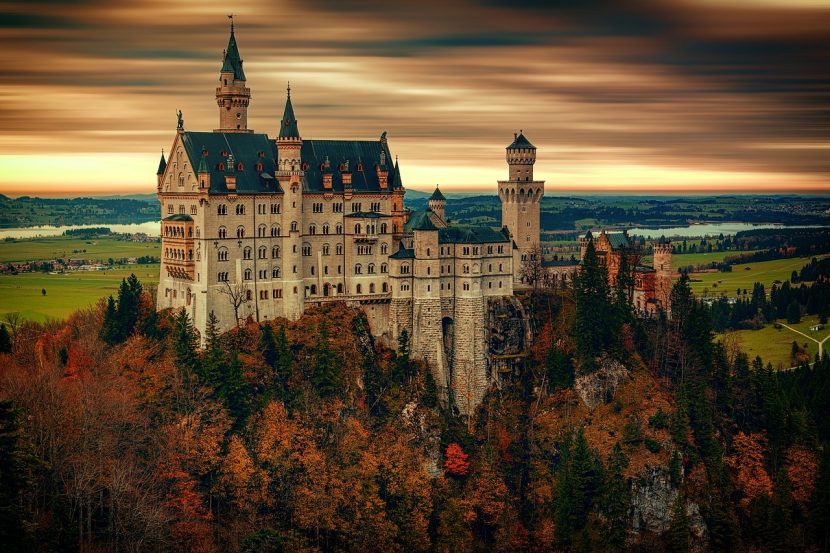 Neuschwanstein — the fairytale castle
If there is a fairytale place somewhere in the world, it has to be the amazing Neuschwanstein, a picturesque castle built by King Ludwig II of Bavaria. The place is located near the town of Fussen but is also very easily reachable from the Bavarian capital Munich.

What makes this place so great are its unique towers, frescoes, as well as the memorable throne hall. But just seeing it from the distance, it will be one of the best views you ever had.

The place became super important in the last years and more and more tourists are coming here. To be precise, 1,6 million of them came to see Neuschwanstein last year, making it one of the most visited castles in the entire world. 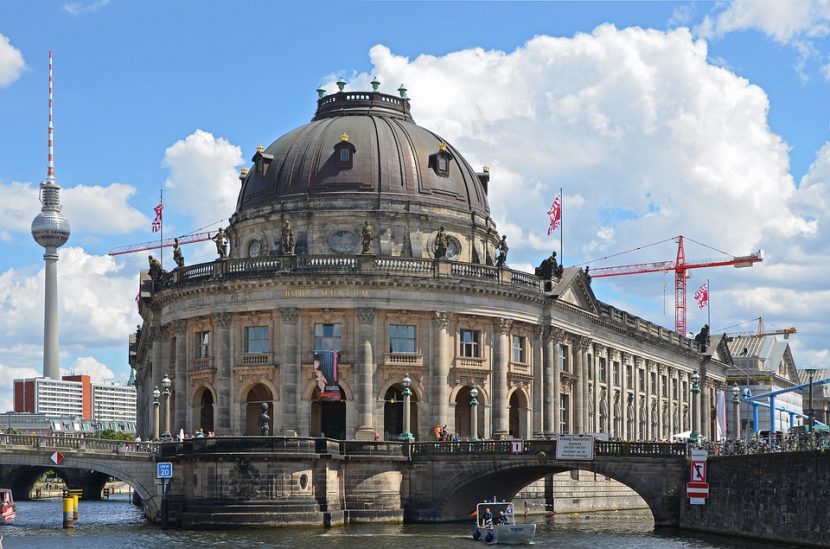 Museum Island — one of the coolest parts of Berlin

Between the River Spree and the Kupfergraben, lies Museum Island, one of the coolest parts of the city of Berlin. If you are looking to embrace some culture and see some creative art, don’t look any further.

Many of the city’s oldest and most important museums are located right here, including the Old Museum, New Museum, National Gallery, Bode Museum, as well as the Old National Gallery with its fine collections of 19th-century paintings.

What is amazing is that the entire island is completely traffic-free!

Special Tip: If you’re only able to see one or two museums due to time restrictions, make sure one of them is the Pergamon with its spectacular reconstructed historic buildings from the Middle East.

5. Discover the best of Bavaria in Munich 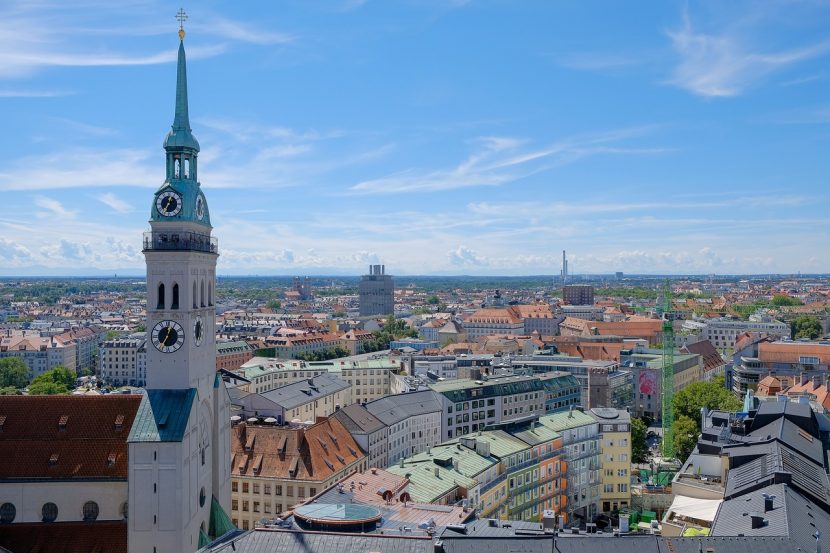 The view of Munich

Known for super famous Oktoberfest, one of the top 5 football teams in the world, Bayern Munich, and some of the best quality of life in Germany, Munich is a dream destination when it comes to visiting Germany. The place is also home to several opera houses and theaters, where we recommend taking a visit to the National Theatre.

But your first stop on your discovery of Munich should be Marienplatz, where you will see probably the most beautiful old town in the entire country, the highlight being the New City Hall and the Old City Hall.

What is especially interesting is that in the Middle Ages, right here on this exact square, many markets and tournaments were held. Just imagine the sound of old trumpets and the smell of homemade food.

If you are staying for more days, check out the Allianz Arena, as well as the old Olympic Stadium, the amazing Englischer Garten, one of the biggest parks in Europe, and a very interesting  Old and New Picture Gallery. 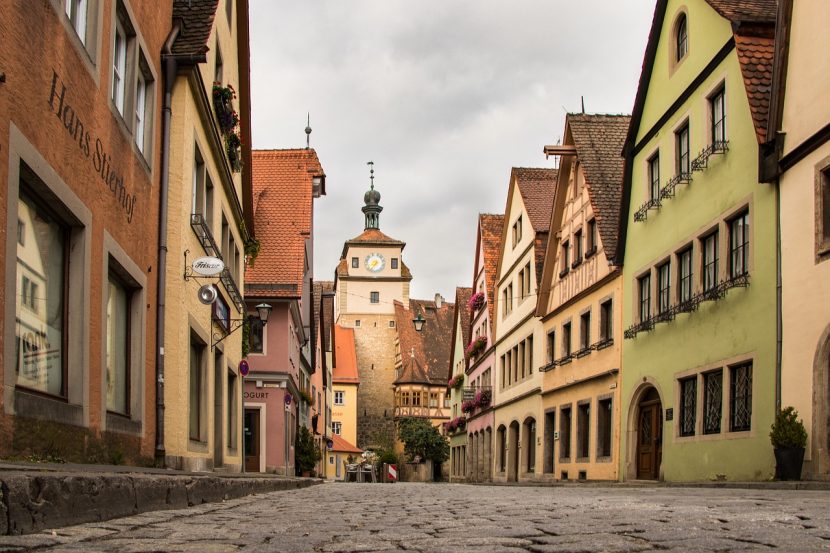 Charming Rothenburg ob der Tauber
The old Franconian imperial city of Rothenburg, one of the most attractive places on Germany’s famous Romantic Road tourist route, lies on the steep banks of the picturesque River Tauber. With its walls and towers untouched since the Thirty Years War of 1618, this completely preserved picture-perfect medieval town offers endless charm.
Individual buildings of note include the imposing 13th-century Town Hall (Rathaus); the wonderful Ratstrinkstube, or Council Tavern, built in 1466 with its interesting clock; St.-Georgs-Brunnen fountain, built in 1608 near the end of Herrngasse; St. James’s Church with its fine high altar dating from 1466; and the Imperial City Museum. Simply walking the old streets past these beautiful buildings is a timeless experience, especially if it involves the Plönlein, one of the town’s most picturesque spots.

7. Venture into the Black Forest 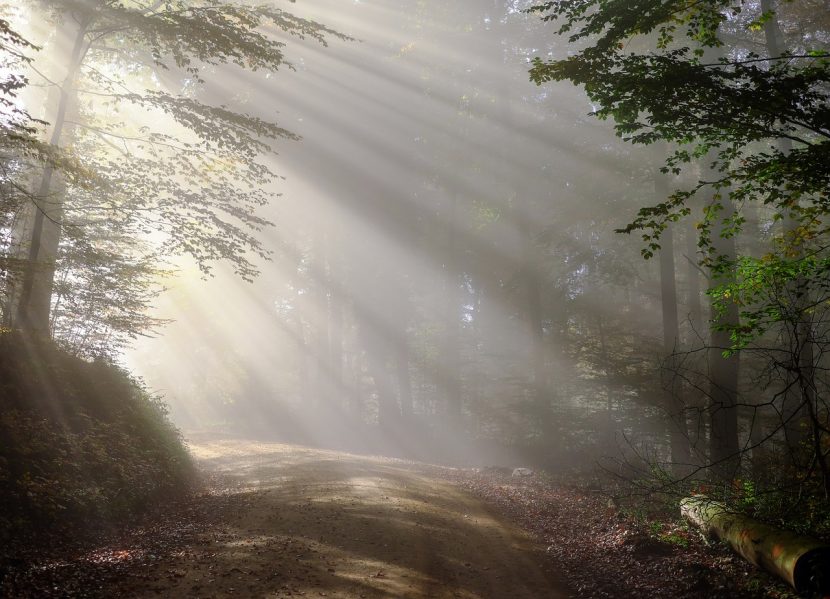 Thoroughly deserving its name, the National Park of Schwarzwald or literally ‘Black Forest’ is so dense in parts that the sun barely penetrates, leaving you to explore a twilight world of magical groves and pine trees, breaking out into vast lakes and idyllic farmland. Use Freiburg as your base, a pleasant student city with some beautiful churches and fairytale Gothic architecture of its own.

There’s plenty of good value accommodation if you want to stick around for a short break; try Hotel Classic, located north of the city on the tram route and 5 minutes away from the highway for road-trippers. To get out into the wilderness for the day, join one of many Black Forest guided and self-guided tours, including helpful DIY itineraries from Freiburg by car or train from companies like the Black Forest To Go. 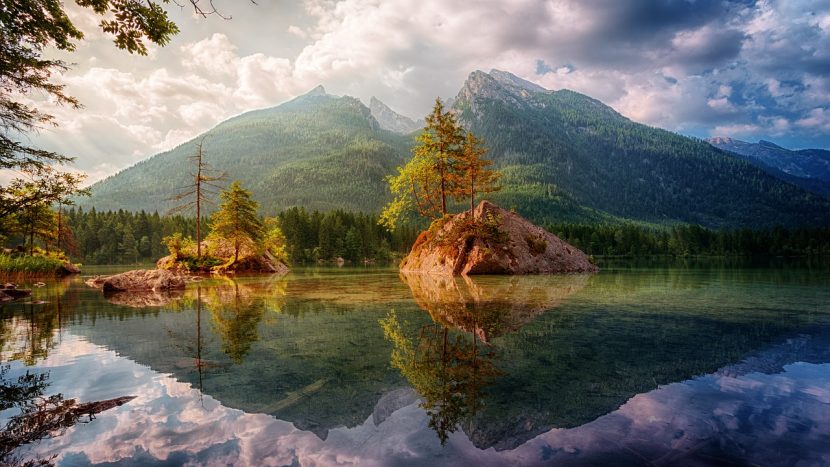 The Berchtesgaden National Park is representative of nature devoid of much disturbance by the human hand. In essence, the national park is a haven of lush forests, crystal clear lakes, steep rock faces, rolling meadows, and sleepy little villages.

Trails that are clearly indicated wind through the gorgeous scenery while they brim with opportunities for cycling, hiking, and Nordic walking. And do be sure to see lake Königsee, which rivals most Norwegian fjords for sheer beauty, the only difference being that the lake is far cleaner. 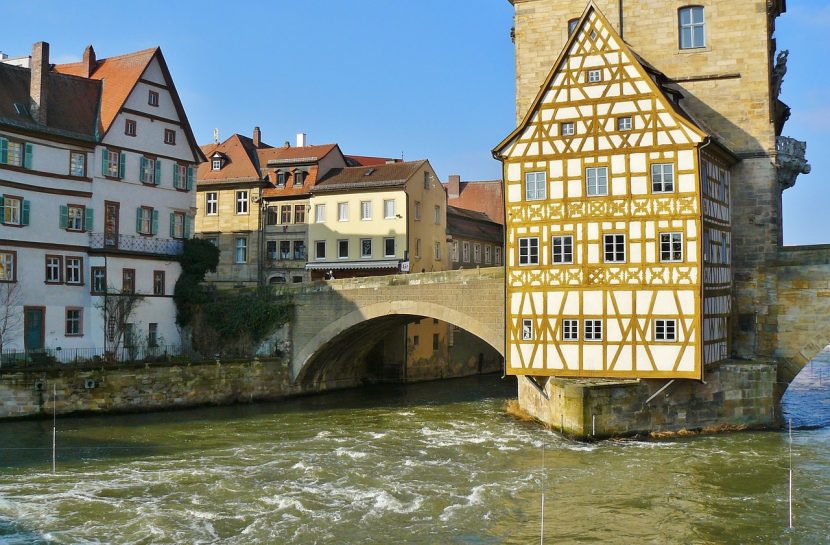 The charming city of Bamberg

Bamberg, a charming city located in beautiful Bavaria, is home to a number of astonishing architectural landmarks. None more interesting than the Old Town Hall, a true gem of the city. The city lies on the edge of the Regnitz, a river, which flows into the Main seven kilometers downstream.

The city is known as a university town and is also a significant important cultural hub, with a great number of festivals and activities. What is most amazing in Bamberg is its wonderfully preserved historic downtown, where walking down the street feels like taking a step back into medieval times.

You can almost see royal knights on their horses galloping proudly down the streets.

10. Learn some history at Checkpoint Charlie 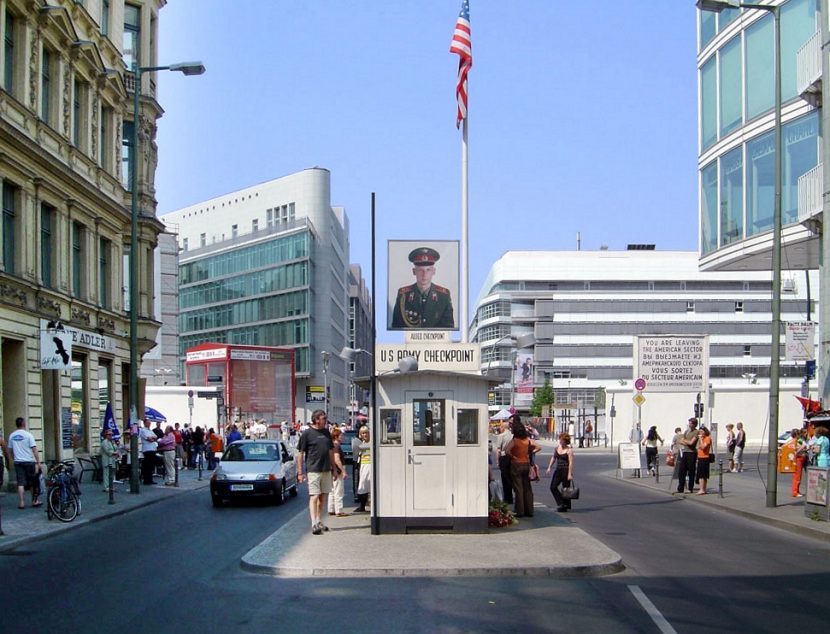 You might not know it by this name, but Checkpoint Charlie was the best-known border crossing point between East and West Berlin. Today, it is a symbol of the Cold War. Place where many citizens escaped from East Berlin and where hope for a better future was created.

After the erection of the Berlin Wall in 1961, this was the place where the famous standoff between US and Soviet tanks happened. Right beside in the “Mauermuseum (Haus am Checkpoint Charlie)” you can see some of the most spectacular escape vehicles such as the one-man submarine and some other exhibits that document the time during the division.

Thanks to Planetware, the Crazy tourist, and Skyscanner for the information provided to write this article.

Are you looking for fun ways of exploring the world digitally? Visit our Cultural Places platform and check out our digital tour guides that you can enjoy from home or on-spot. Let’s start with Vienna:

This tour covers historical highlights, reveals fascinating stories, and takes you down a few cobblestone streets that most visitors never see.

Learn more
places you must visit in Germany
Related Posts 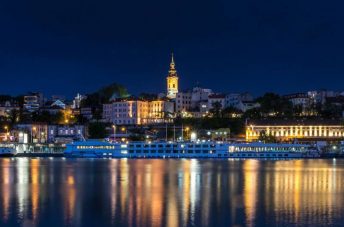 Visit Belgrade: How to Explore Belgrade in 24 Hours 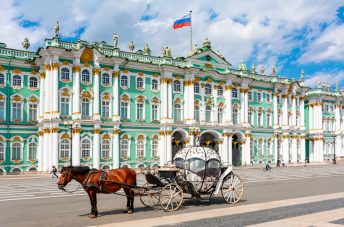