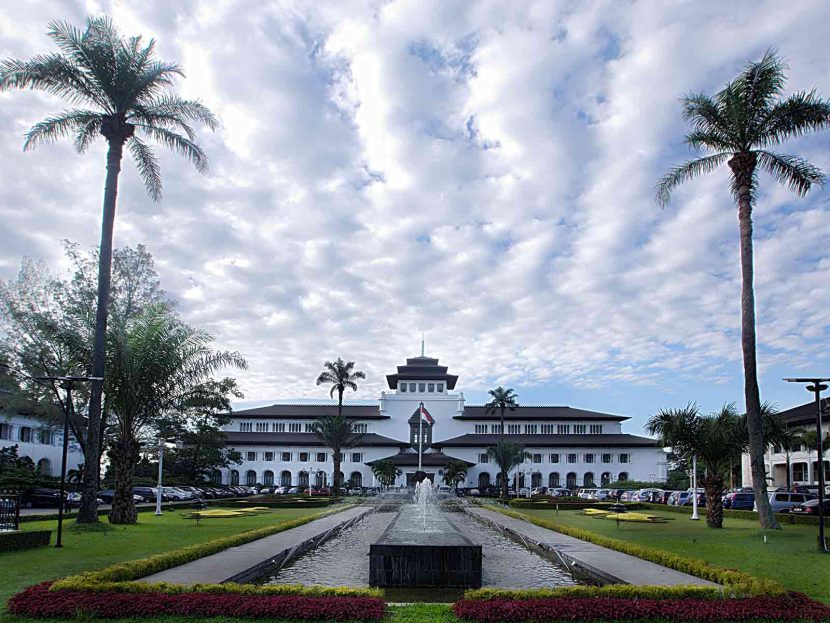 Visit Bandung, Also Known as the “Paris of Java”

Although it might sound like a platitude, Bandung really deserves its nickname – The Paris of Java. Today the third-largest city in Indonesia went through real cultural and urban growth during the latter part of the Dutch colonial era. This is when many restaurants, cafés, luxurious hotels, and European boutiques were opened. European-inspired architecture is only one of many good reasons to visit Bandung. Nature is stunning too. The city is nestled between three mountains and has a cooler climate than other Indonesian cities which makes it a great destination of travelers and hitchhikers who are looking for body renewal and peace of mind.

Let’s check out some cool places in this great city.

Get outdoor at Gasibu field

In the center of the city you can find this cool outdoor spot ideal for a workout or play with your children. This is probably the biggest public space in the city. During the colonial era, it was called Wilhelmina Field, after the Queen of the Netherlands. History books tell us that she reigned for nearly 58 years, which is longer than any other Dutch monarch. Bandung people come here to play sports, ride a bike or enjoy some leisure time. Remember that the best timing for your visit is in the early morning when the air is still fresh, or late afternoon and evening. 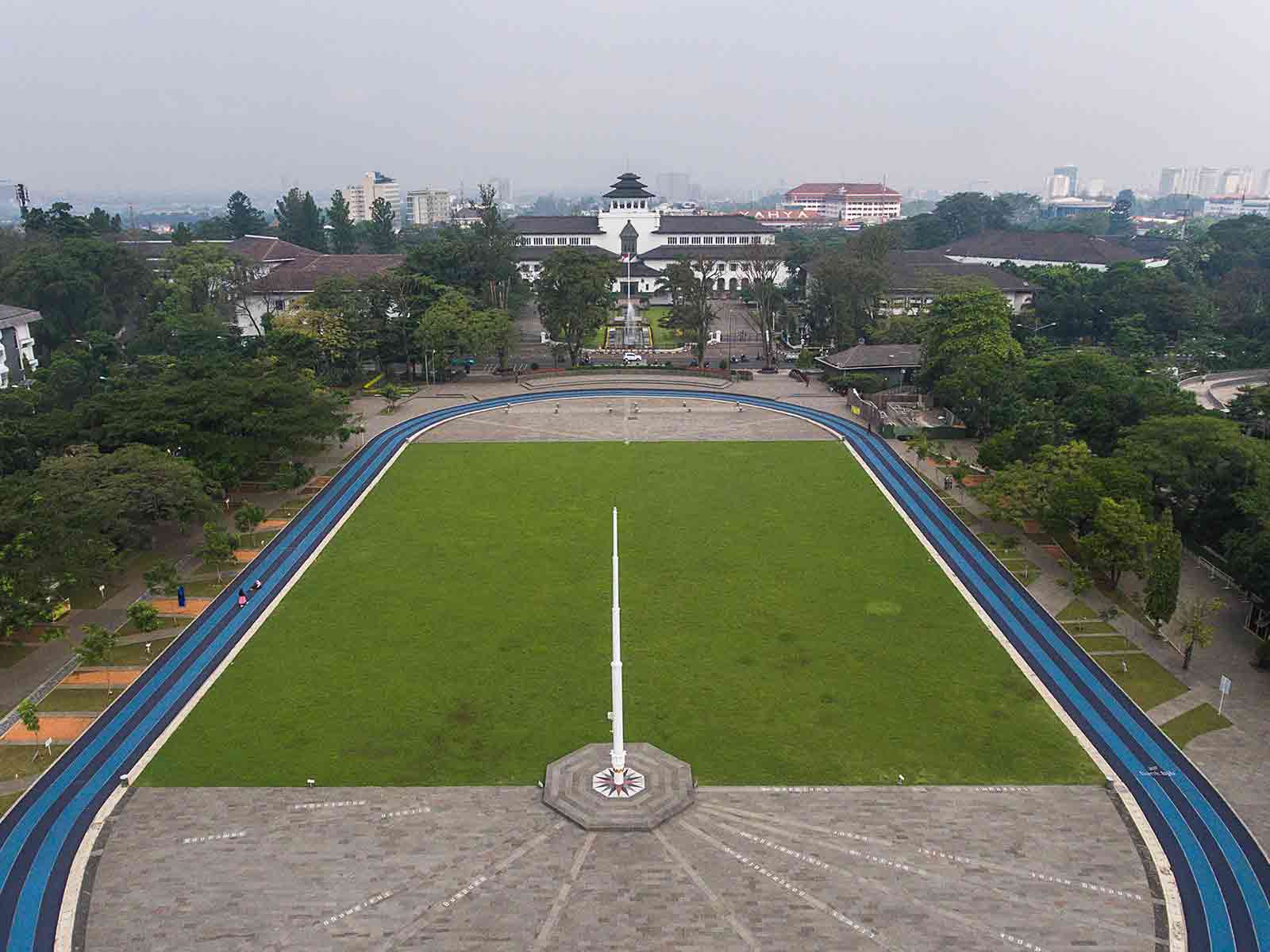 Sate Building or Gedung Sate is a great piece of architecture to check out while in Bandung. Built by Dutch architects and engineers, Sate Building was designed in the style of neoclassicism and infused with the style of Indonesia’s traditional architecture. Today, the building serves as the seat of the governor of the province of West Java but it is also a museum. You will also see the unique characteristics of Art Deco dominating this building in terms of its functionality, material, and design. A really cool place for architecture lovers.

At the highest part of the Gedung Sate, you can get a great view of the surroundings: the scenery of Gasibu Field, West Java’s Monument of Struggle as well as the rural surroundings. Here you can chill out while enjoying the view, take some pictures, or have a cup of coffee or tea.

Where the Non-Aligned Movement started

Merdeka Building is another important architectural landmark in Bandung that you might want to see. Built-in art-deco style, it serves as a museum today. Here you can see collections of relics and photographs of the Asian–African Conference known also as Bandung Conference, held in 1955. It was actually a significant milestone in the development of the Non-Aligned Movement. During the colonial era, during the times when Bandung earned its nickname – Paris Van Java, this building was one of the most renowned in the city, so make sure to come and see why.

Get lost in the beauty of Djuanda Forest Park

Time to check out some of the natural surroundings. Djuanda Forest Park is a beautiful botanical garden located around a 30-minute drive from the city. Here you can really rest your mind and soul. There’s a lot of forests to walk through, some stunning waterfalls to see and caves to check out. At the same keep in mind that you will be surrounded by various protected plant and animal species. Most famous caves in the area are the Dutch Cave and Tahura Japanese Cave. Both have some interesting history behind, so it might be a good idea to get to know a little bit about them. It might give you a better experience. To take some cool pictures of this place visit the Keraton Cliff. It is situated above the park and will give you some spectacular views.

Have a cup of tea and culture at Dago Tea House

There is another great place in Bandung if you like beautiful panoramas. Dago Tea House will give you some enchanting views of the valley of Bandung city. You might especially enjoy it at night, with the refreshing cool air and the flickering lights of the city while you’re having a nice dinner. Although it was originally a place for tea and food or restaurants, this place later becomes the West Java Provincial Cultural Park. All sorts of cultural activities are going on here so you might stumble upon a nice show in an opened theatre, good exhibition in an art gallery or an interesting workshop. Actually, the whole area of Dago in the North Bandung region has a special charm to it and is packed with various tourist attractions and interesting culinary centers. It was the most favored place by the Dutch during the colonial era too. Come and see what the fuss is about. 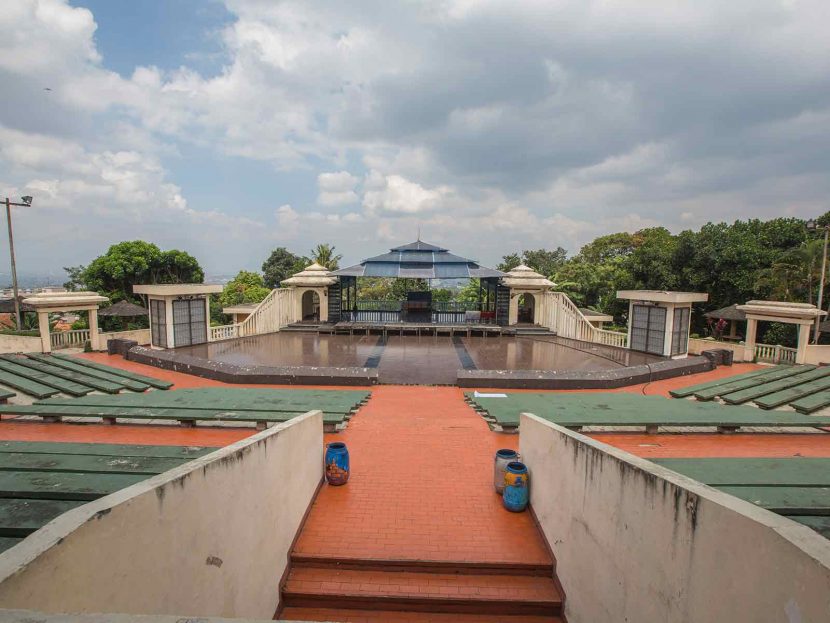 This was just a short story about beautiful Bandung. To learn even more make sure to download our  Cultural Places App and find our media guided tour through Bandung – the Paris of Java.