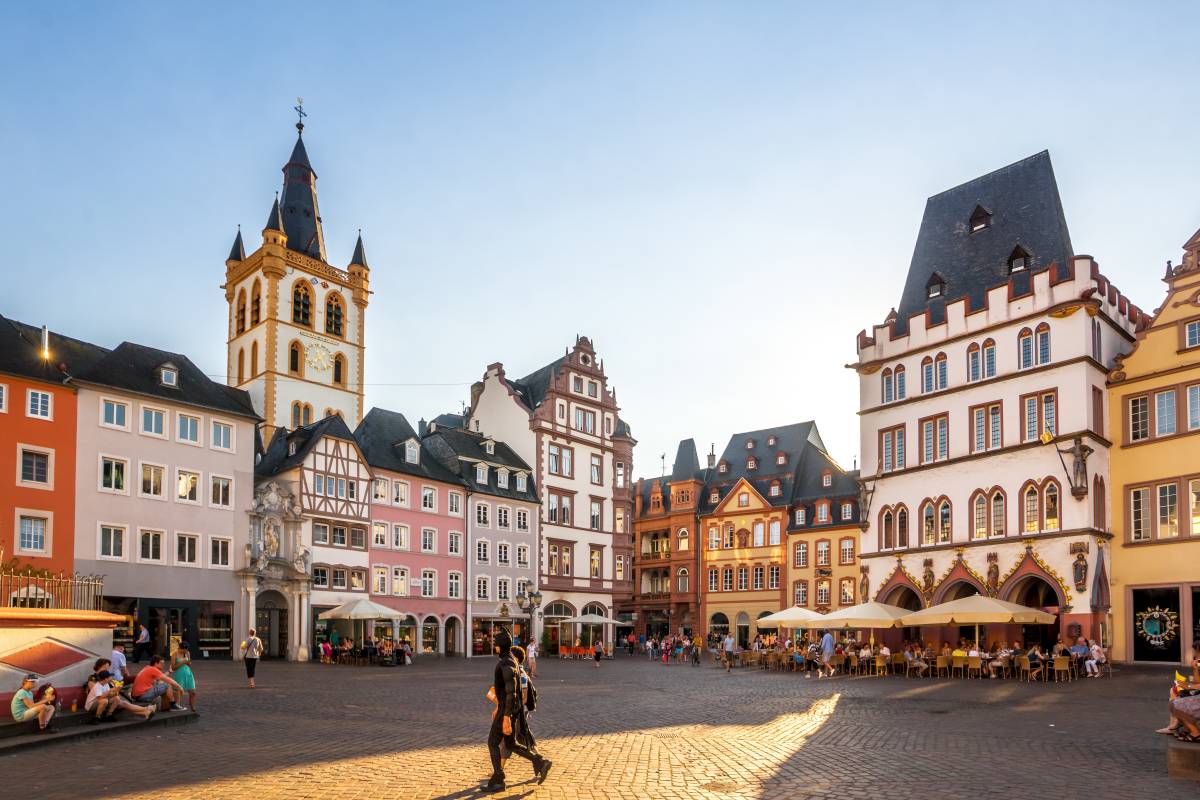 5 Best Cities to Visit in Germany off the Beaten Tracks

Germany’s cities have everything: cozy towns with fairytale castles to modern cities with numerous skyscrapers. With so many great locations, it wasn’t easy to choose the best ones and keep the list short…

Here are five of our favorite German cities off the beaten track with a lot of culture to discover!

Rothenburg ob der Tauber is a small town in the Franconia region of Bavaria, set on the steep banks of the river Tauber. It is known for its well-preserved medieval old town, one of the most popular stops on the country’s Romantic Road tourist route. Walking through its cobbled streets feels like stepping into fairytale land. No wonder they filmed scenes of Harry Potter and the Deathly Hallows here!

We recommend visiting the imposing town hall (Rathaus) – its oldest parts date back as far as the 13th century. There is also a walking tour along the old town’s walls: wander along and see all of the 42 town gates and towers in about half an hour!

Our favorite spot in this gorgeous little town is Plönlein (“Little Square”). Technically, it is an intersection, but its cobbled streets leading through tower gates are especially picturesque.

Trier is known to be the oldest city in Germany. It’s located in the middle of the famous Moselle wine region – so it’s well known for its delicious wines!

Thanks to gorgeous medieval buildings like the Cathedral of St. Peter and the Church of Our Lady, Trier is on the UNESCO World Heritage List. The Cathedral of Trier is a true mixture of styles because it was extended again and again over time.

Porta Nigra is one of the Roman gates, dating back to the 2nd century. Yes, Trier was a Roman settlement! Other unmissable sights are the Amphitheatre, the unfinished Imperial Baths, and the Barbara Baths, the second largest baths in the entire Roman Empire.

Trier has an impressive main city square or marketplace, called Hauptmarkt, that dates back to the 10th century. On this square, you’ll find a gorgeous fountain called Petrus-Brunnen, which is the symbol of this square.

The Hauptmarkt in Trier’s old town

Our Frankfurt is famous for being the largest financial center in the EU and home of the biggest book fair in the world, the Frankfurt Book Fair. The central business district is filled with skyscrapers, but besides that, there is a lot to see and do in its lovely historic neighborhoods.

One of the main things to see is Römerberg (lit., “Roman Mountain”), the quaint square in front of the city hall which dates back to the 15th century. Picturesque medieval houses and a Lutheran Church line the square, and the ‘’Justititabrunnen’’ fountain sits in the middle. Not far away you’ll find the Frankfurt Cathedral – climb up its majestic tower and enjoy the marvelous view!

Frankfurt is also the birthplace of the famous writer Johann Wolfgang von Goethe. His birthplace is now a museum housing an exhibition about life in the 18th century and a collection of paintings from Goethe’s era. 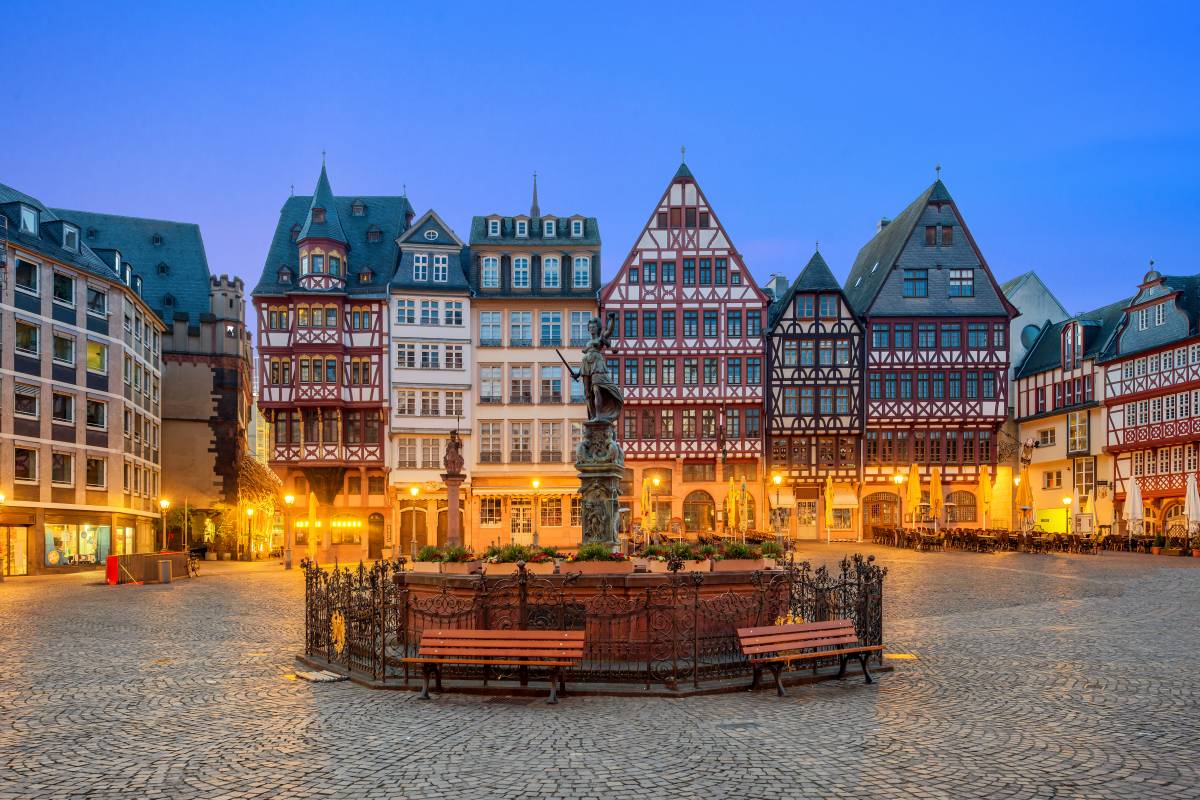 Frankfurt’s Römerberg in the evening

Bonn is another very old German city that was a former a Roman settlement. Sitting on the banks of the river Rhein, it has always been an important center for Germany. It used to be the capital of West Germany, and it certainly has the culture of a nation’s capital. If you are interested in recent German history, be sure to visit Haus der Geschichte – the museum of contemporary history in Bonn.

Possibly Bonn’s most famous son, composer Ludwig van Beethoven was born and raised here. You can visit his house and explore the fascinating artifacts such as hand-written sheet music, instruments he played, ear trumpets for his deafness, and even his death mask.

Bonn’s main market square and the gorgeous buildings surrounding it are worth a visit. Take a picture of the town hall, an amazing Rococo-style building, when the sun reflects in its golden ornaments. 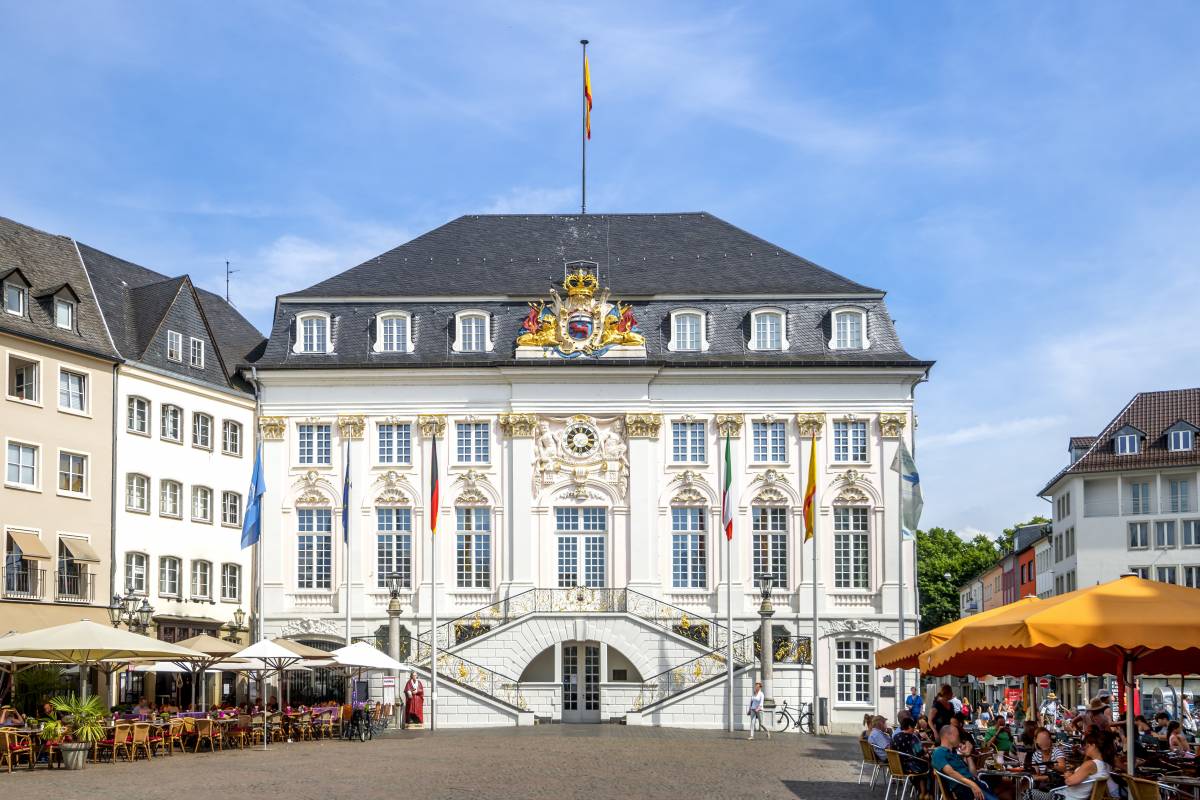 Another beautiful city in Germany we want to show is Dresden. If you didn’t know that it was heavily bombed in WWII, you probably wouldn’t have guessed! A huge effort was made in renovating its churches, buildings, streets, and bridges over time.

Don’t miss the baroque Church of Our Lady (Frauenkirche), a gorgeous landmark and one of the most beautiful churches in Germany, known for its exquisite dome. It was totally destroyed in the war, but private donations from around the globe helped its reconstruction. In 2005, the old church looked as good as new.

If you’re into Baroque architecture, you’ll definitely love the Zwinger Palace. Built in the 18th century, it served as a venue for court festivities and tournaments. Today, it is a museum complex that contains the Old Masters Picture Gallery, the Dresden Porcelain Collection, and the Royal Cabinet of Mathematical and Physical Instruments.

While in Dresden and the weather is nice, make sure to visit the Brühlsche Terrassen, set between the old town and the river. This so-called “Balcony of Europe” used to be a part of the city walls.

The banks of the river Elbe in Frankfurt

If you haven’t had enough, check out our blogposts about other exciting cities in Germany: 10 Amazing Places You Must Visit in Germany before You Die and There’s More Than Just Berlin: 5 Best Cities to Visit in Germany.