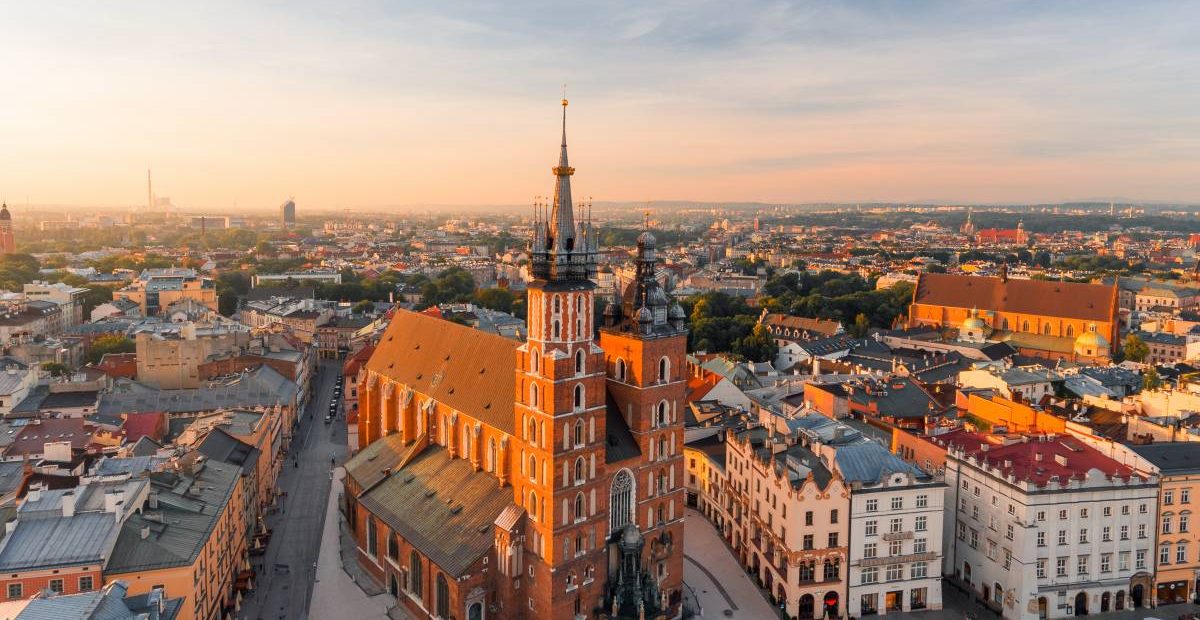 6 Best Cheap Cities in Europe — Traveling on a Budget

You don’t have to spend a lot of money on your travels to have a good time. We proved this already when we gave you inspiration for cheap European beach vacation spots to prolong your summer. There are also many budget-friendly cities in Europe that offer awesome sights along with promising you a good time. So to help you travel on a budget, we’ve created a list of the 6 best cheap cities in Europe. Let’s start exploring!

Krakow is a historical gem and one of the most culturally significant cities in Poland. Its amazing medieval old town is one of the finest in Europe, but it’s often underrated. Krakow’s main market square has been the center of the city for ages, and it is the largest city market dating back to medieval times in Europe. Today it’s the perfect place for a coffee break and people-watching. One of the most famous landmarks is definitely St. Mary’s Church with its two different towers. Then there is the Wawel Castle, which was once home to Polish kings and queens. Today, it houses museums and courtrooms, and you can enjoy an excellent view of the city. Besides being full of history, Krakow is famous for its bustling nightlife – so you’ll definitely have a lot of fun when you visit.

Thessaloniki is the second-largest Greek city and certainly a remarkable one. If you’ve already been to Athens and want to get to know more about Greece, we highly recommend visiting Thessaloniki next. Thessaloniki welcomes you as an amazing multicultural city with Byzantine, Roman, Ottoman, and Sephardic cultural heritage.

One of its most famous landmarks is the White Tower, which was a fortification in Byzantine times and later on it was used as a prison. Besides exploring Thessaloniki’s history and landmarks, you have to check out its nightlife which is said to deliver unforgettable experiences.  Try it out and let us know!

Interested in exploring Athens as well? Check out our blog post on picturesque spots in this amazing city, and discover it with our audio guides. 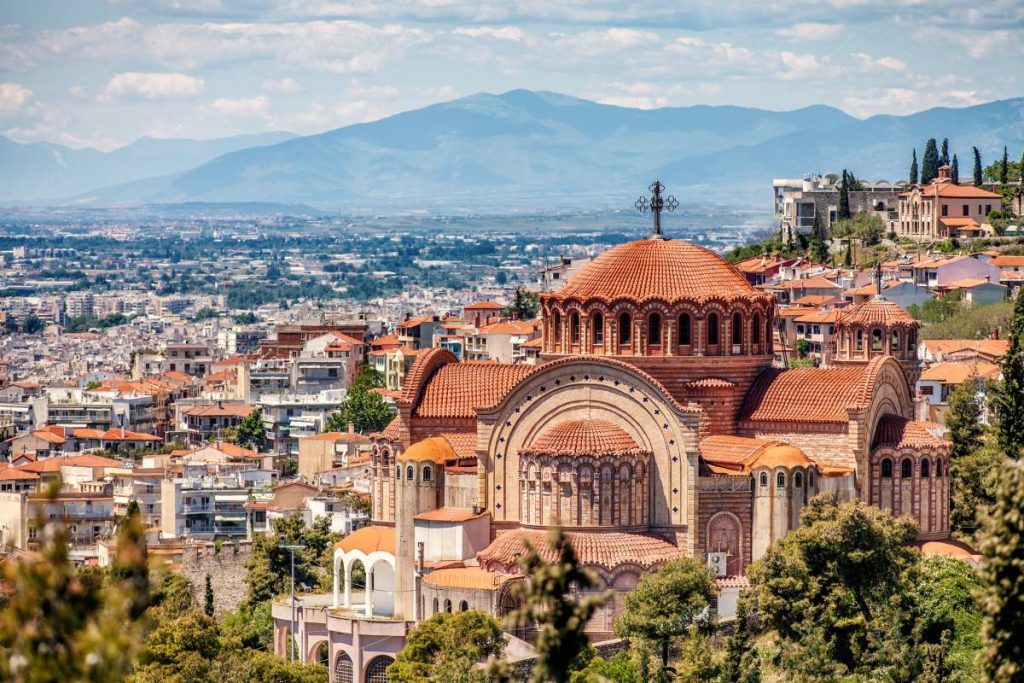 Thessaloniki is the perfect spot for a Greek Getaway.

Bulgaria offers many more places to visit and explore beyond Sofia, and Plovdiv is one of the best. Like almost every city in the Balkans, it was influenced by many different cultures: the Thracians, Greeks, Romans, Byzantines, and Ottomans. This becomes quite clear once you start exploring this gorgeous Bulgarian city. On arrival, the first thing you have to do is to wander through the streets of its remarkable old town to see its beautiful buildings, mostly from the Renaissance period. You’ll stumble upon many fascinating museums showcasing the city’s past, such as the Ethnographic Museum and the Revival Museum. 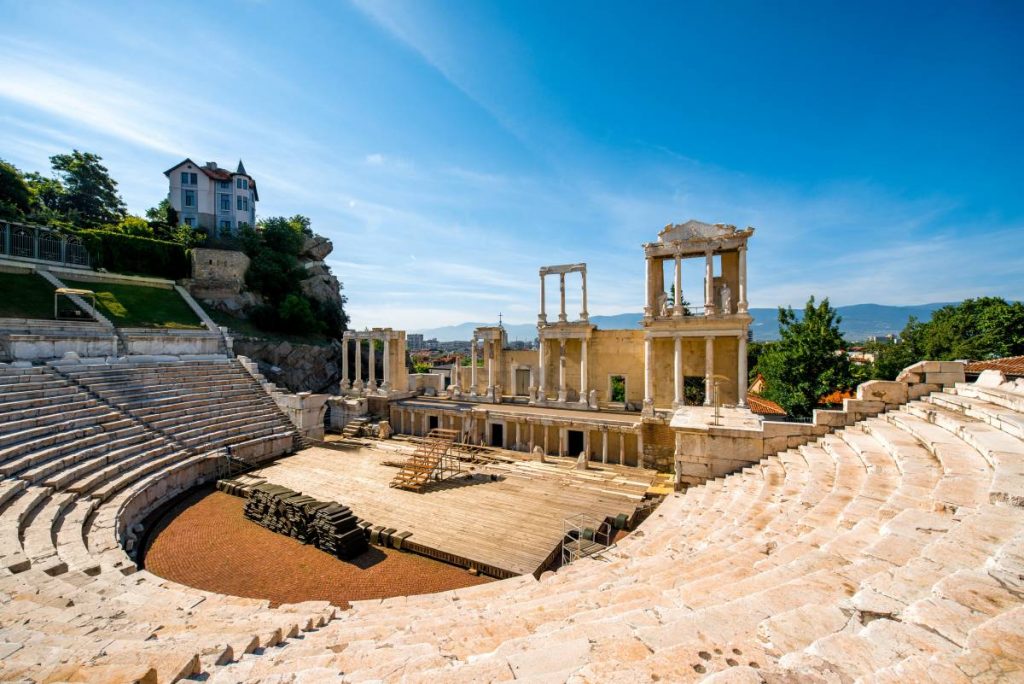 Plovdiv was heavily influenced by many different cultures such as the Thracians, Greeks and Romans.

The capital of Romania is another gorgeous city that you probably don’t know much about. Its city center is filled with bars, restaurants, and fast-food like many others, but you have to check out the Palace of the Parliament – the second largest building in the world (after the Pentagon) and Romania’s former dictator Nicolae Ceauşescu’s most infamous creation. There is a lot to see in Bucharest, so brace yourself for some serious sightseeing. And by the way, did you know that Bucharest was founded by Vlad Tepes, also known as Drăculea? He was the inspiration for Count Dracula, the famous fictional character in the same named novel. 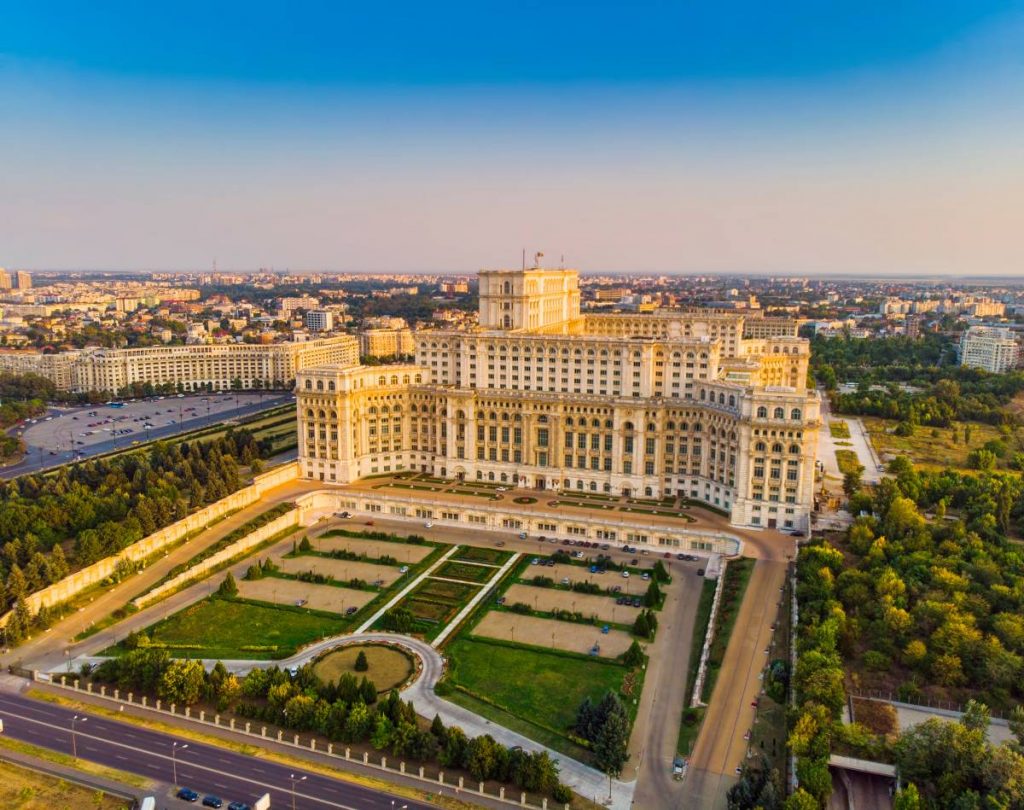 The Palace of the Parliament in Bucharest is the second largest building in the world.

If you’re traveling to the Balkans, you make sure to visit Bosnia and Herzegovina and its capital Sarajevo. It’s a true gem of the Balkans and is often called the European Jerusalem because of its multiculturality – Christians, Muslims, and Jews have been living there with one another for centuries, and you can see the impact of different cultures all over the city. The main pedestrian area in Sarajevo is called Baščaršija, where you can try the country’s famous ćevapi, buy very interesting souvenirs and feel the spirit of the East. 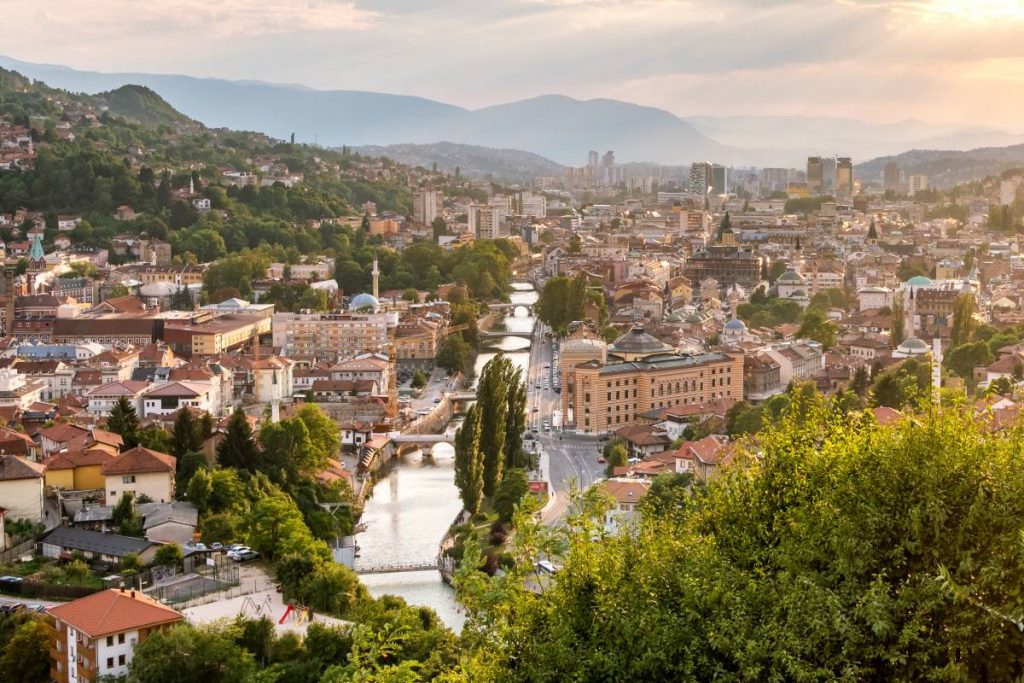 In Sarajevo, you can see the influences of other cultures all over the city.

Riga, the capital of Latvia, also belongs to our list of best cheap cities. We are sure you will love it as well.  Most of the stunning landmarks and architectural masterpieces are located in the historic center of Riga, the Vecrīga, which is listed as a UNESCO World Heritage Site. Simply enjoy the amazing buildings in this large Art Nouveau district, and don’t miss out on the House of the Blackheads – it’s basically to Riga what the Eifel Tower is to Paris, and it’s really stunning. When in Riga, you should also make your way to a typical Latvian spa to relax. 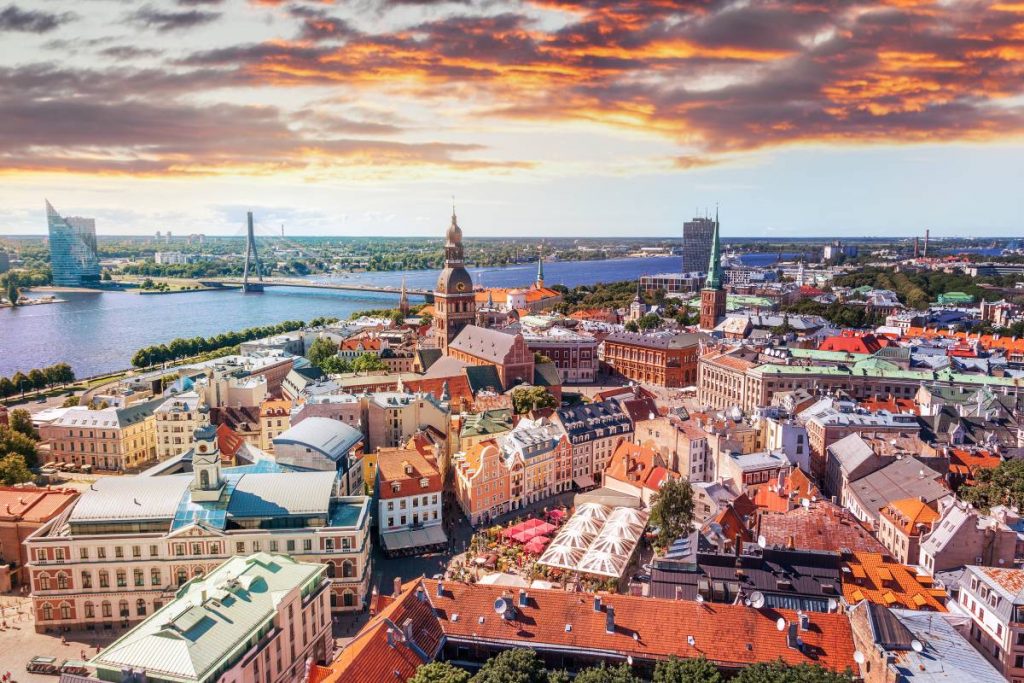 Riga shouldn’t be missing on our list of best cheap cities in Europe.

We hope we could inspire you with our suggestions for cheap city trips in Europe. Have you already been to some of these places yet or are they still on your list? In case we missed out on any cheap European travel destinations, let us know in the comments below!