7 Most Iconic Landmarks in Europe

Before we start, get our Cultural Places App and turn your phone into a virtual guide to these wonderful places.

The Colosseum in Rome

Even though its history is a bit brutal, the Colosseum is a very popular site in Rome. It’s actually the most popular landmark of the city of Rome, known worldwide. This Flavian amphitheatre was inaugurated in 80 A.D. with 100 days of games, including gladiatorial combats and animal fights, and was the largest one of its kind ever built. Today, it is open to visitors, you can even explore the underground tunnels, where they kept prisoners, the stands and more.

The Acropolis in Athens

When in Athens, you must walk up to the Acropolis – the symbol of Greek civilization and probably the most visited monument in the world. Tourists often mix the Acropolis and the Parthenon, so let’s clear this up: Acropolis is the hill where Parthenon, the temple dedicated to the goddess Athena sits upon, as well as the Odeon Herodes Atticus, Propylaea and Erectheion, all parts of the Acropolis complex. Acropolis dates from the 5th century and it is built to have a better view of invaders. It is the main and the most known symbol of Athens and if you didn’t climb up this hill it is almost like you’ve never been to Athens.

The Eiffel Tower in Paris

The Eiffel Tower welcomes almost 7 million people a year, making it the most visited paid-for monument in the world. This 342-metres high structure is one of the most popular symbols of Paris, the city of lights. When it was built in 1889, it was the world’s tallest man-made structure for 41 years, until the completion of the Chrysler Building in New York in 1930. Also, many believe that this landmark and his sparkling lights make Paris the most romantic city in the world.

This great Catholic Cathedral in Barcelona still stands unfinished, but it doesn’t make it any less popular or less spectacular. The Sagrada Familia is designed by architect Antonio Gaudi and it is his masterpiece. It has been in construction for the last 133 years, and it is to be finished in 2026. This marvellous building combines several architectural styles including Catalan Modernism, Art Nouveau and Spanish Late-Gothic, but the main inspiration for its construction is nature and variety of shapes that can find in it.

The main sight of the city of Pisa is this peculiar and impressive leaning tower, for sure. It’s a real tourist hot spot, and whenever you visit, you’ll see a bunch of people trying to take a photo in which it looks like they’re pushing the tower with their body. If you’re wondering why the tower is leaning, it’s because of the soft grounds. Later it became clear the 55-metre tower wasn’t just leaning – it was actually falling one to two millimetres per year. Today, it is more than five metres off perpendicular.

The Brandenburg Gate in Berlin

It’s impossible to miss the Brandenburg Gate when you are in Berlin. It is one of the most famous landmarks in Germany, a symbol of peace and unity that was built in the eighteenth century, and it’s certainly something to look at. It’s so old and it witnessed so many historical events that it’s almost unbelievable. Just think that you’re standing in the exact same place that Napoleon once stood… Amazing! And it is so picturesque, you have to take some photos.

Dubrovnik City Walls are considered to be the most magnificent fortification monument in Europe, so a walk along them is a must-do when in Dubrovnik, even in Croatia. The walls are about 2 km long, encircling most of the old city, and it takes about 2 hours to walk all the way around. While walking along, you’ll stumble upon gorgeous, crowded squares, impressive fortresses and hidden narrow streets with little shops and cafes. 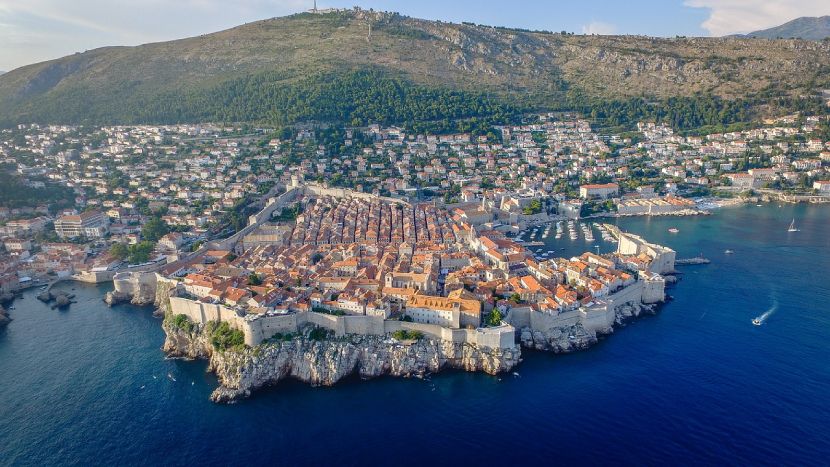 There are many more iconic landmarks in Europe, these are just some of our favourites. Europe’s cultural heritage is very rich, and no matter where you go, you’ll stumble onto amazing landmarks – enjoy them and take a lot of photos.