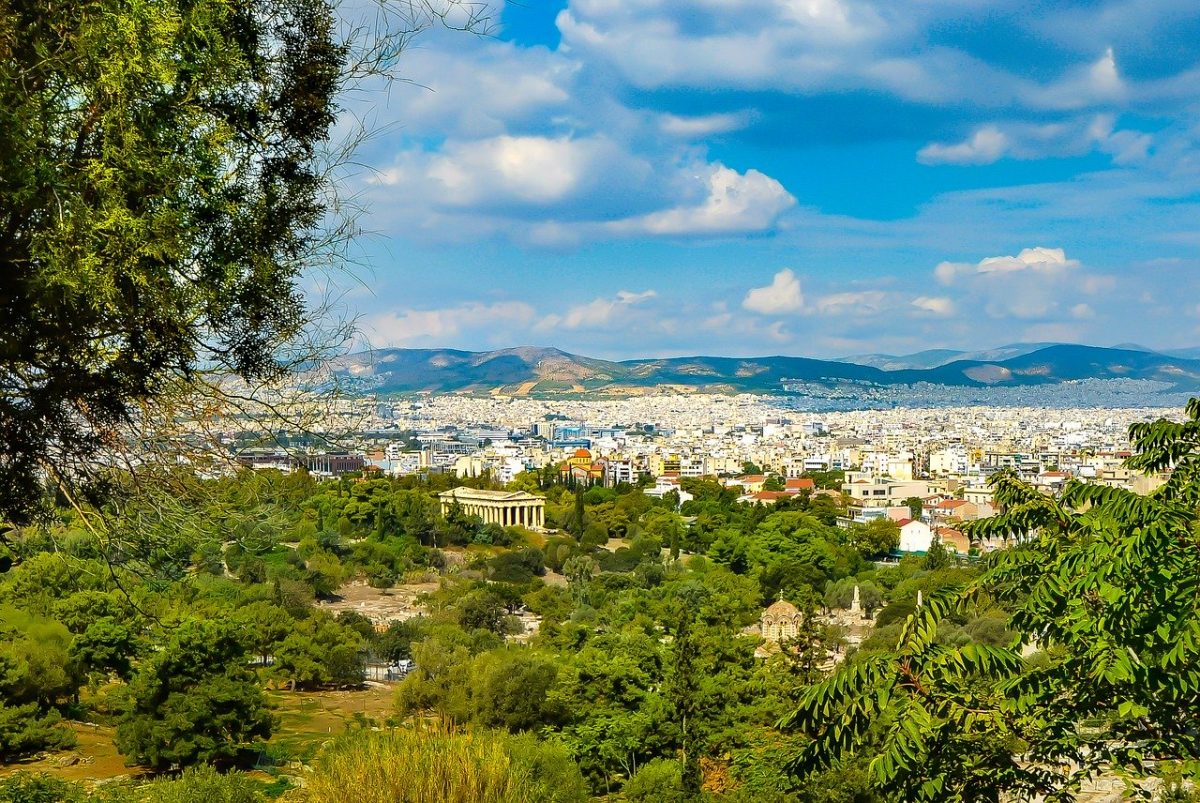 Best Things to Do in Athens: 5 Walks Around the City

The best way to explore a city is on foot. Athens is filled with many interesting areas to walk around and discover both the past and present of the city. Be sure to give yourself time to stroll around Athens along a few amazing streets that we’re about to show you, and discover the best things to do in Athens!

Be sure to visit our Cultural Places platform and you’ll find a few amazing tours around Athens, that will give you the freedom to explore the city by yourself, with only your smartphone.

Walking down Dionysiou Areopagitou street, you are between the past and the present. On the one hand, you can marvel at ancient buildings like the theatre of Dionysus and the Odeon of Herodes Atticus. On the other hand, many neoclassical and modern buildings were also constructed along this street in the late 19th century and the beginning of the 20th century.

The street starts from Amalias Avenue near the Arch of Hadrian and ends near Philopappos Hill, where it continues as Apostolou Pavlou Street. Along the entire street, you will enjoy a wonderful view of the Acropolis and the Parthenon.

Don’t forget to visit the Acropolis Museum, one of the best museums in the world, which is also located on this street. 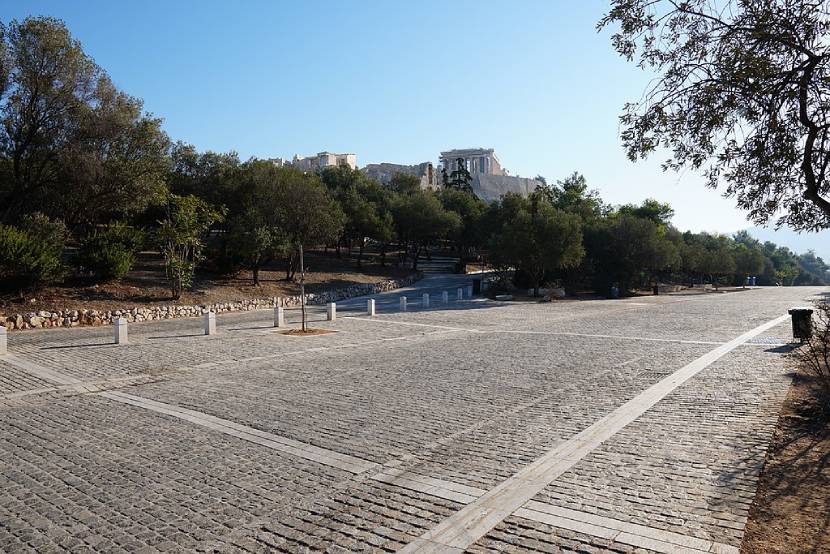 Athens is not famous for its green spaces, but there are some exceptions, and the National Garden is one of these. It is located in the heart of the city, next to the Parliament and was founded by Queen Amalia in 1836 as the Royal Palace Garden.

When you visit the area, make sure you have plenty of time to explore. The 154,000 m2 garden boasts hundreds of species of trees, shrubs, and other plants, as well as many bird species, a small zoo, lakes, various buildings such as the Children’s Library, the Botanical Collection Building, and a traditional café.

The National Garden is a great place to escape from the crowded Athenian metropolis, to listen to the birds, and to enjoy a coffee while strolling its paths. 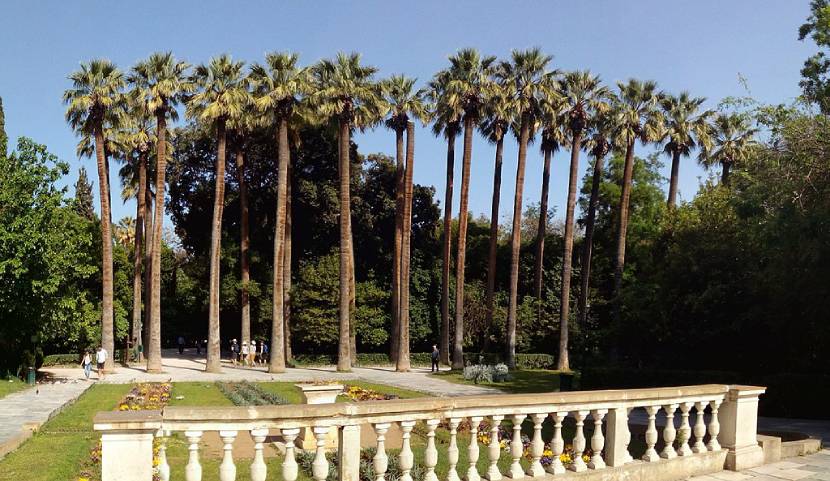 Ermou is a street for walking and shopping. Starting from Syntagma Square, you will find many stores, including international brands, department stores, and smaller shops. In the narrow streets that crisscross Ermou, there are many cafés and restaurants.

In the middle of the street, you will find a Byzantine church, Panagia Kapnikarea. It was built around 1050 AD. The Greek artist Photis Contoglou painted the interior frescoes, which he completed in 1955.

The pedestrian area of Ermou street ends near the Monastiraki area. However, do not hesitate to continue walking. In this area, you will find small hidden shops and old curiosity shops. 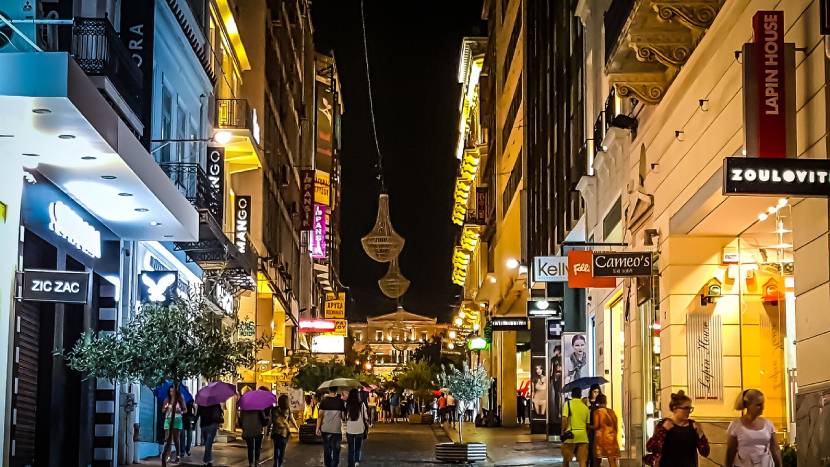 If you follow Ermou street down from the Monastiraki train station you will find this site on your right. It is one of the most important cemeteries in Ancient Athens, located on the northwest outskirts of the city. You can walk among the antiquities, ancient walls, and even a small ancient stone bridge. The most remarkable path is “the Street of Tombs”, where you can walk among replicas of the gravestones of the most prominent citizens of ancient Athens.

Be sure to visit the site’s small museum, as it houses finds from the Kerameikos excavations. 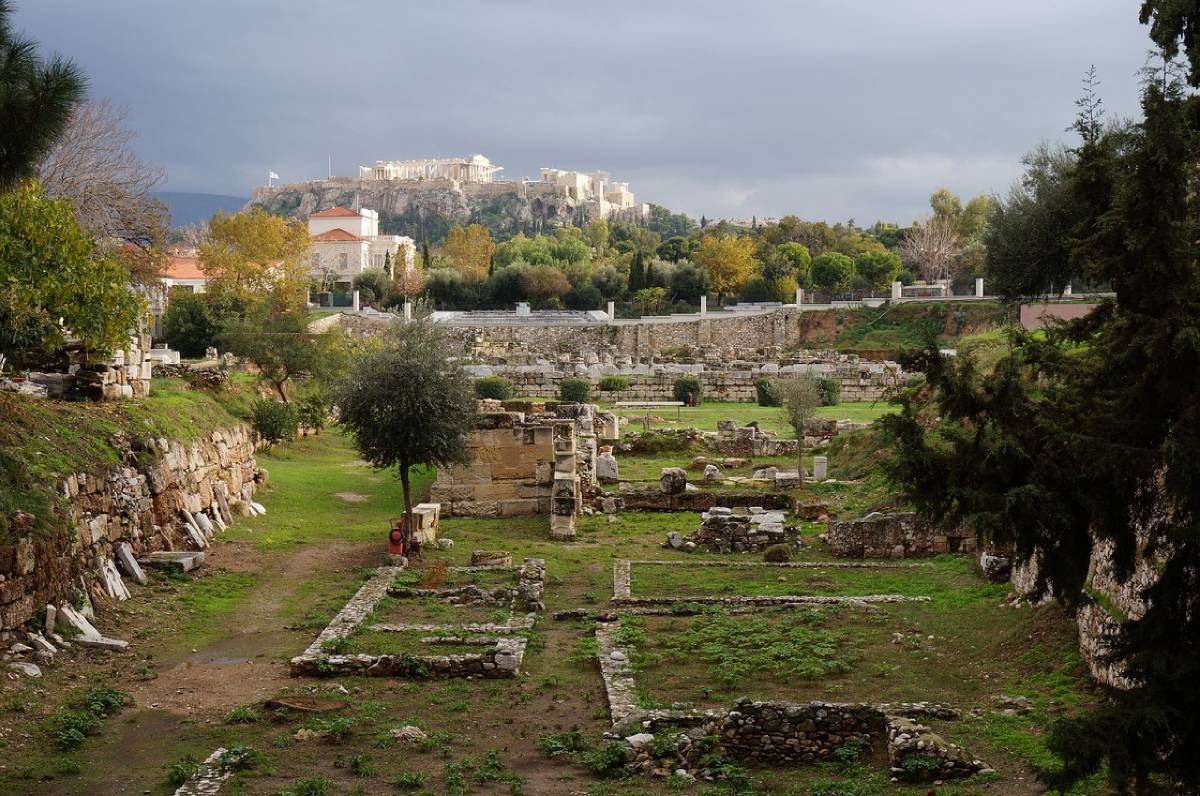 This is one of the busiest avenues in the city center. Starting from Megaro Mousikis metro station downwards towards Syntagma Square, you will experience very different and interesting features of the city of Athens, such as its architecture and its museums. If you are a museum lover, this street is for you. On the way, you will pass by the Byzantine Museum, the War Museum, the Museum of Cycladic Art, and many more. In the middle of your route, you can admire the Dromeas (eng. Runner), a giant sculpture by Costas Varotsos. It is constructed of thousands of sharp greenish pieces of glass stacked atop each other to form the blurred shape of a runner in motion. 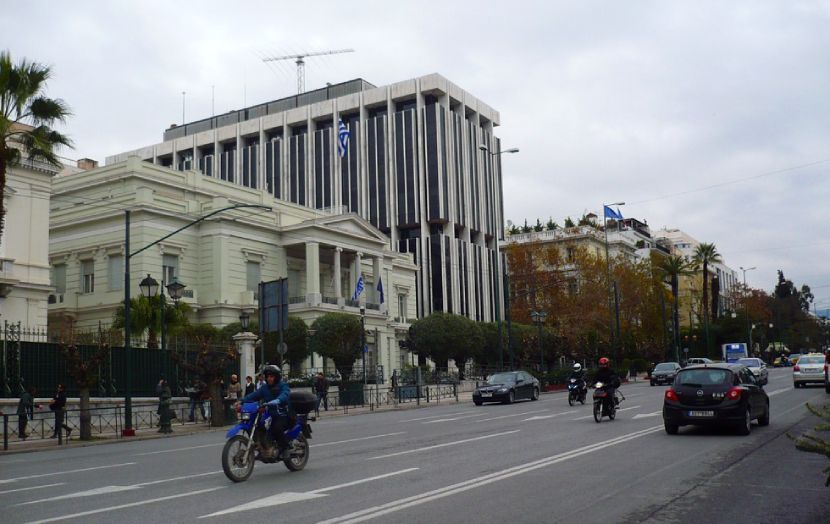 As you walk along Vasilissis Sofias street, you can certainly say that you have taken a trip through the history of Greece from antiquity to modern times. If you have had enough of walking, it is the perfect time to take a break in a café lining one of the narrow streets near Syntagma square, such as the streets near Mitropoleos or Kolokotroni street.

Interested in learning more about beautiful Athens? Check out one of our previous blog posts and enjoy planning your next trip: “Ultimate Must-see Places in Athens You Cannot Miss“