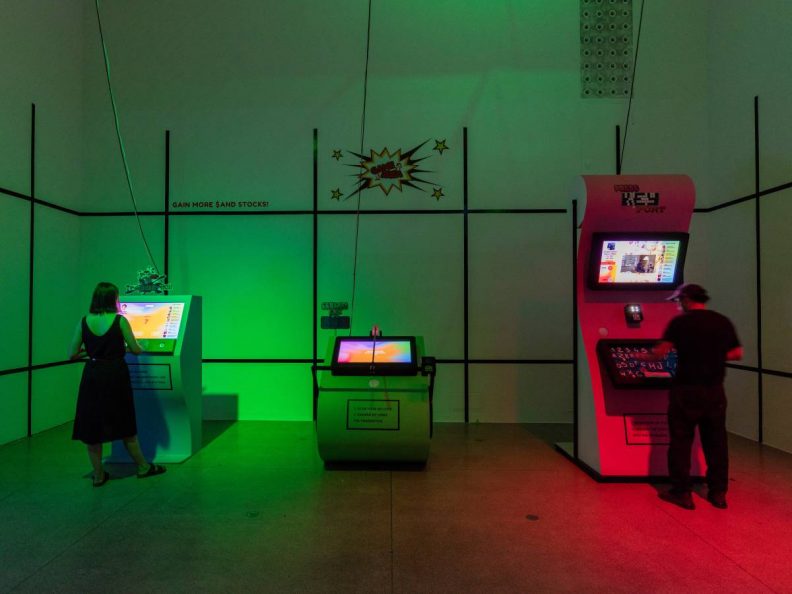 Last week the new exhibitions of the Vienna Secession opened with EBB & Neïl Beloufa, Lieselott Beschorner, and B. Ingrid Olson – we were at the vernissage and checked it all out!

In the main room of the Secession, Neïl Beloufa and his production company EBB present the interactive exhibition “Pandemic Pandemonium“. It is based on videos Beloufa produced back in 2014, showing the scenario of a global pandemic in which people communicate from home via digital channels. These videos were recycled and reprocessed – just as Beloufa likes to remix and work collaboratively in general. In conversation with Axel Stockburger from the Secession, for example, he talked about how he doesn’t believe in authorship and likes to work with different people.

The exhibition deals in a humorous way with the topics of cryptocurrencies, blockchain, NFTs, and the digital world. It is structured like a game: viewers become active participants and can solve puzzles, play slot machines and, with a bit of luck, win real works of art at the end. They move through different stations called Screen Talk, Cheat Island, Console of Quiz, Press Key Port, Hand of Vengeance, Tax Haven Roulette, and Souvenir Shop – an immersive installation of videos, sculptures, animated objects, interactive elements, self-developed game consoles, and digital artworks. Players can win virtual money in the currency “Sand Stock”, digitally color an image and save it as NFT in their own wallet, and much more. 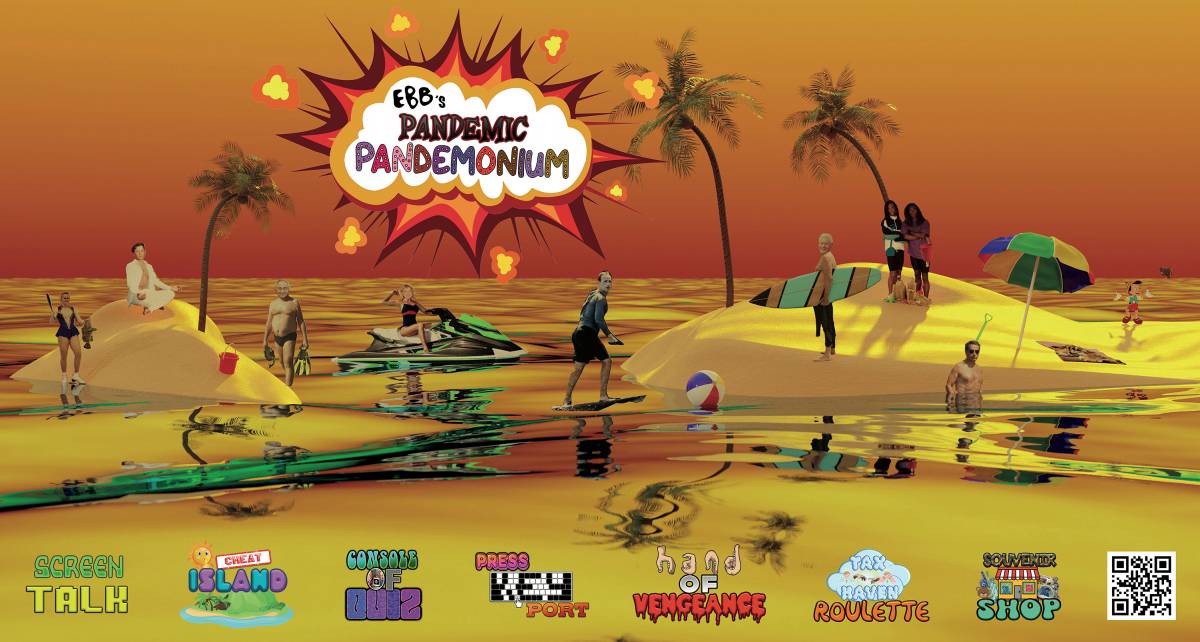 Beloufa’s production company EBB specializes in creating cultural experiences and productions using techniques of the so-called Web3 such as blockchain, NFT, and community tokenization projects. As a logical consequence, you can play through the exhibition not only on-site at the Secession, but also virtually on objkt.com.

Is the exhibition a critique of new digital communication, distribution, and financial trading channels? Or does it depict decentralized systems as an opportunity for society? Visit and decide for yourself, as there are no clear answers – as a statement Beloufa made in a 2016 interview points out, „The biggest danger is using art as a way to communicate some clear message, like it’s propaganda.”[1]

In addition to EBB & Neïl Beloufa in the main space, there are exhibitions from Lieselott Beschorner in the Graphic Cabinet and B. Ingrid Olson on view in the Gallery.

Lieselott Beschorner’s upstairs exhibition, “Im Atem der Zeit [In the Breath of Time]” features recent work as well as works from her earlier creative periods. She has been associated with the Secession for many decades, as she was one of the first women to become a member of the artists’ association in 1951 and had her first solo exhibition there as early as 1954.

In the Secession basement, B. Ingrid Olson is exhibiting new works in the exhibition “Elastic X“, from installations to small sculptures to photographic objects. Regardless of the medium, she continuously explores the perceived relationships between her own body, the bodies of the viewers, and the architectural body.

PS: By the way, the exhibitions of the Vienna Secession are also listed in our new Kulturkompass Austria 2022 – you can find more about it here. 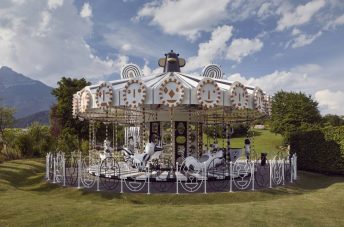 “What’s On” in Austria? Don’t miss these exhibitions this summer! 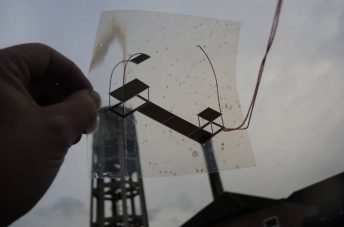 What’s On in Winter – New Exhibitions in Austria